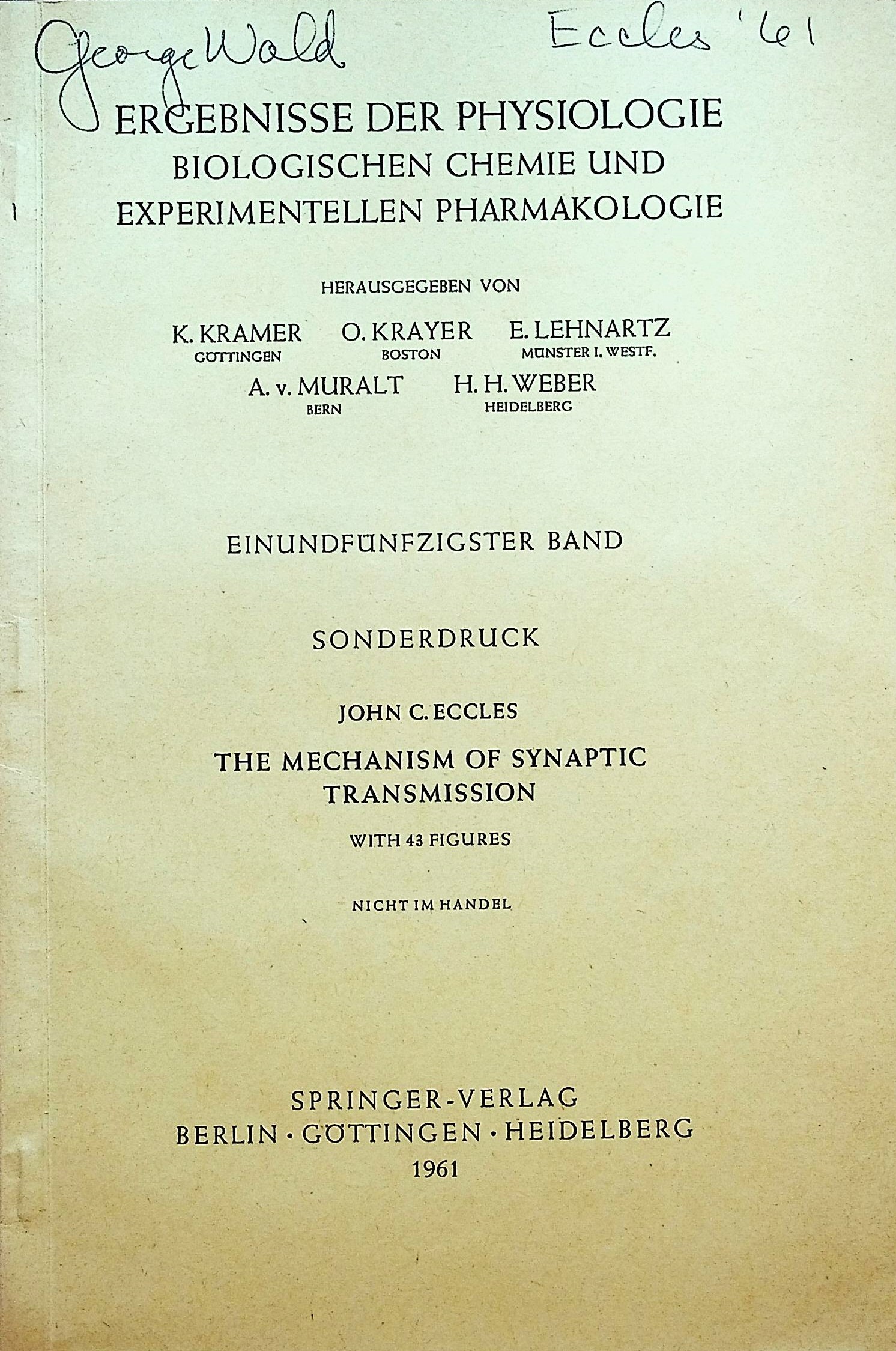 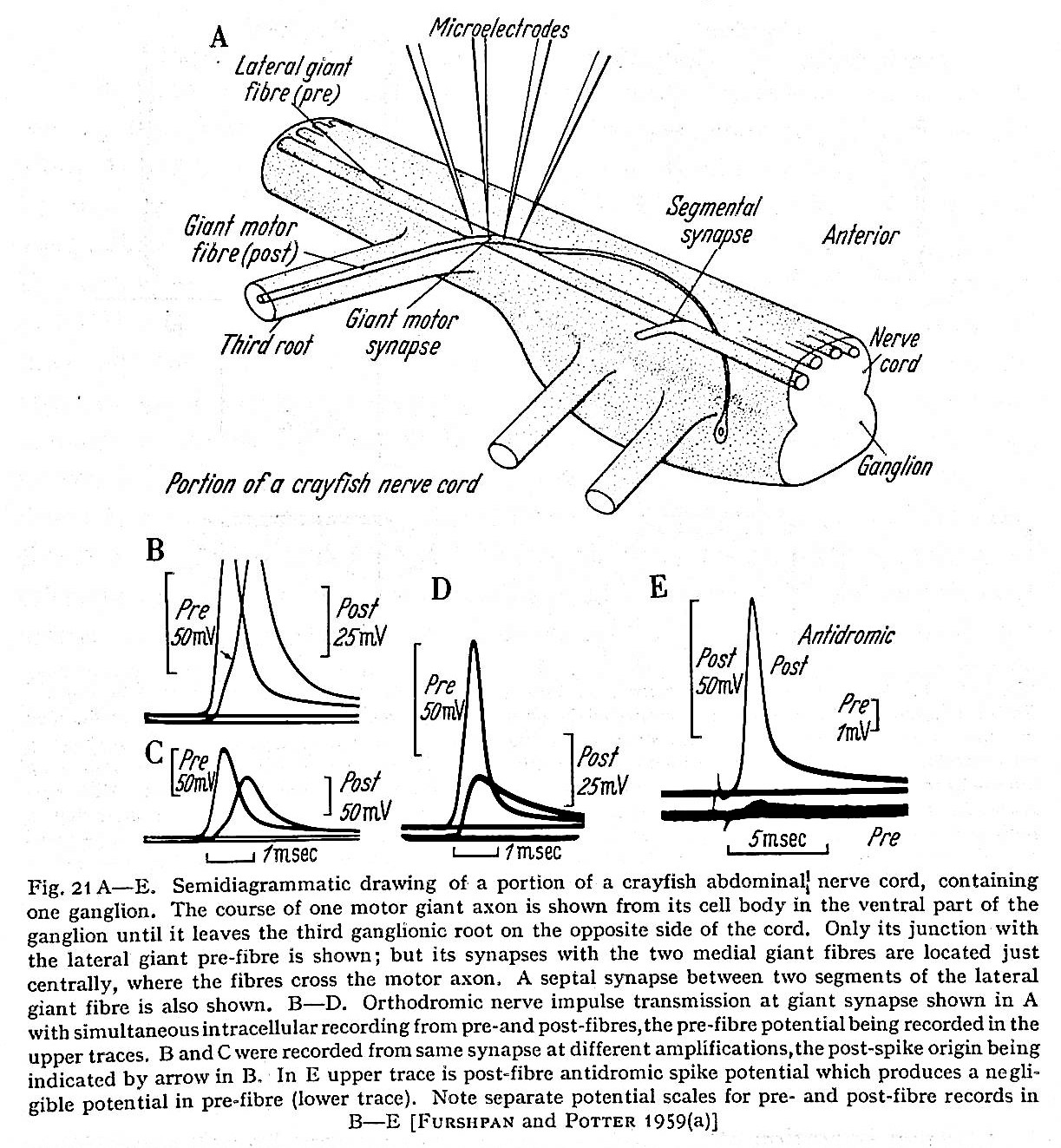 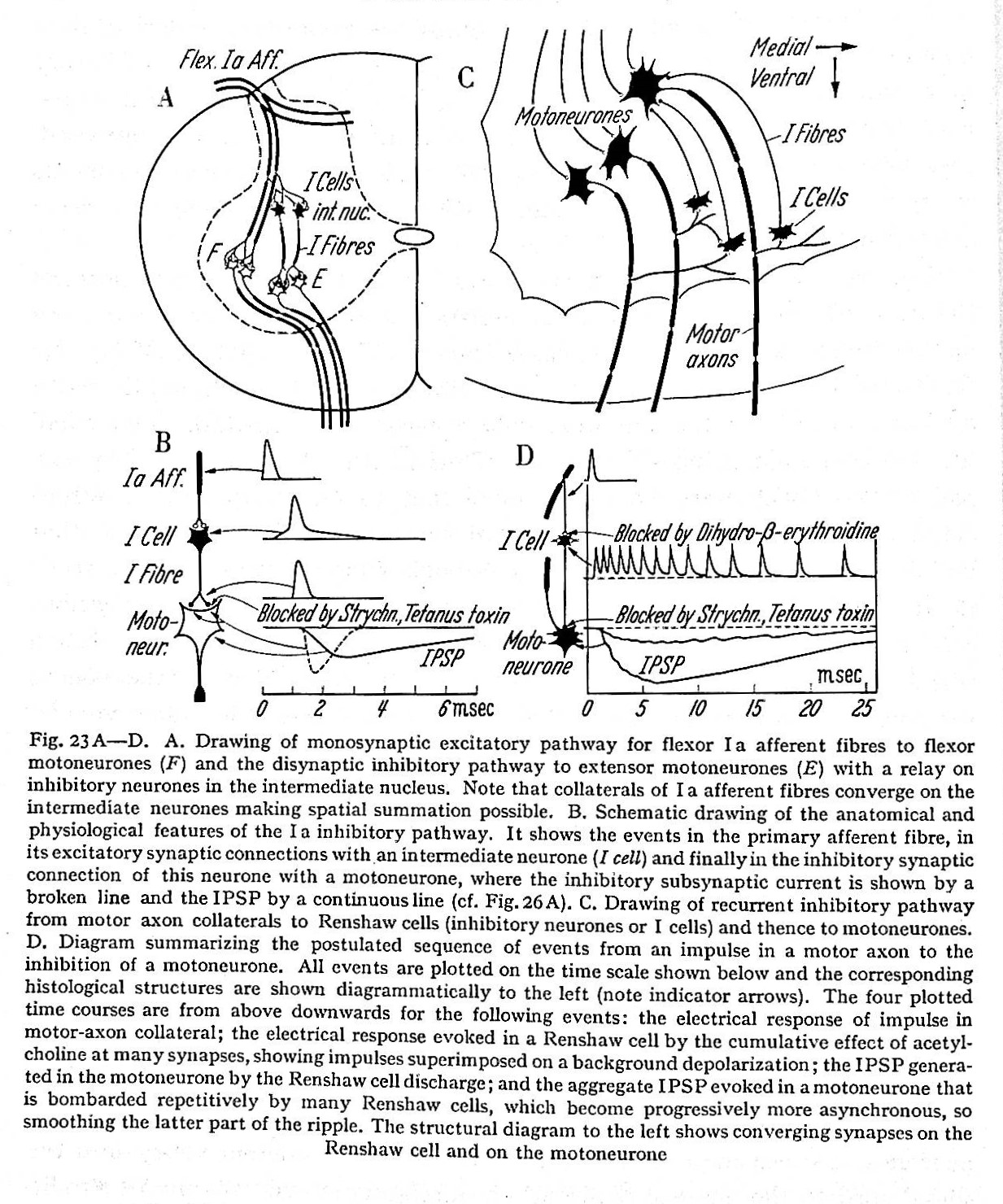 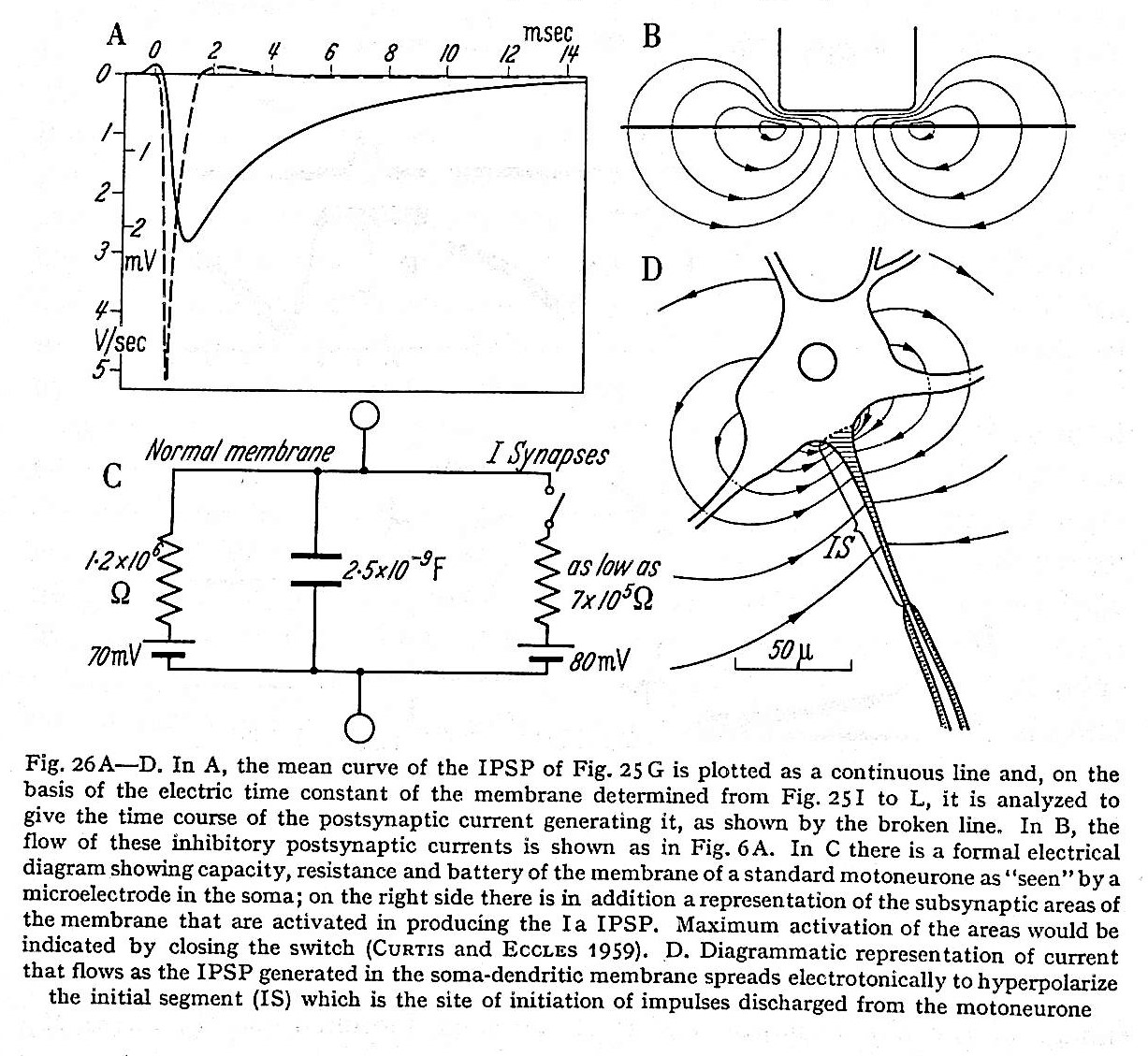 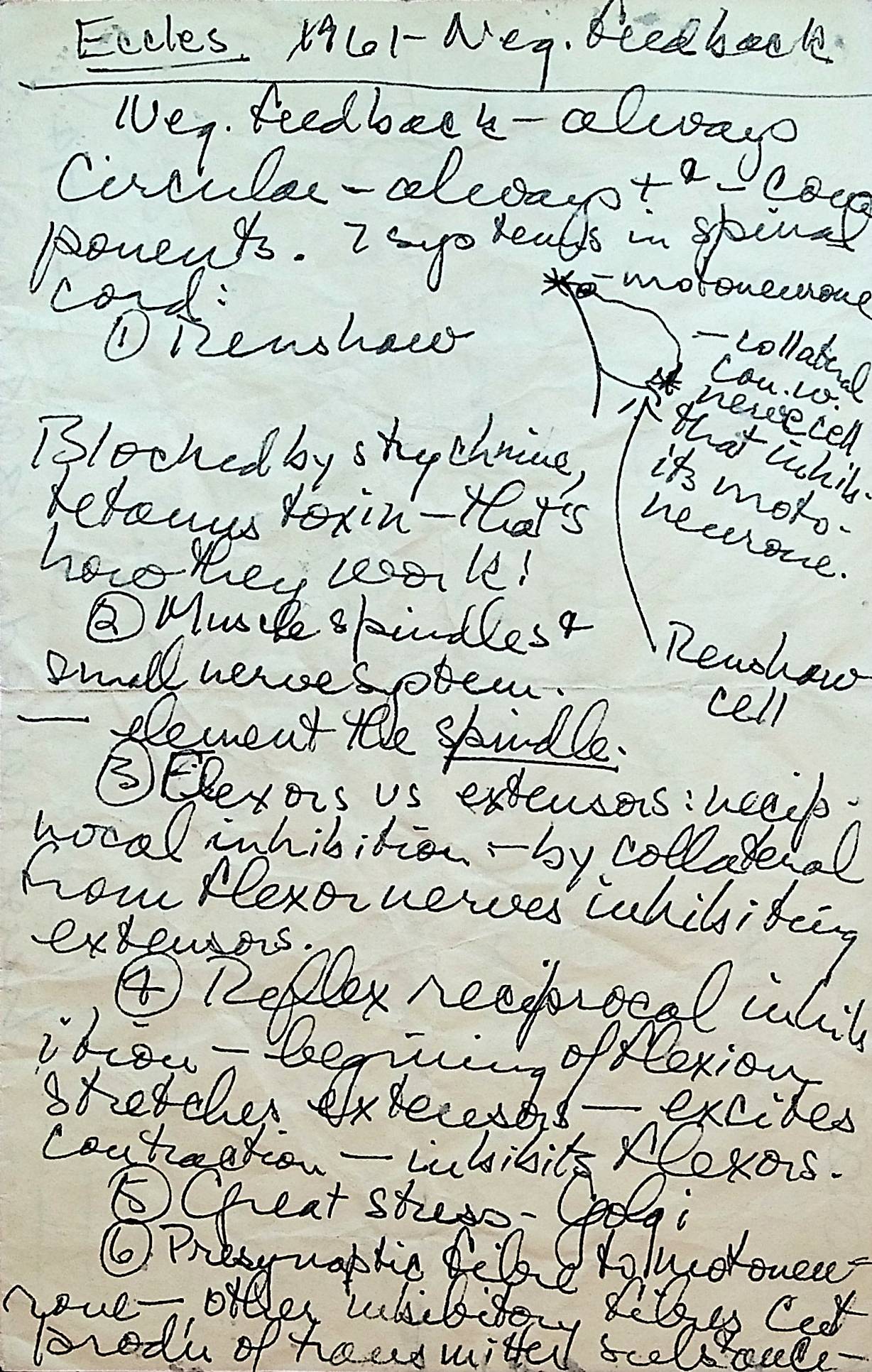 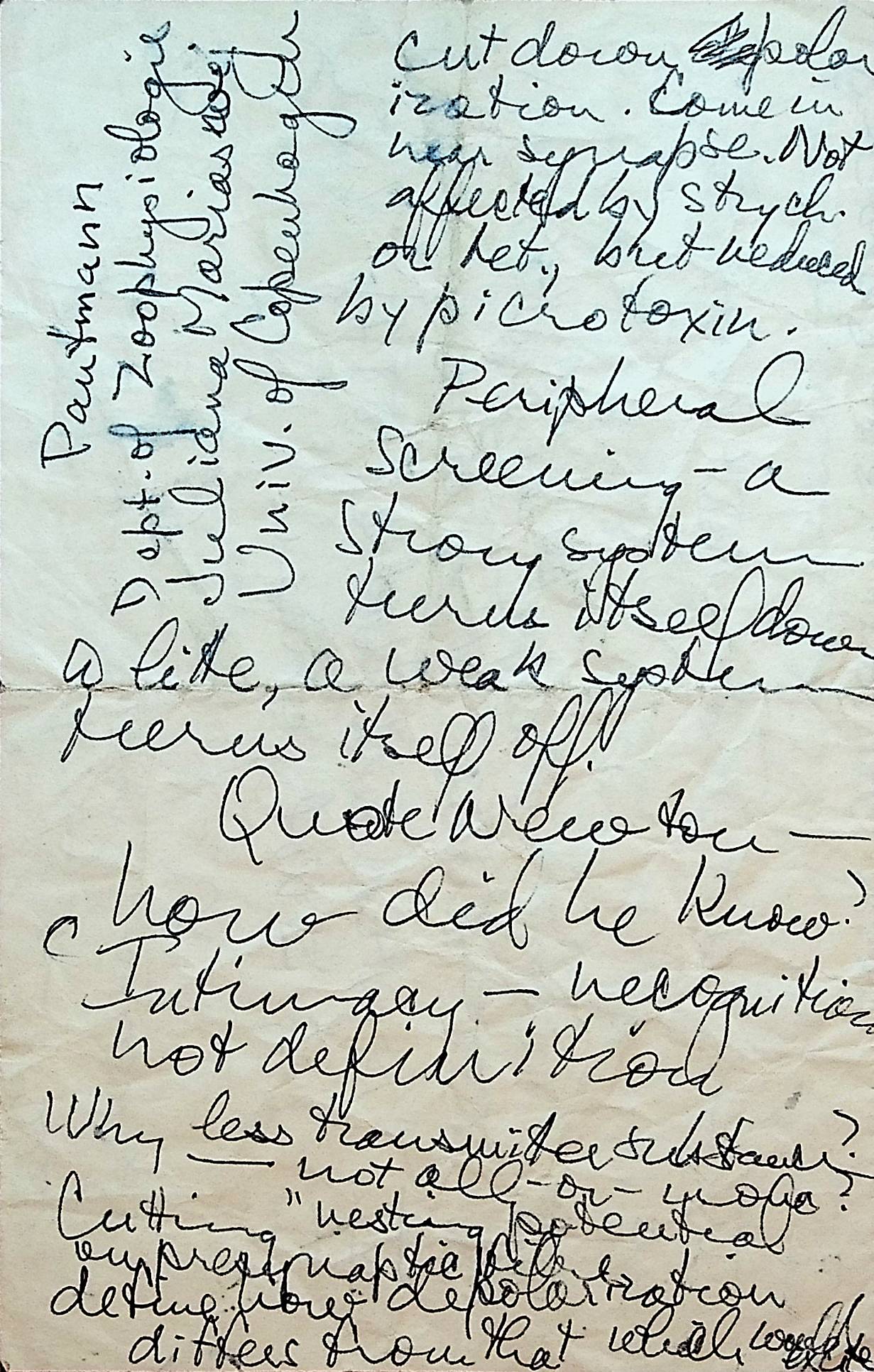 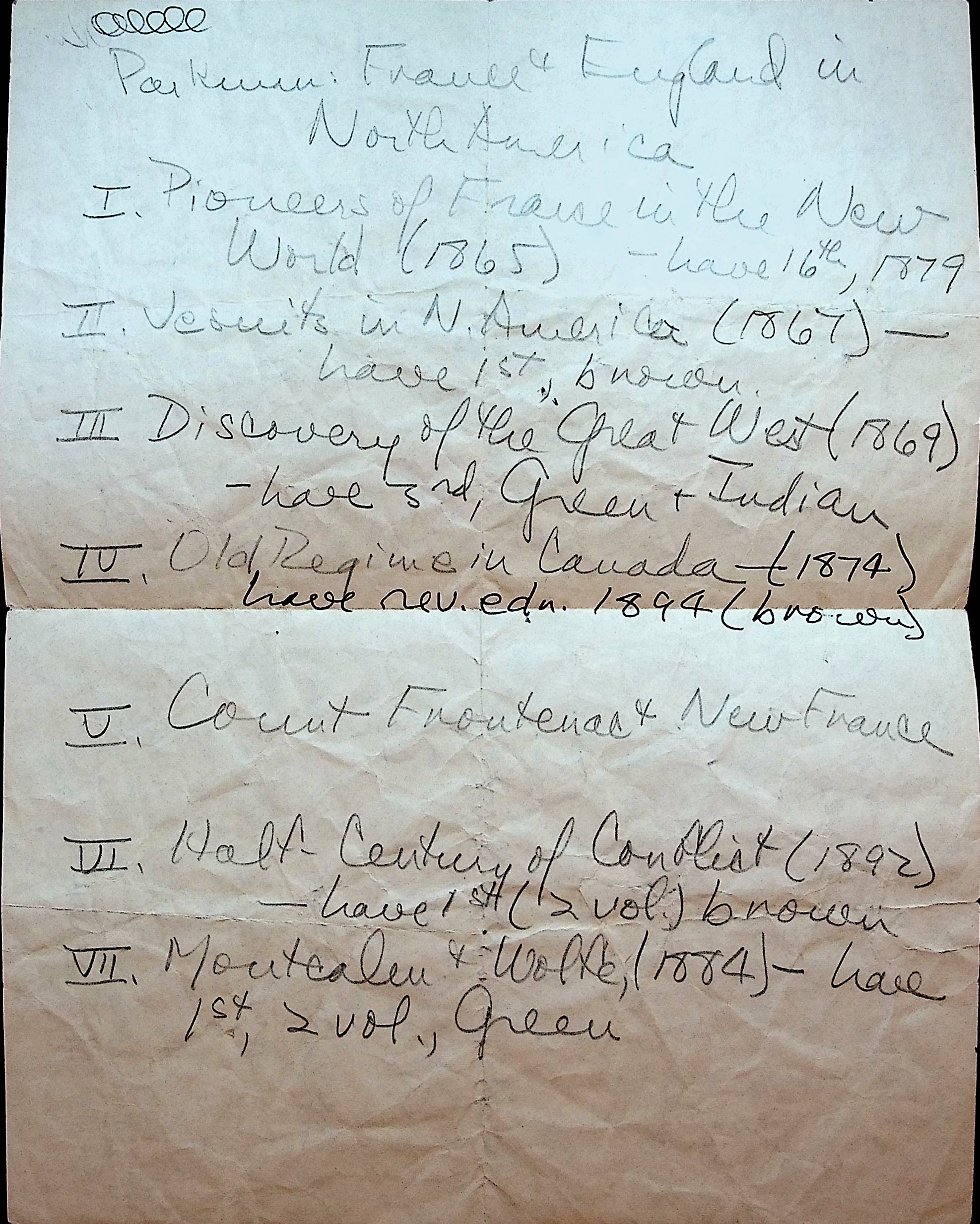 1961 EARLY REVIEW OF SYNAPTIC TRANSMISSION BY JOHN ECCLES PUBLISHED BEFORE HE WON NOBEL PRIZE--COPY OF NOBEL LAUREATE GEORGE WALD WITH HIS NOTES ON ECCLES' PAPER. 9 3/4 inches tall offprint, printed paper covers, signature of George Wald with his inscription Eccles '61 top of cover, 132 pp (pagination 299-430) with 43 figures, very good, with LAID IN folded page of autograph notes in Wald's hand, titled, Eccles 1961-Neg. feedback. Listed on verso of leaf is a list of the individual volumes of Francis Parkman's monumental "France and England in North America" ?(1865-1892), with publication dates of each and notation of editions presumably owned by Wald. JOHN CAREW ECCLES (1903 - 1997) was an Australian neurophysiologist and philosopher who won the 1963 Nobel Prize in Physiology or Medicine for his work on the synapse. He was awarded a Rhodes Scholarship to study under Charles Scott Sherrington at Magdalen College, Oxford University, where he received his Doctor of Philosophy in 1929. In the early 1950s, Eccles and his colleagues performed the research that would lead to his receiving the Nobel Prize. To study synapses in the peripheral nervous system, Eccles and colleagues used the stretch reflex as a model, which is easily studied because it consists of only two neurons: a sensory neuron (the muscle spindle fibre) and the motor neuron. The sensory neuron synapses onto the motor neuron in the spinal cord. When a current is passed into the sensory neuron in the quadriceps, the motor neuron innervating the quadriceps produced a small excitatory postsynaptic potential (EPSP). When a similar current is passed through the hamstring, the opposing muscle to the quadriceps, an inhibitory postsynaptic potential (IPSP) is produced in the quadriceps motor neuron. Although a single EPSP was not enough to fire an action potential in the motor neuron, the sum of several EPSPs from multiple sensory neurons synapsing onto the motor neuron can cause the motor neuron to fire, thus contracting the quadriceps. On the other hand, IPSPs could subtract from this sum of EPSPs, preventing the motor neuron from firing. GEORGE WALD (1906 - 1997) received his PhD in zoology from Columbia University in 1932. Wald traveled to Germany to work with Otto Heinrich Warburg where he identified vitamin A in the retina. He then went on to work in Zurich, Switzerland with the discoverer of vitamin A, Paul Karrer. After working briefly with Otto Fritz Meyerhof in Heidelberg, Germany, he left Europe for the University of Chicago in 1933 when Adolf Hitler came to power. In 1934, Wald went to Harvard University where he became an instructor, then professor. He was elected to the National Academy of Sciences in 1950 and in 1967 was awarded the Nobel Prize for Physiology or Medicine for his discoveries in vision.

Inscription: Signed by Nobel laureate George Wald, with his han