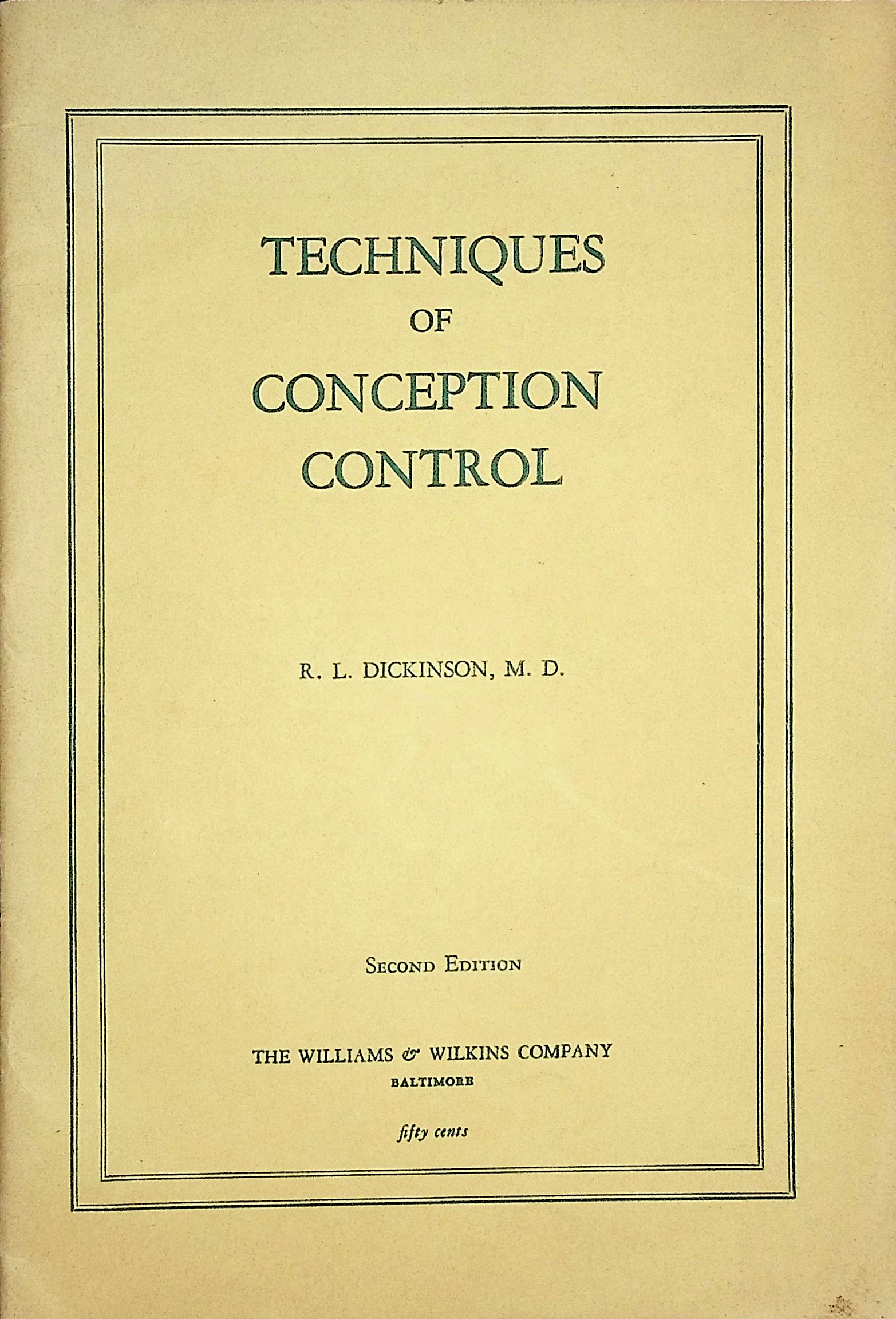 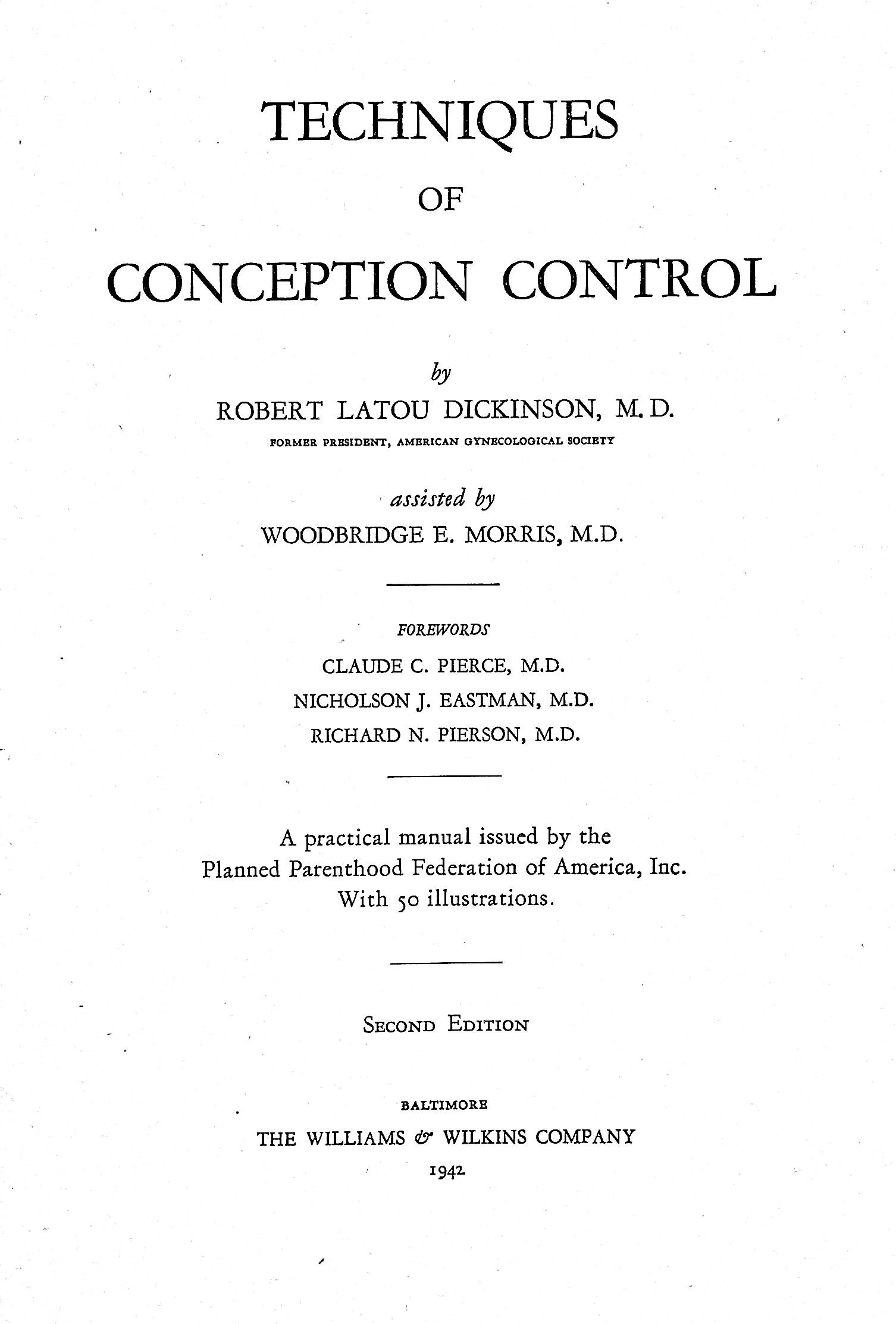 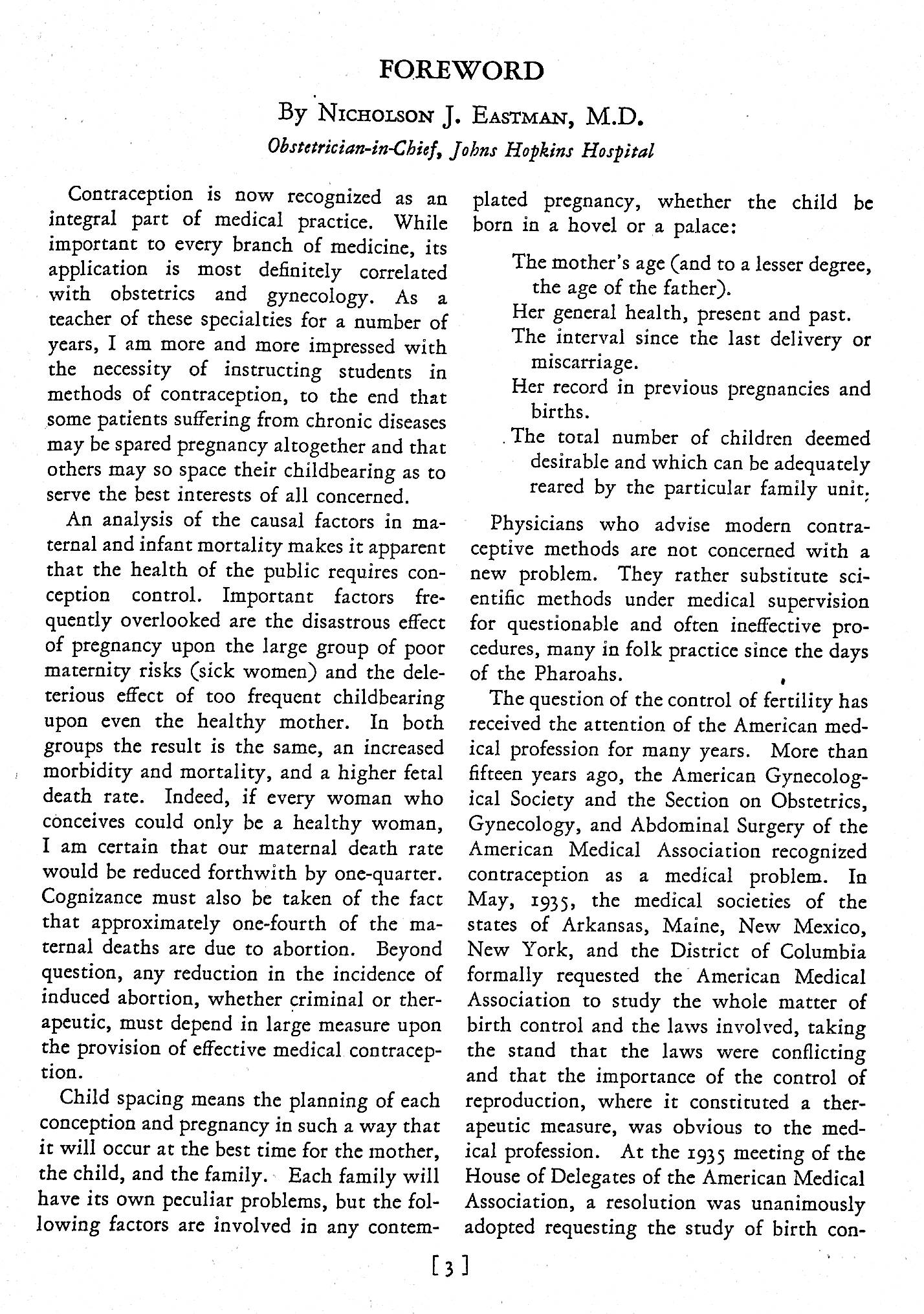 1942 ILLUSTRATED WARTIME GUIDE TO CONCEPTION CONTROL BY PROMINENT NEW YORK GYNECOLOGIST AND ARTIST. 10 inches tall pamphlet, printed paper covers, stapled binding, 56 pp, illustrations, light soiling to covers, unmarked, very good minus. ROBERT LATOU DICKINSON (1861 - 1950) was an American obstetrician and gynecologist, surgeon, maternal health educator, artist, sculptor and medical illustrator, and research scientist. He became Chief of Obstetrics and Gynecology at the Brooklyn Hospital and at Methodist Episcopal Hospital. During the First World War, he was Assistant Chief of the Medical Section of the Council of National Defense, and Medical Advisor on the General Staff. He served a turn as President of the American College of Surgeons, which he had helped to create, President of the American Gynecological Society, and Chairman of the Obstetrics section of the American Medical Association. As an ardent supporter of birth control and the eugenics movement, he gave professional support to Margaret Sanger, but opposed her in the question who should control birth control: Dickinson thought that physicians should be in charge of the process. Dickinson's work strongly influenced Alfred Kinsey.