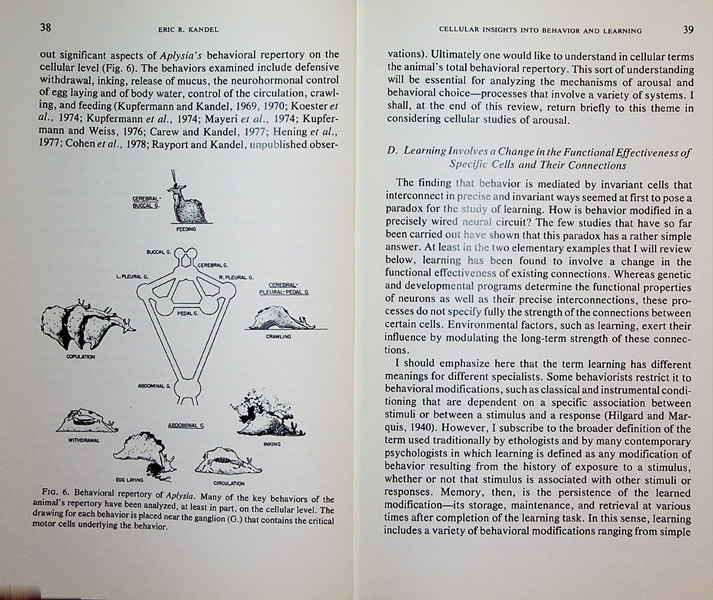 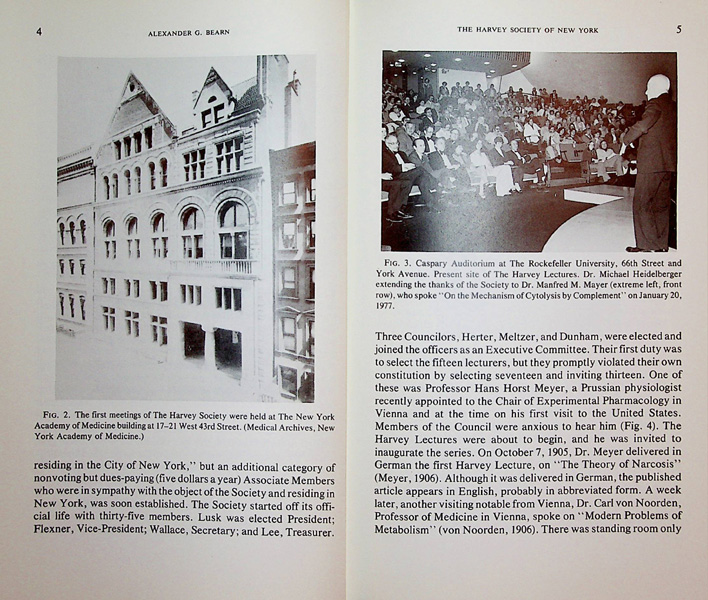 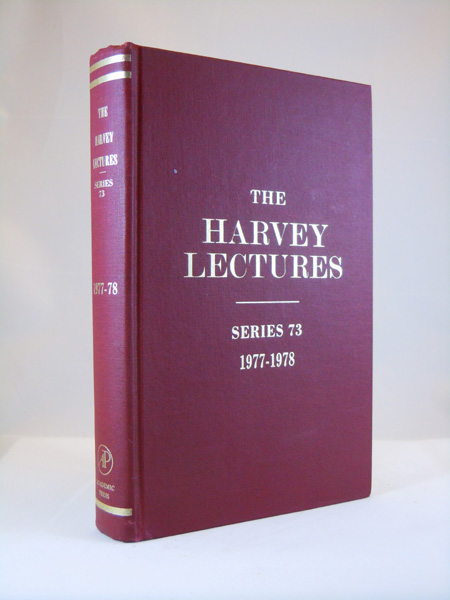 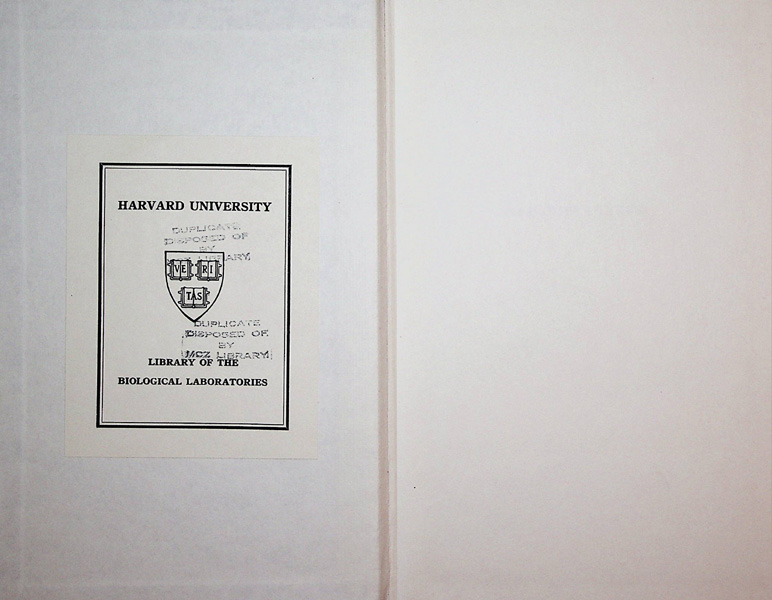 The Harvey Lectures delivered under the auspices of the Harvey Society of New York, Series 73

HISTORY OF THE HARVEY SOCIETY AND LANDMARK DISCOVERIES BY RECIPIENTS OF THE LASKER AWARD AND NOBEL PRIZE. 8 1/4 inches tall hardcover, xiv, 361 pages, red cloth binding, illustrated, corners bumped, university library bookplate to front paste-down, very good. THE HARVEY SOCIETY is a learned society based in New York City, Named after the British scientist William Harvey (1578-1657), its scope is 'the diffusion of knowledge of the medical sciences'. Since its founding in 1905, the society has sponsored an annual series of lectures given by leading biomedical researchers which it publishes in book form at the end of the year. On 1 April 1905 a group of 13 prominent New York physicians and scientists met at 9 East 74 Street in the residence of physiologist Graham Lusk. Also in attendance was John J. Abel, a noted pharmacologist from the Johns Hopkins University School of Medicine. Their intention was to form a society which would forge a 'closer relationship between the purely practical side of medicine and the results of laboratory investigation' by organizing a lecture series which would be open to physicians, scientists, and the general public. Many of the speakers were the recipients of the Lasker Award or the Nobel Prize. The Lasker Awards have been awarded annually since 1945 to living persons who have made major contributions to medical science or who have performed public service on behalf of medicine. They are administered by the Lasker Foundation, founded by Albert Lasker and his wife Mary Woodard. Known as 'America's Nobels', the Lasker Award has identified many future winners of the Nobel Prize. This volume contains lectures by Alexander Bearn on The Harvey Society of New York, Eric Kandel on Cellular Insights into Behavior and Learning, Michael Brown on Familial Hypercholestorolemia: Model for Genetic Receptor Disease, and Solomon Snyder on Opiate Receptors and Morphine-Like Peptides. ALEXANDER GORDON BEARN (March 29, 1923 - May 15, 2009), a physician, scientist and author, was professor at Rockefeller University and Cornell University Medical College. He was a member of the National Academy of Sciences, and had been Executive Officer of the American Philosophical Society. In 1966 he became professor and chairman of the Department of Medicine at Cornell University Medical College and physician-in-chief at New York Hospital. He founded the first human genetics laboratory at the Medical College, and with colleagues at the Rockefeller initiated the joint M.D./Ph.D. program at the institutions. His work in the area of human genetics and liver disease led him to define the genetic nature of Wilson's Disease, which affects the liver and brain, and showed that the disease was associated with a deficiency in the blood of ceruloplasmin, a copper-binding protein. He also discovered that the urine level of B2 microglobulin, was a sensitive indicator of proximal renal tubular damage. ERIC RICHARD KANDEL (born November 7, 1929) is an Austrian-American neuropsychiatrist. He was a recipient of the 2000 Nobel Prize in Physiology or Medicine for his research on the physiological basis of memory storage in neurons. Kandel made his most famous breakthrough working with the sea slug Aplysia californica, which has large nerve cells amenable to experimental manipulation and is a member of the simplest group of animals known to be capable of learning. He had also been awarded the Lasker Award in 1983. MICHAEL STUART BROWN (born April 13, 1941) is an American geneticist and Nobel laureate. He was awarded the Nobel Prize in Physiology or Medicine in 1985 for describing the regulation of cholesterol metabolism. Moving to the University of Texas Health Science Center in Dallas, now the UT Southwestern Medical Center, Brown and colleague Joseph L. Goldstein researched cholesterol metabolism and discovered that human cells have low-density lipoprotein (LDL) receptors that extract cholesterol from the bloodstream. The lack of sufficient LDL receptors is implicated in familial hypercholesterolemia, which predisposes heavily for cholesterol-related diseases. In addition to explaining the underlying pathology of this disease, their work uncovered a fundamental aspect of cell biology - Receptor-mediated endocytosis. Their findings led to the development of statin drugs, the cholesterol-lowering compounds that today are used by 16 million Americans and are the most widely prescribed medications in the United States. SOLOMON HALBERT SNYDER (born December 26, 1938) is an American neuroscientist from Washington D.C., who is well known for researching addiction and its effects on the brain. He is also known for his work identifying receptors for the major neurotransmitters in the brain, in the process explaining the actions of psychoactive drugs, such as the blockade of dopamine receptors by antipsychotic medications. He has described novel neurotransmitters such as the gases nitric oxide and carbon monoxide and the D-isomers of amino acids, notably D-serine. In 1973, with then-graduate student Candace Pert, he discovered the opioid receptor and later identified the existence of normally occurring opiate-like peptides in the brain. This led to his receipt of the Albert Lasker Award for Basic Medical Research in 1978.

Title: The Harvey Lectures delivered under the auspices of the Harvey Society of New York, Series 73

The Harvey Lectures delivered under the auspices of the Harvey Society of New York, Series 73