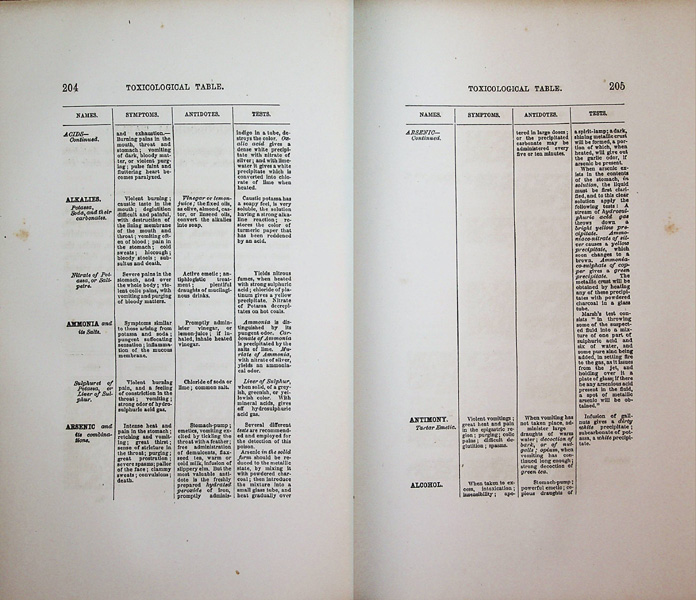 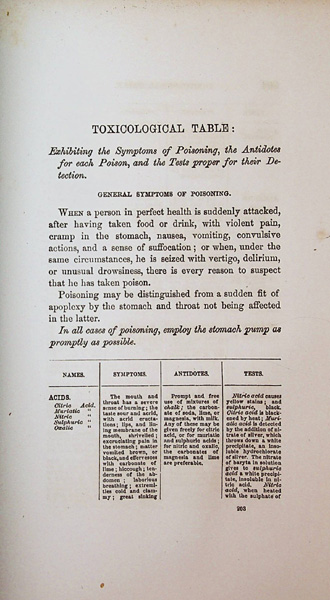 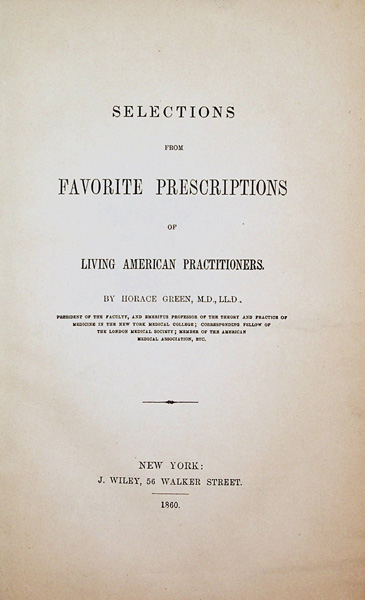 RARE 1860 PRE-CIVIL WAR MANUAL OF THERAPEUTICS BY HORACE GREEN, NOTED PIONEER OF AMERICAN OTOLARYNGOLOGY. 9 1/2 inches tall hardcover, xvi, 214 pages, original green cloth binding with border design on covers. Spine darkened, scattered light foxing to text, otherwise unmarked and very good. CONTENTS: Narcotics and sedatives; Tonics and stimulants; Excitants and alternatives; Cathartics and laxatives; Emetics and expectorants; Astringents; Diaphoretics; Diuretics; Antispasmodics; Anthelmintics; Emmenagogues; Gargles and lotions; Antacids and antilithics; Derivatives or counter-irritants, ointments, etc. PREFACE TO THE SECOND EDITION: 'In publishing the first edition of this work, the author was influenced, as he stated in the Introduction, by the many requests which he had received from judicious physicians, urging him to collect and publish these Pre- scriptions (some of which had already appeared in the 'American Medical Monthly') in a book form. The call for a new edition of tlie work, in so brief a period after its first publication, exhibits satisfactory evidence that in this opinion his professional friends adjudged correctly; and, moreover, it has afforded the highest gratification to the author. To this edition has heen added a carefully prepared Toxicological Table, in which, are exhibited the symptoms of poisoning, tlie antidotes for each poison, and the tests proper for their detection.' HORACE GREEN (1802-1860), a pioneer in otolaryngology, was the son of Zeb Green, a Massachusetts Minute Man who served in the Revolutionary War with his three brothers--he was the only survivor. He graduated from the University of Pennsylvania, earned his M.D. from Middlebury College, the moved to New York, where he remained for the rest of his career. He published a number of books on diseases of the air passages, and Selections from the Favorite Prescriptions of Living American Practitioners, which was subsequently translated into French.