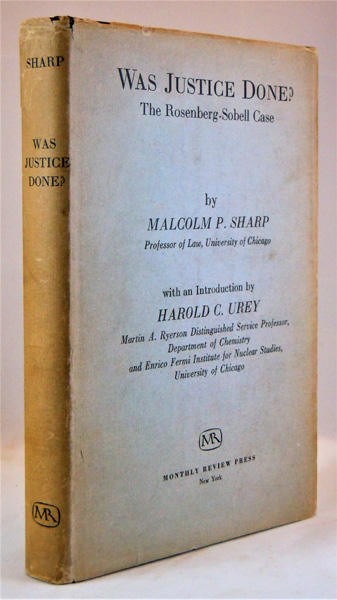 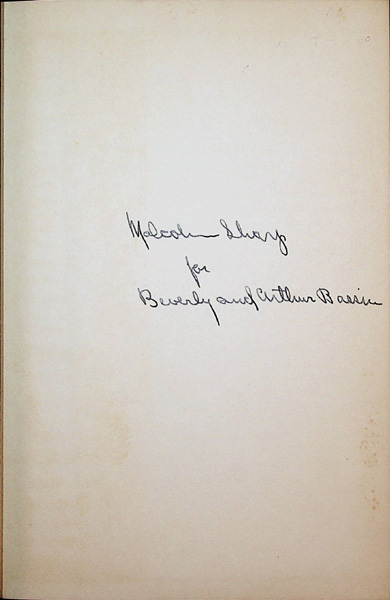 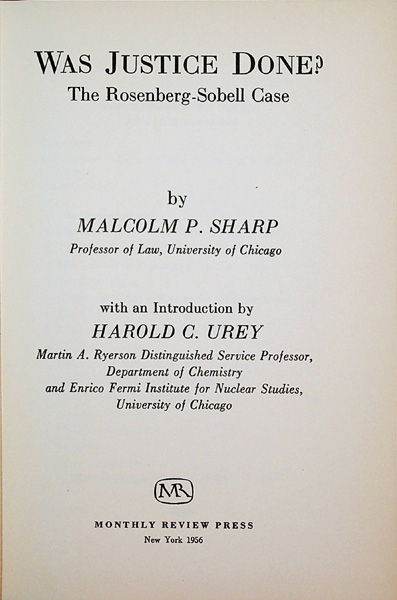 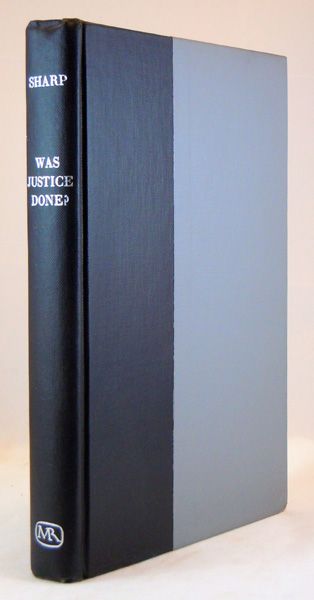 Was Justice Done? The Rosenberg-Sobell Case, with an introduction by Harold C. Urey

SIGNED 1956 COLD WAR ACCOUNT OF THE FAMOUS ROSENBERG SPY CASE BY MEMBER OF DEFENSE COUNSEL. 8 1/2 inches tall hardcover, xxxvi, 216 pages, original gray and blue binding, gilt title to spine, ink inscription and signature of author on front free endpaper. FROM THE DUST JACKET: 'since Professor Sharp was associated with defense counsel in the closing stages of the case, he has an intimate first-hand knowledge of the facts and many of the personalities involved. Professor Sharp describes the issues, weighs the evidence, pinpoints the weaknesses in the prosecution's case, and gives his own reasons for believing that the execution of the Rosenbergs was a gross miscarriage of justice. Publication of Professor Sharp's work not only helps to establish the truth about this tragic affair; by making widely known the critical views of a highly respected legal scholar and of one of the world's leading atomic scientists, it carries a most important message to people everywhere--that ten years of cold war and witch hunt have by no means silenced the voice of reason and conscience in the United States.' MALCOLM SHARP held a bachelor's degree from Amherst College, a master's degree from University of Wisconsin, and two legal degrees from Harvard Law School. He served as a professor at University of Iowa College of Law from 1930 to 1933. After leaving Iowa, he joined the faculty at University of Chicago Law School, where he remained until he took emeritus status in 1965. His teaching focused on contracts, although he was well-known for serving as defense counsel in the Rosenberg espionage case. He died in 1980. JULIUS AND ETHEL ROSENBERG were United States citizens who spied for the Soviet Union and were tried, convicted, and executed for conspiracy to commit espionage. For many decades defenders of the Rosenbergs, including their sons, maintained that they were innocent and victims of Cold war paranoia. After the fall of the USSR, much information concerning the case was declassified, including a trove of decoded Soviet cables, codenamed VENONA, which detailed Julius's role as a courier and recruiter for the Soviets and Ethel's role as an accessory. The Rosenbergs' sons' current position is that Julius was legally guilty of the conspiracy charge, though not of atomic spying, while Ethel was only generally aware of his activities.

Title: Was Justice Done? The Rosenberg-Sobell Case, with an introduction by Harold C. Urey

Was Justice Done? The Rosenberg-Sobell Case, with an introduction by Harold C. Urey