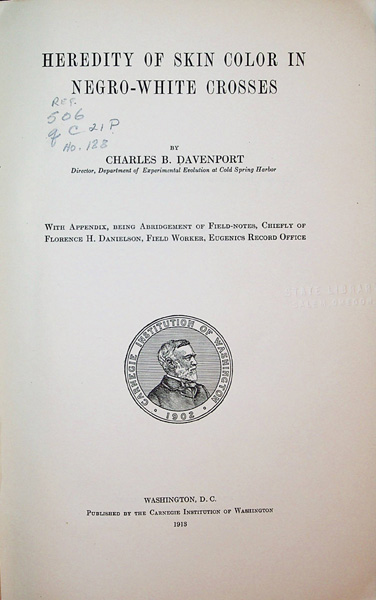 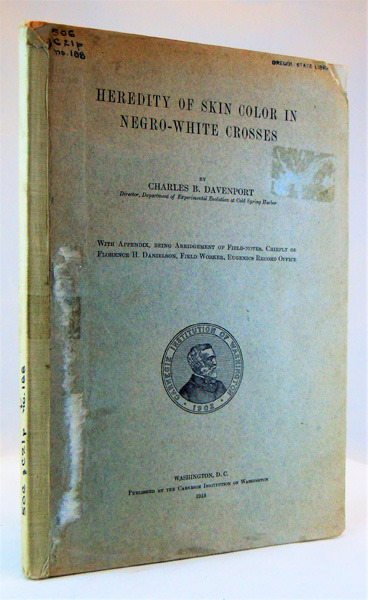 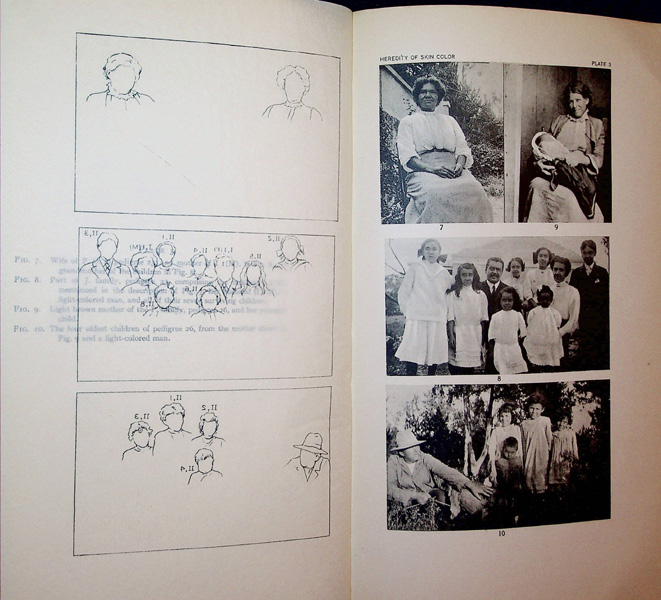 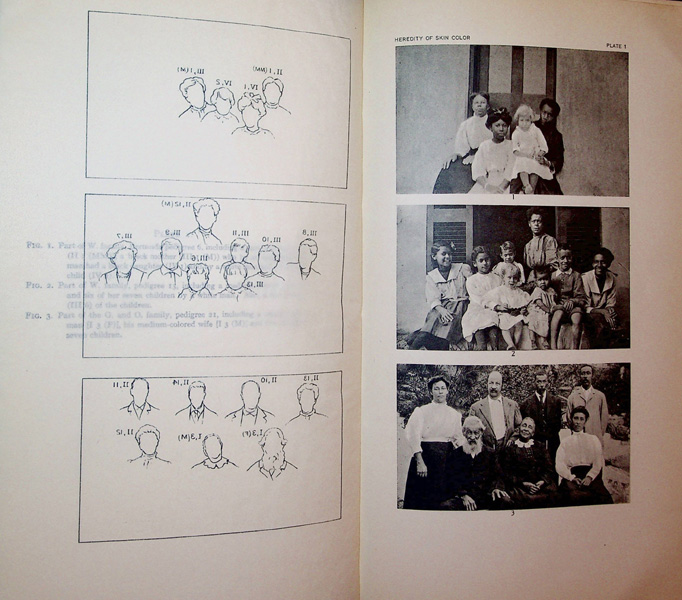 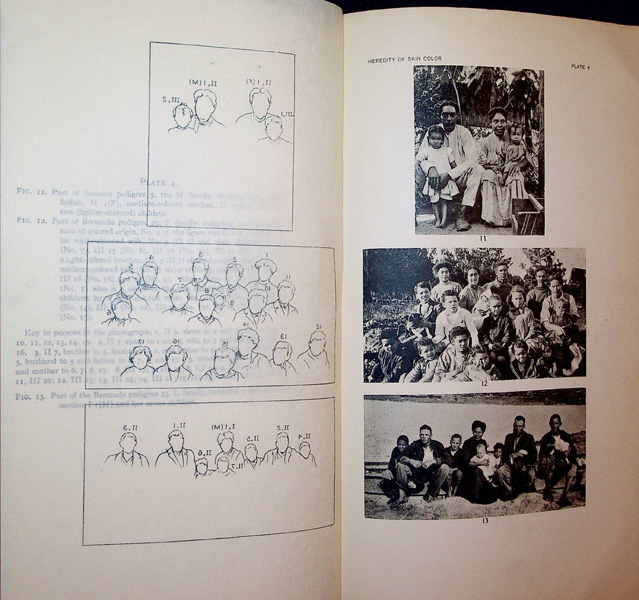 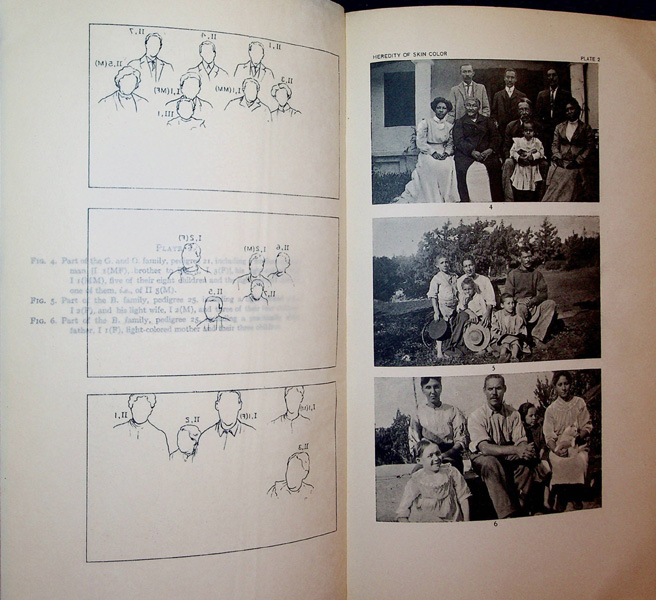 1913 FIRST EDITION OF 'SCIENTIFIC' MONOGRAPH ON MISCEGENATION PUBLISHED BY THE CARNEGIE INSTITUTION. 10 inches tall book with printed paper covers, 106 pages, 13 black & white photographs of families on 4 plates, each with tissue guards with printed tracings identifying each individual, and with facing description of each figure. 1/2 inch piece of upper corner of cover lacking, residual marks to cover from removed library labels, small library handstamp to cover, library numbers top of cover and on spine, 'withdrawn' handstamp to front free endpaper, embossed library stamp to title page, no other marks in text. In custom archival mylar cover. Overall good+. This book is cited by Hunter in Civic Biology, 1914 (the high school textbook that provoked the famous Scopes Monkey Trial in 1925). CHARLES BENEDICT DAVENPORT (1866-1944) was a prominent American eugenicist and biologist. At the time he published Heredity of Skin Color he was Professor of Harvard University and Director, Department of Experimental Evolution at Cold Spring Harbor. He was one of the leaders of the American eugenics movement, which was directly involved in the sterilization of around 60,000 'unfit' Americans. His 1911 book, Heredity in Relation to Eugenics, was used as a college textbook for many years. The year after it was published Davenport was elected to the National Academy of Sciences. After Adolf Hitler's rise to power in Germany, Davenport maintained connections with various Nazi institutions and publications, both before and during World War II. He held editorial positions at two influential German journals, both founded in 1935, and in 1939 he wrote a contribution to the Festschrift for Otto Reche, who became an important figure in the plan to 'remove' those populations considered 'inferior' in Germany. Davenport's biography contains the summary of his eugenic creed: 'I believe in striving to raise the human race to the highest plane of social organization, of cooperative work and of effective endeavor. I believe that I am the trustee of the germ plasm that I carry, that this has been passed on to me through thousands of generations before me; and that I betray the trust if (that germ plasm being good) I so act as to jeopardize if, with its excellent possibilities, or, from motives of personal convenience, to unduly limit offspring. I believe that, having made our choice in marriage carefully, we, the married pair, should seek to have 4 to 6 children in order that our carefully selected germ plasm shall be reproduced in adequate degree and that this preferred stock shall not be swamped by that less carefully selected. I believe in such a selection of immigrants as shall not tend to adulterate our national germ plasm with socially unfit traits. I believe in repressing my instincts when to follow them would injure the next generation.'