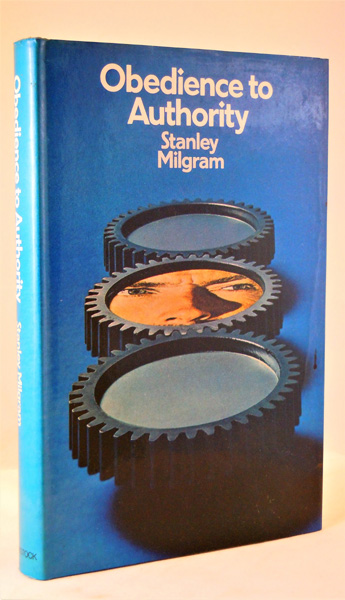 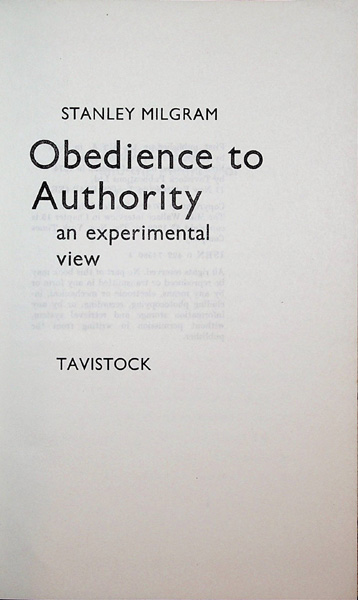 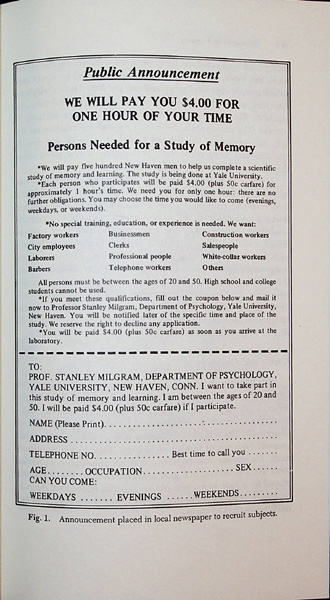 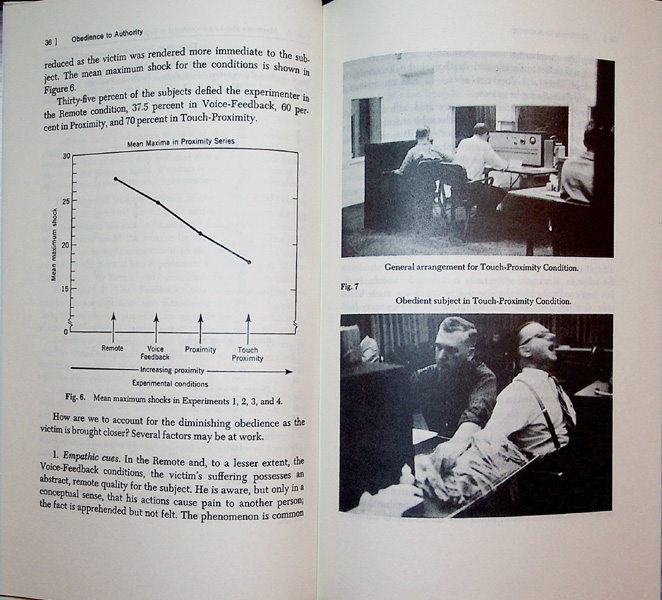 Obedience to Authority, an Experimental View

1974 FIRST ENGLISH EDITION OF STANLEY MILGRAM'S 'ELECTRIC SHOCK' PSYCHOLOGY EXPERIMENT. 8 3/4 inches tall hardcover, xvi, 224 pages, blue cloth binding, gilt title to spine, illustrated with photographs and diagrams, very good in very good unclipped dust jacket. STANLEY MILGRAM (1933 - 1984) was an American social psychologist, best known for his controversial experiment on obedience conducted in the 1960s during his professorship at Yale. Milgram was influenced by the events of the Holocaust, especially the trial of Adolf Eichmann, in developing the experiment. After earning a Ph.D. in social psychology from Harvard University, he taught at Yale, Harvard, and then for most of his career as a professor at the City University of New York Graduate Center, until he died in 1984. He is widely regarded as one of the most important figures in the history of social psychology. In 1963, Milgram submitted the results of his obedience experiments in the article 'Behavioral Study of Obedience'. In the ensuing controversy, the American Psychological Association held up his application for membership for a year because of questions about the ethics of his work, but eventually did grant him full membership. Ten years later, in 1974, Milgram published Obedience to Authority. In 2015, an experimental biopic about Milgram called Experimenter was released, directed by Michael Almereyda. Peter Sarsgaard stars as Stanley Milgram.

Obedience to Authority, an Experimental View