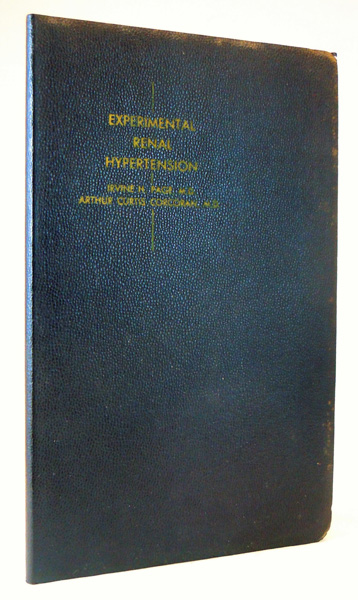 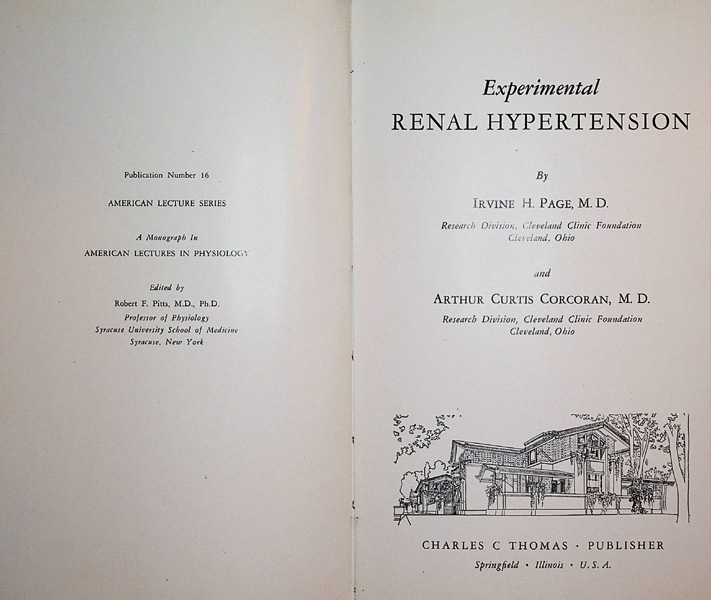 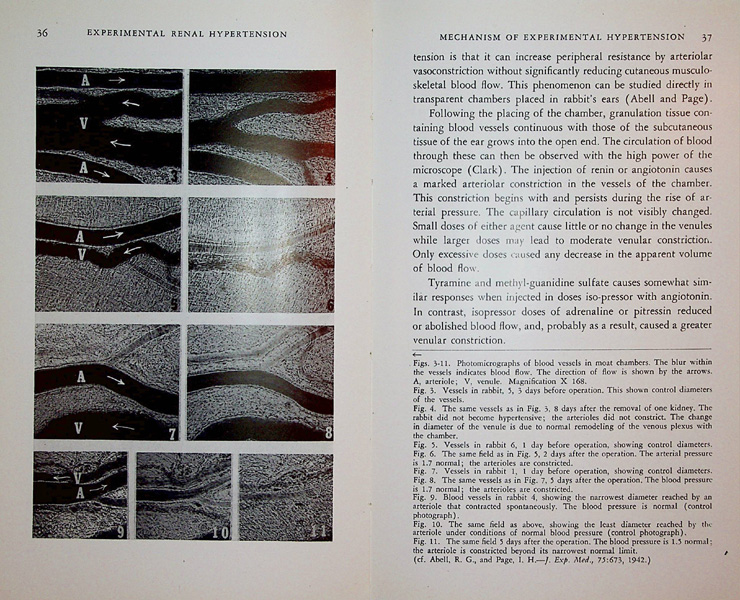 1948 MID-20TH CENTURY REVIEW OF EXPERIMENTAL HYPERTENSION BY MAKERS OF THE HISTORY. 8 3/4 inches tall original black flexible leatherette binding with gilt title to cover, 64 pages, photographic illustrations, fine. IRVINE HEINLY PAGE (1901 - 1991) was born in Indianapolis, Indiana and was an American physiologist who played an important part in the field of hypertension for almost 60 years while working at the Cleveland Clinic. ARTHUR CURTIS CORCORAN (1909-1965) attended McGill University from which he received an M.D. degree in 1934. After 2 years of training at the Montreal General Hospital, he went to the Rockefeller Institute where he met Irvine Page. The next year they moved to the Lilly Laboratory for Clinical Research in Indianapolis. There they were joined by Robert Taylor. Thus was formed the famous investigative team of Page, Corcoran, and Taylor that was responsible for many important contributions to the then-new field of hypertension research. In 1944 they established the Research Division of the Cleveland Clinic, which was the first multidisciplinary research team organized to attack a single problem.