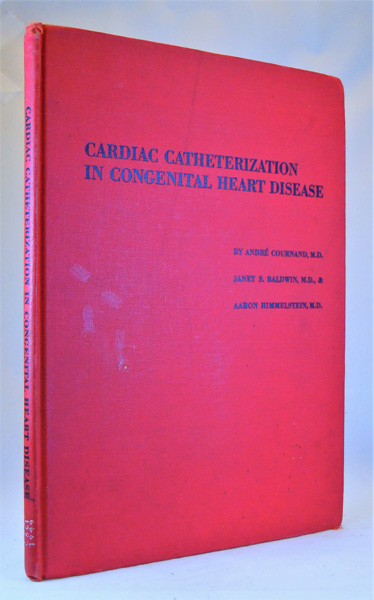 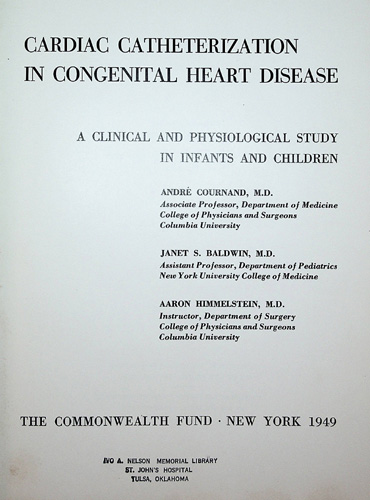 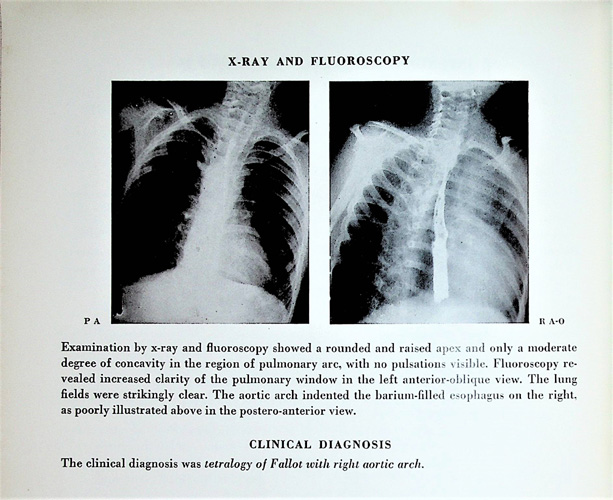 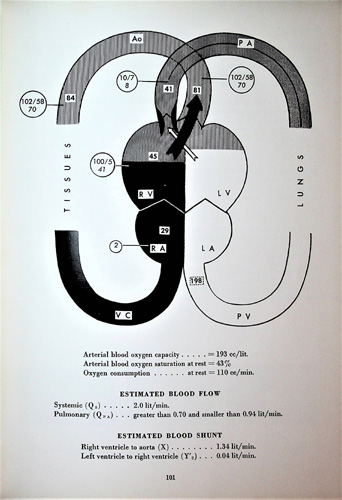 Cardiac Catheterization in Congenital Heart Disease. A Clinical and Physiological Study in Infants and Children

SCARCE FIRST BOOK DEVOTED TO CARDIAC CATHETERIZATION BY NOBEL LAUREATE PIONEER IN THE FIELD. 11 inches tall hardcover, original red cloth binding, many text figures. Ex-library, with small numbers bottom of spine, library pocket to front paste-down, text unmarked. Corners and spine ends worn, light soiling to covers, very good -. INTRODUCTION IN recent years the technique of right heart catheterization has been increasingly applied to the diagnosis of congenital malformations of the heart and large vessels. In 1945-46 Brannon, Weens, and Warren reported the use of this technique in the diagnosis of auricular septal defects, and Baldwin, Moore and Noble reported its use in the diagnosis of interventricular defects. Since then two other groups, working under the direction of Dexter and of Bing, have reported their findings in various types of congenital cardiac malformations and have described in detail the procedure followed in their studies. The contribution of both groups has been outstanding, and their published papers should be read by anyone interested in this field of investigation. So far, however, there has been no concerted effort by clinicians and investigators to pool the results of their separate studies, to compare and to integrate clinical and physiological data. This monograph is presented as an attempt in such a direction. ANDRE COURNAND, Paris born, worked mostly as professor at Columbia University College of Physicians and Surgeons and at Bellevue Hospital in New York City, performed the first investigations with the cardiac catheter as a clinical method of investigation for which he won the Nobel Prize. This is the first book devoted to the subject of Cardiac Catheterization. See Garrison and Morton, 2871 (Proc Soc exp Biol NY, 1941). 29 cm. viii, 108 pp. Illus.

Title: Cardiac Catheterization in Congenital Heart Disease. A Clinical and Physiological Study in Infants and Children

Cardiac Catheterization in Congenital Heart Disease. A Clinical and Physiological Study in Infants and Children