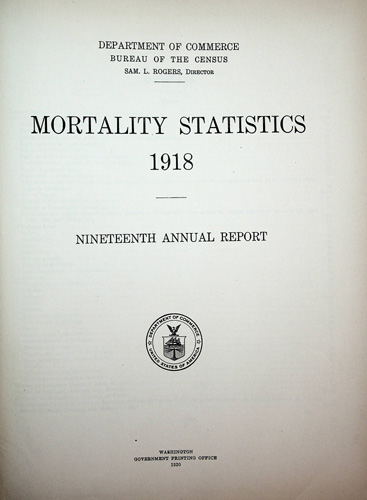 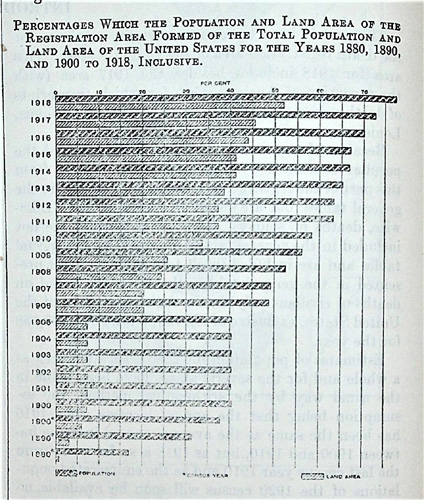 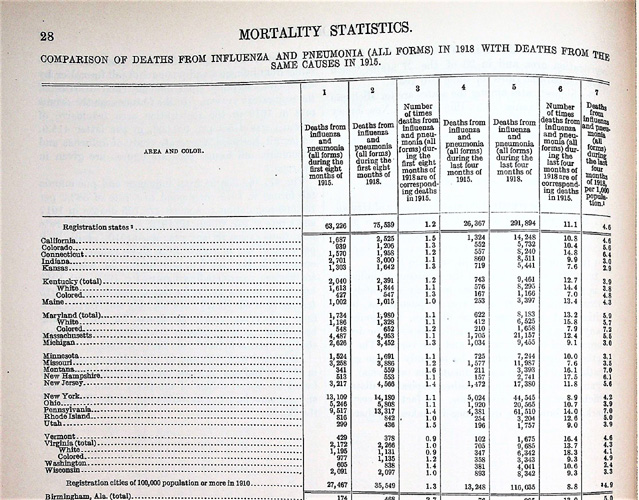 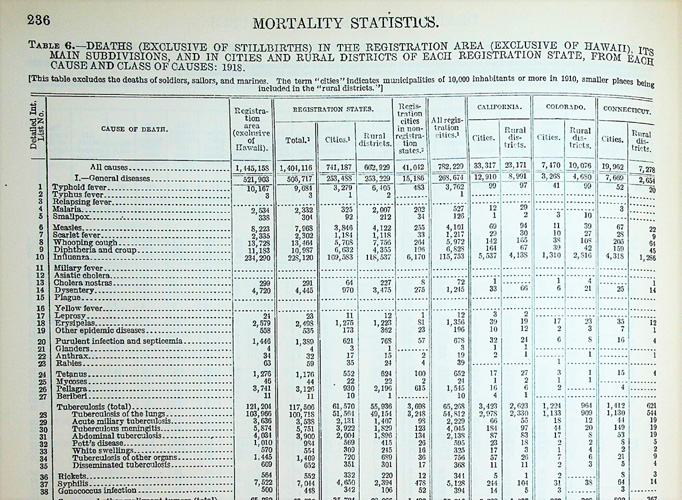 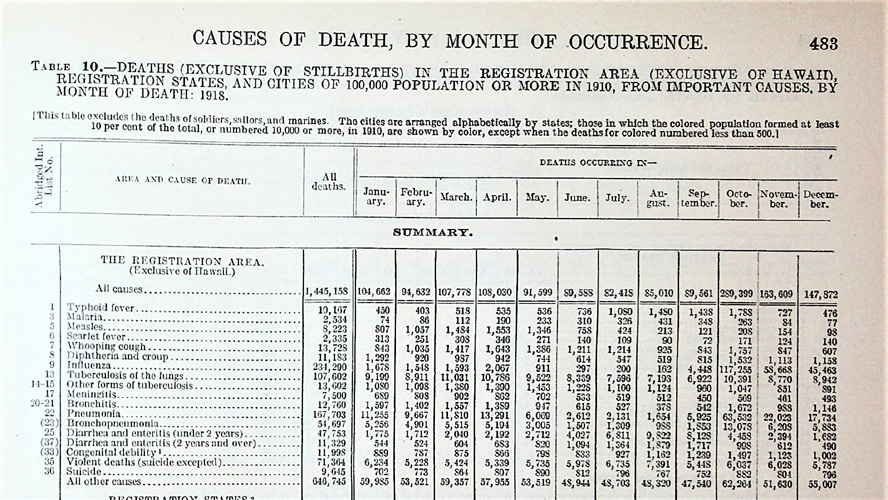 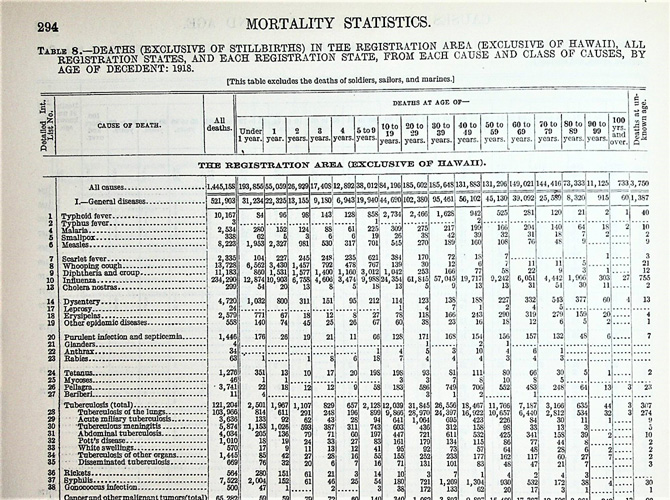 US MORTALITY STATISTICS FOR 1918 DOCUMENTS THE INFLUENZA PANDEMIC 100 YEARS AGO. 12 inches tall hardcover, publisher's navy blue cloth binding, gilt title to spine, handstamp of surplus Library of Congress duplicate to front endpaper, no other library marks, pages age-toned, unmarked, overall very good. From the Introduction: In the 1917 report it was pointed out that, even if no correction m the population were made for the withdrawal of enlisted men, this -withdrawal from the civil population of so many young men to enter our Army and Navy would normally reduce tlie general death rate of any area very little, because of the usual low death rates of young adult males. This contention which held true for 1917, has been very much upset for 1918 by the influenza pandemic which caused such very high mortality among young adults. However, no at- tempt has been made in this report to correct the death rates on account of this withdrawal of enlisted men from the general population, hut it is very evident that such withdrawal must have resulted in a much smaller number of deaths in certain areas than would other- wise have occurred. ... . The death rate is 18 per 1 000 population, based on an estimated midyear population of 81,868,104, or 77.8 per cent of the total estimated population of the United States. This rate exceeds the rates for 1916 (14) and 1917 (14.2) and owing to the influenza pandemic, is higher than that for any year since the publication of the annual reports beginning in 1900. From review in Nature (8 June 2017) of Pale Rider: The Spanish Flu of 1918 and How it Changed the World: The 1918 influenza pandemic probably infected one-third of the world's population at the time — 500 million people. It killed between 50 million and 100 million; by contrast, Second World War deaths numbered around 60 million. Why is this catastrophe not better remembered? HEAVY ITEM--INQUIRE FOR SHIPPING COSTS.