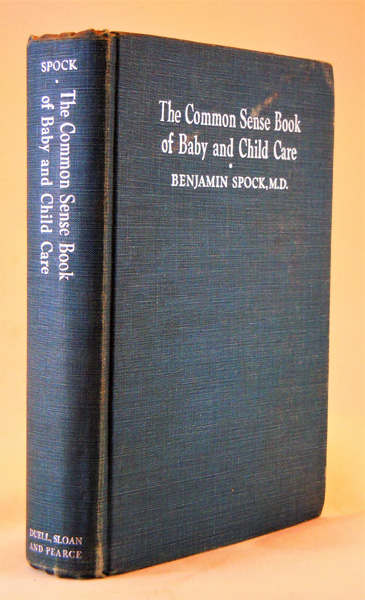 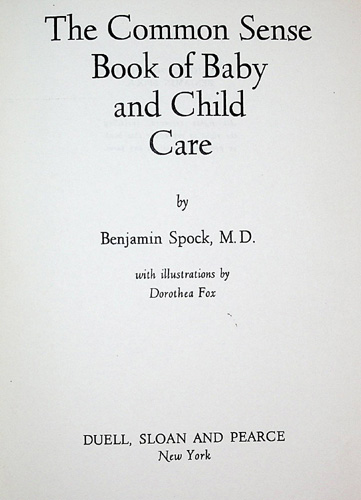 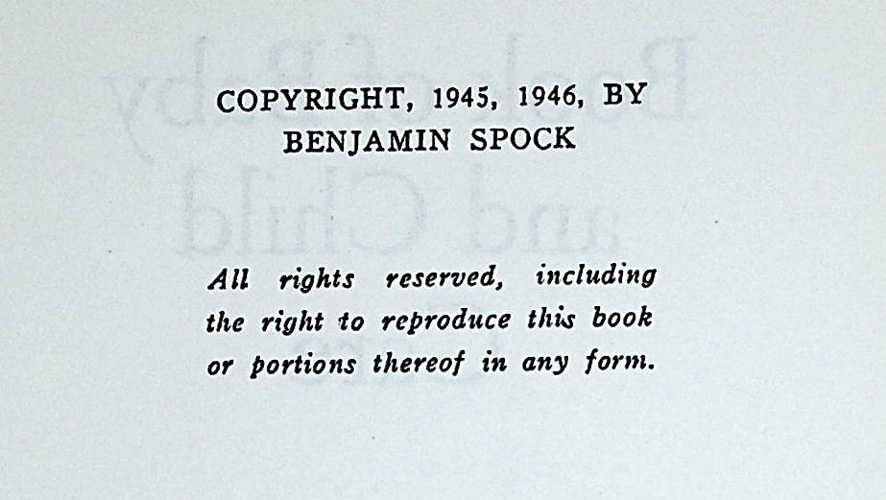 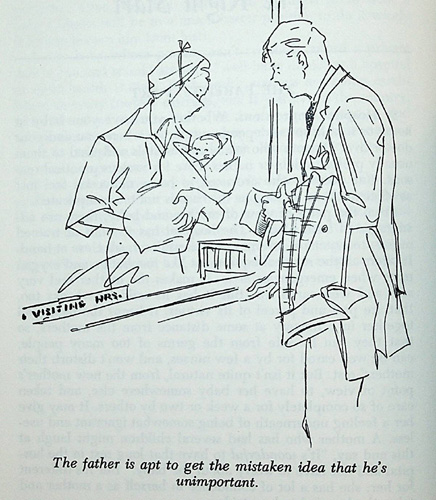 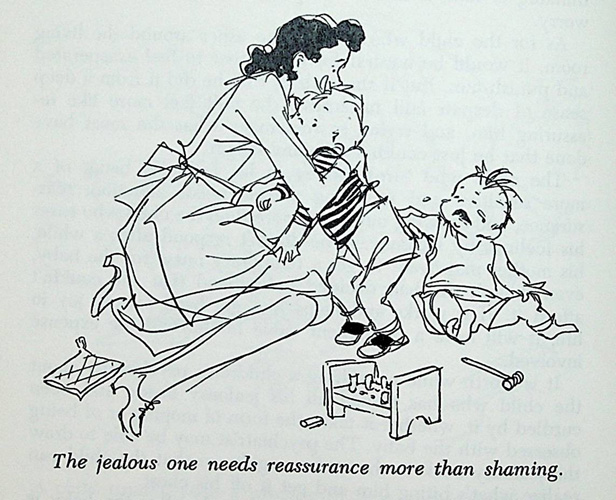 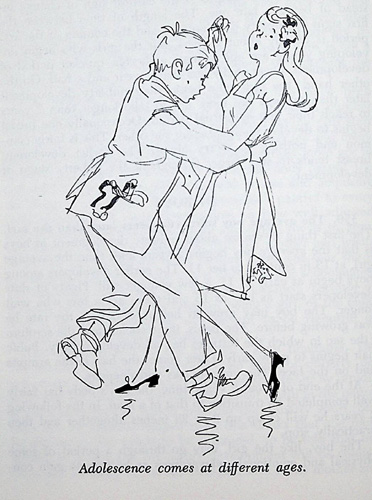 The Common Sense Book of Baby and Child Care

SCARCE FIRST EDITION OF SPOCK'S BABY AND CHILD CARE, WHICH SOLD OVER 50 MILLION COPIES IN THE 20TH CENTURY. 8 inches tall hardcover, original blue cloth binding, gilt title to cover and spine, no dust jacket, 527 pages, illustrations by Dorothea Fox. Cover and spine edges rubbed, corners bumped, light soiling to edges, binding tight, pages unmarked, overall very good in custom archival mylar cover. LISTED IN ALL-TIME 100 NONFICTION BOOKS (100 best and most influential written in English since 1923, the beginning of TIME magazine): The debate over whether American parents are too permissive began long before anyone had heard of the Tiger Mom - even before we started using the word parent as a verb. Back in 1946, pediatrician Benjamin Spock published a child-rearing book that advocated all kinds of tactics we take for granted today, from on-demand feeding for babies to the idea that fathers should play an active role in parenting. Spock advised readers to relax: You know more than you think you do. According to THE NEW YORK TIMES, Baby and Child Care was, throughout its first 52 years, the second-best-selling book, next to the Bible. The book was a hit, though critics slammed the doctor for creating a generation of wimpy parents and spoiled children. But whether you believe that a family culture that brought us Bill Gates and Steve Jobs can't be all bad, or you blame the doctor for an epidemic of toxic self-esteem à la Charlie Sheen, there's no denying that the book, which has sold more than 50 million copies, has made its mark on the nation. THE LIBRARY OF CONGRESS included Baby and Child Care in an exhibition on Books That Shaped America.Dr. Spock's guidebook turned common wisdom about child-rearing on its head. Spock argued that babies did not have to be on a rigid schedule, that children should be treated with a great deal of affection, and that parents should use their own common sense when making child-rearing decisions. Millions of parents worldwide have followed his advice. CITED BY STEPHEN J. GOULD in Ontogeny and Phylogeny (1977): Each child as he develops is retracing the whole past history of mankind, physically and spiritually, step by step. A baby starts off in the womb as a single tiny cell, just the way the first living thing appeared on the earth. Weeks later, as he lies in the amniotic fluid, he has gills like a fish. Towards the end of his first year of life when he learns to clamber to his feet, he's celebrating that period millions of years ago when man's ancestors got up off all fours. It's just at that time that the baby is learning to use his fingers with skill and delicacy. Our ancestors stood up because they had found more useful things to do with their hands than walking on them. The child in the years after 6 gives up part of his dependence on his parents. ie makes it his business to find out how to fit into the world outside his family. He takes seriously the rules of the game. He is probably reliving that stage of human history when our wild ancestors found it was better not to roam the forest in independent family groups, but to get together into larger communities. Then they had to learn self control, how to cooperate with each other according to rules and laws, instead of depending on the old man of the family to boss them around.

Title: The Common Sense Book of Baby and Child Care

The Common Sense Book of Baby and Child Care