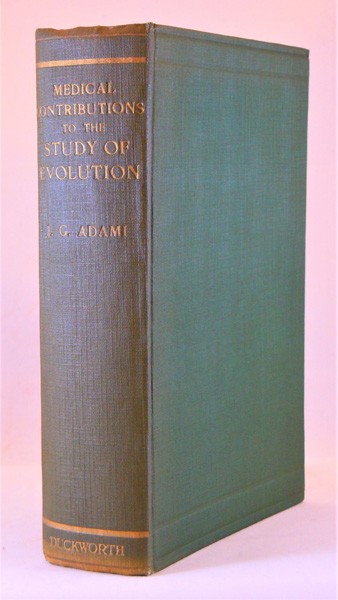 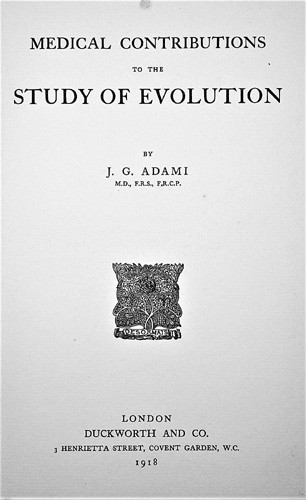 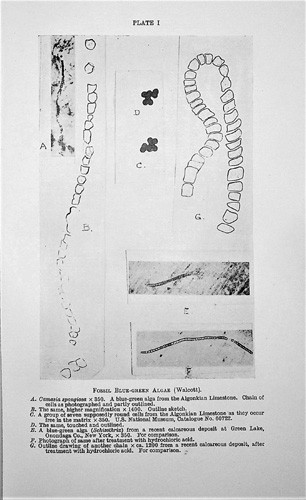 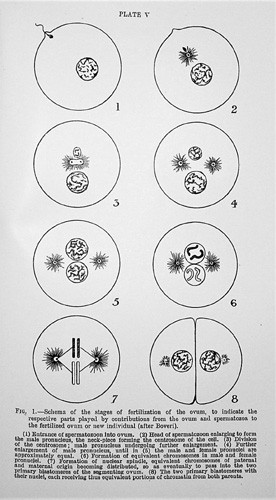 Medical Contributions to the Study of Evolution

1918 MONOGRAPH BY EMINENT BRITISH PATHOLOGIST REVEALING THAT ADAPTATION IN DISEASE CAN ELUCIDATE THE STUDY OF EVOLUTION. 9 inches tall hardcover, publisher's green cloth binding, gilt title to spine, i-xviii, 372 pp, 7 plates, 20 figures in text. Light sunning of spine, light browning to margins of pages, binding tight, pages unmarked, very good (no dust jacket), in custom archival mylar cover. CONTENTS. Part I. Adaptation and Disease: The contribution of medical research to the study of evolution (being the Croonian lectures delivered to the Royal College of Physicians, London, June 1917). Includes adaptation in bacteria and evolution of infectious disease, adaptation to disease-producing agencies in higher animals, inheritance of acquired conditions in higher animals, immunity and evolution. Part II. Heredity and Adaptation. Includes variability of bacteria and development of races; inheritance of acauired conditions in man; adaptation and inflammation; the reductio ad absurdum of Weismannism. Part III. On Growth and Overgrowth. Includes the relationship between cell differentiation and proliferation; causes of cancerous growth; unipotentiality, pluripotentiality and totipotentiality of cells. JOHN GEORGE ADAMI (1862 - 1926) was a British pathologist. He was educated at Owen College, Manchester, and at Christ's College, Cambridge, studying afterward in Breslau and Paris. He took distinguished honors at Cambridge in natural science, was Darwin prizeman in 1885, M.R.C.S., and was appointed demonstrator of pathology in Cambridge University in 1887. In 1888, he exposed himself to rabies, and published an account of his treatment at the Pasteur Institute's vaccination clinic. Elected fellow of Jesus College, Cambridge, in 1891, he soon after became head of the pathological department of the Royal Victoria Hospital. From 1892, he was professor of pathology in McGill University, Canada. He is the author of numerous monographs upon subjects relating to pathology in French, German, English and American medical journals, and of many papers read before medical societies. He was elected Fellow of the Royal Society on 11 May 1905.

Title: Medical Contributions to the Study of Evolution

Medical Contributions to the Study of Evolution