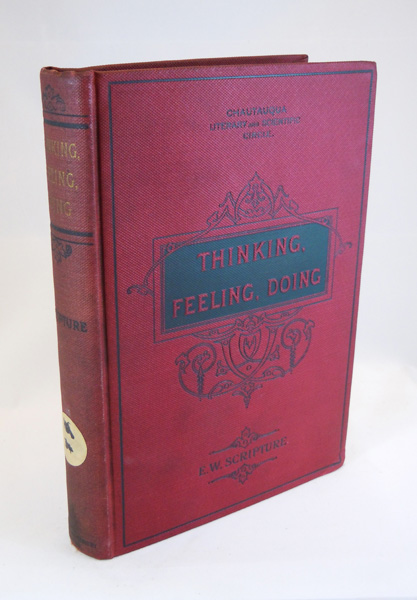 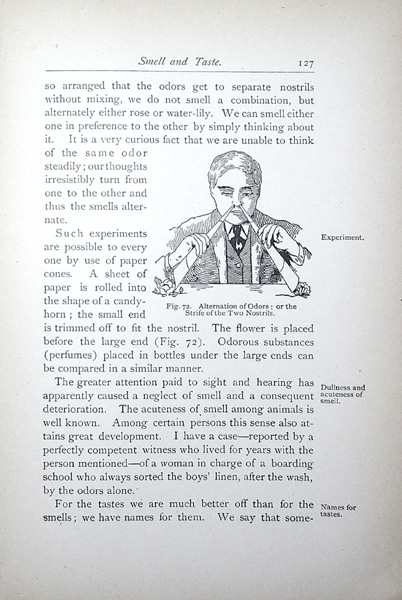 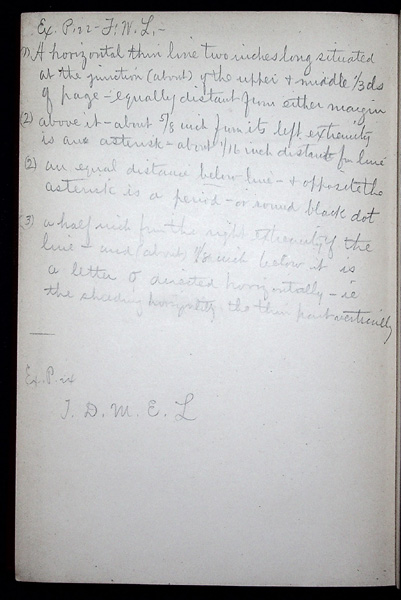 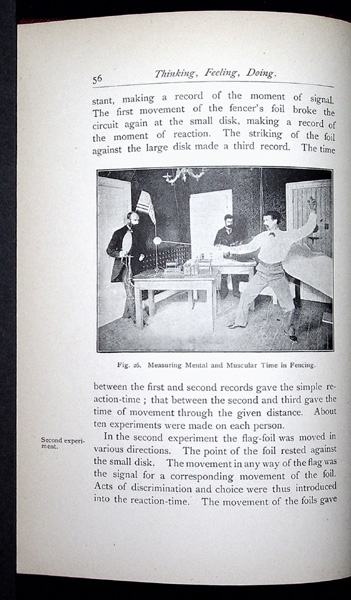 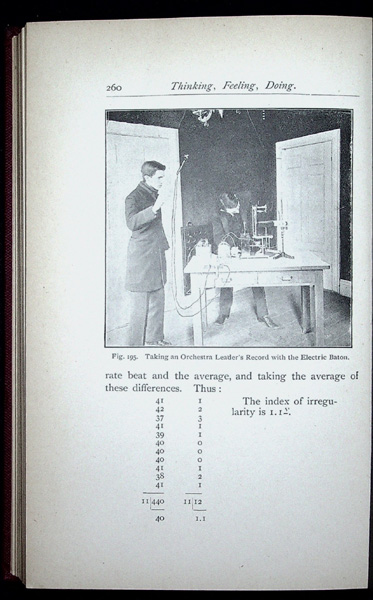 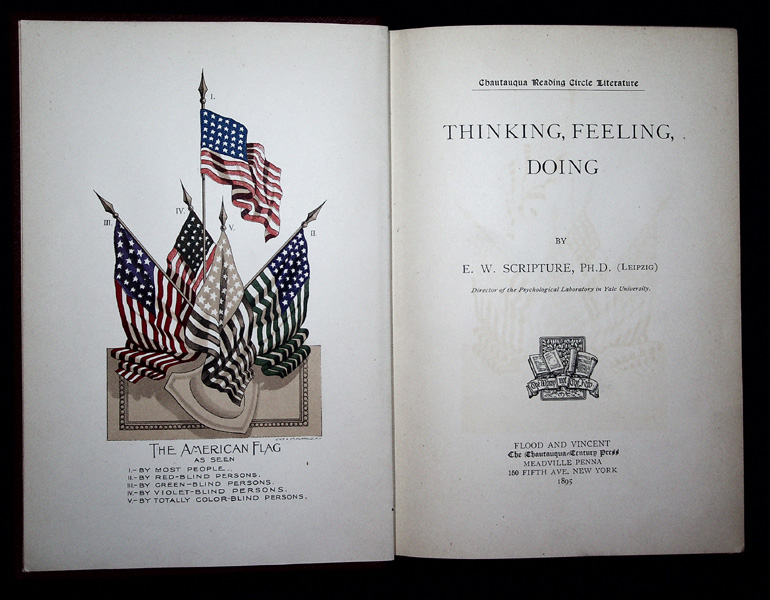 FIRST EDITION OF THE FIRST BOOK ON EXPERIMENTAL PSYCHOLOGY IN ENGLISH, WITH OVER 200 ILLUSTRATIONS. 7 3/4 inches tall hardcover, original red cloth boards, spine darkened, color frontispiece and 209 wood engravings in the text, xii, 304 pages, pencil inscriptions back of rear endpaper, otherwise unmarked, very good. PREFACE: 'This is the first book on the new, or experimental, psychology written in the English language. That it has been written expressly for the people will, I hope, be taken as evidence of the attitude of the science in its desire to serve humanity. In one respect I have departed widely from the usual writers on psychology; I have written plain, every-day English and have not tried to clothe my ignorance in the '' multitudinous syllabifications and frangomaxillary combinations ' that pass as philosophic English.' EDWARD WHEELER SCRIPTURE (1864-1945) founded the experimental psychology laboratory at Yale University, directed the Vanderbilt Speech Clinic at Columbia University, and was a founder of the American Psychological Association. He earned his PhD from the University of Leipzig under Wilhelm Wundt, and established an experimental psychology laboratory at Yale. He then returned to Germany, and earned a medical degree from the University of Munich in 1906, and returned to America, accepting a position at Columbia University.