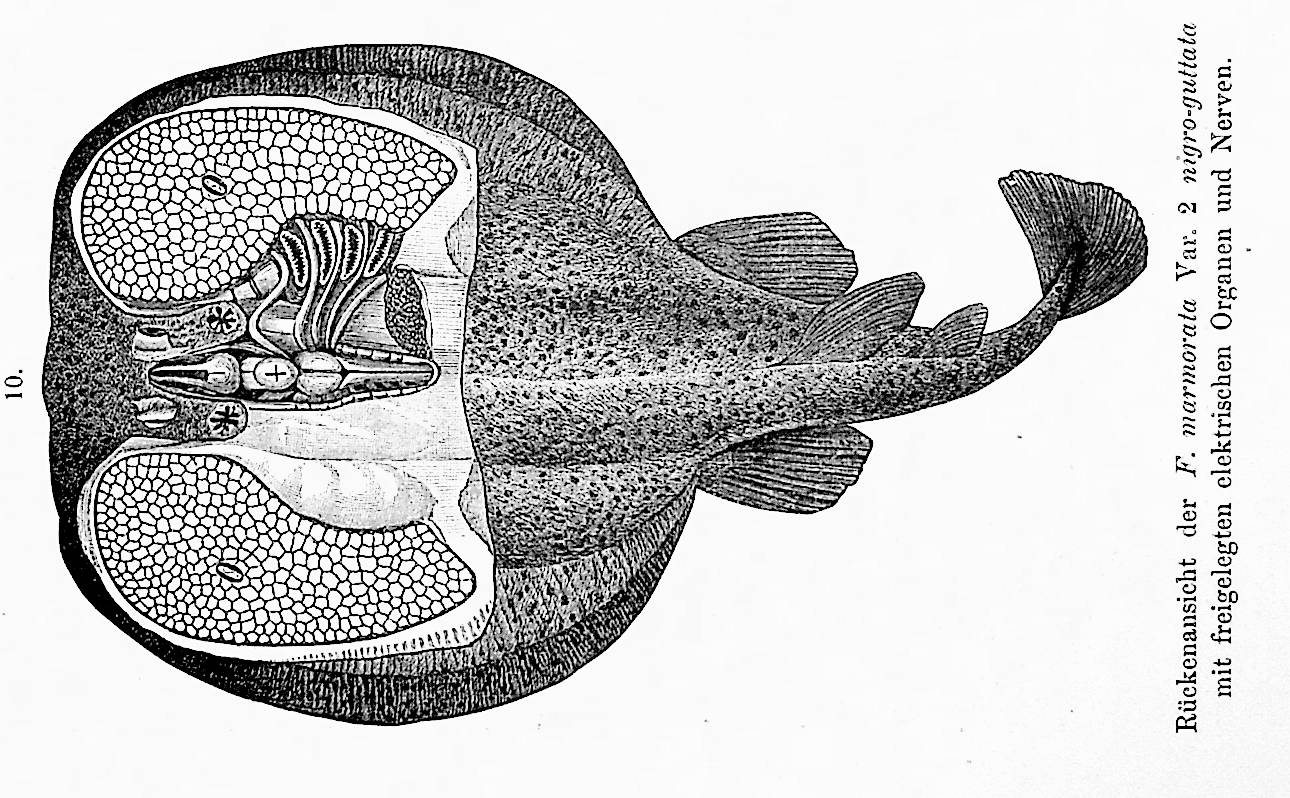 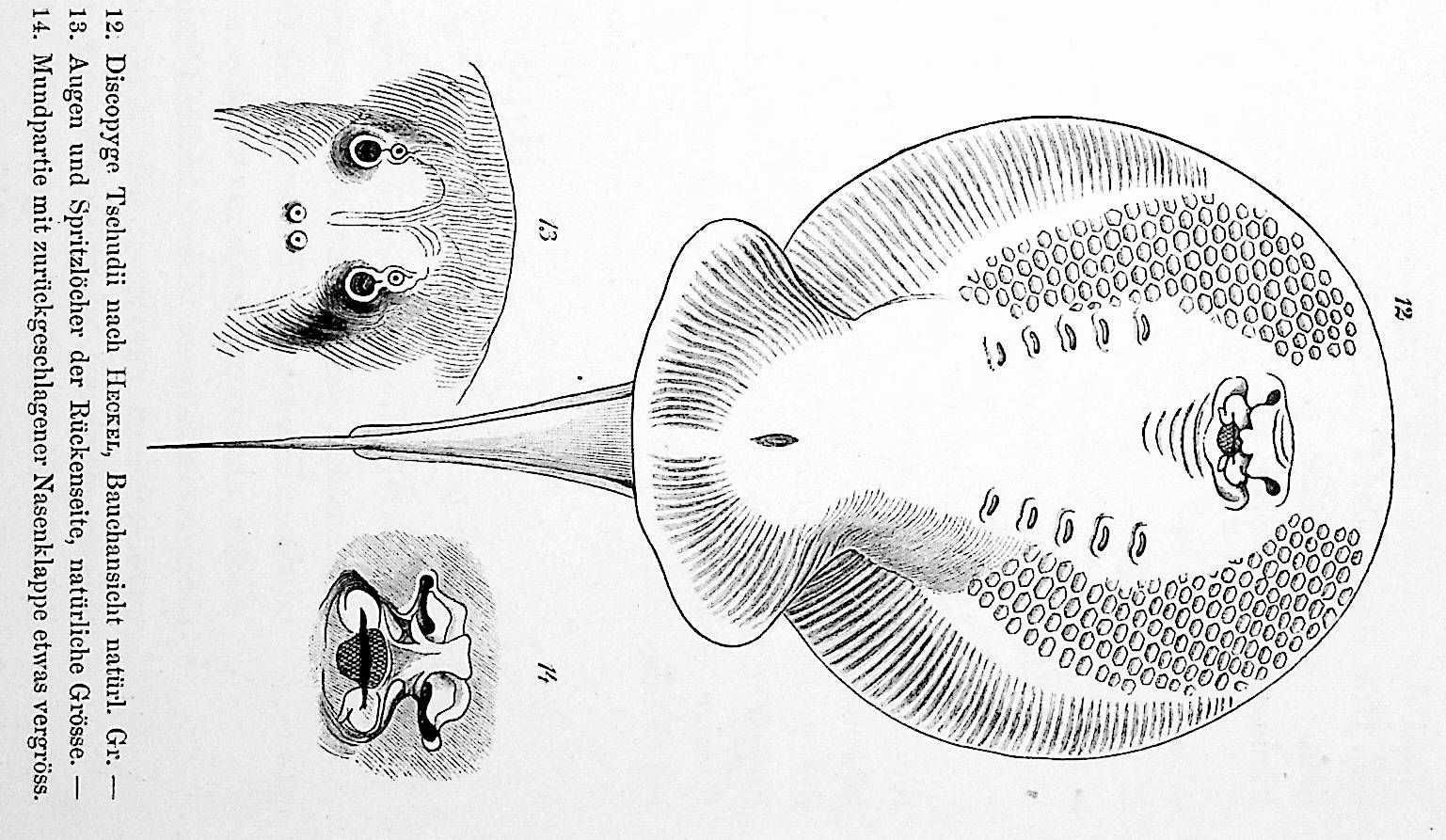 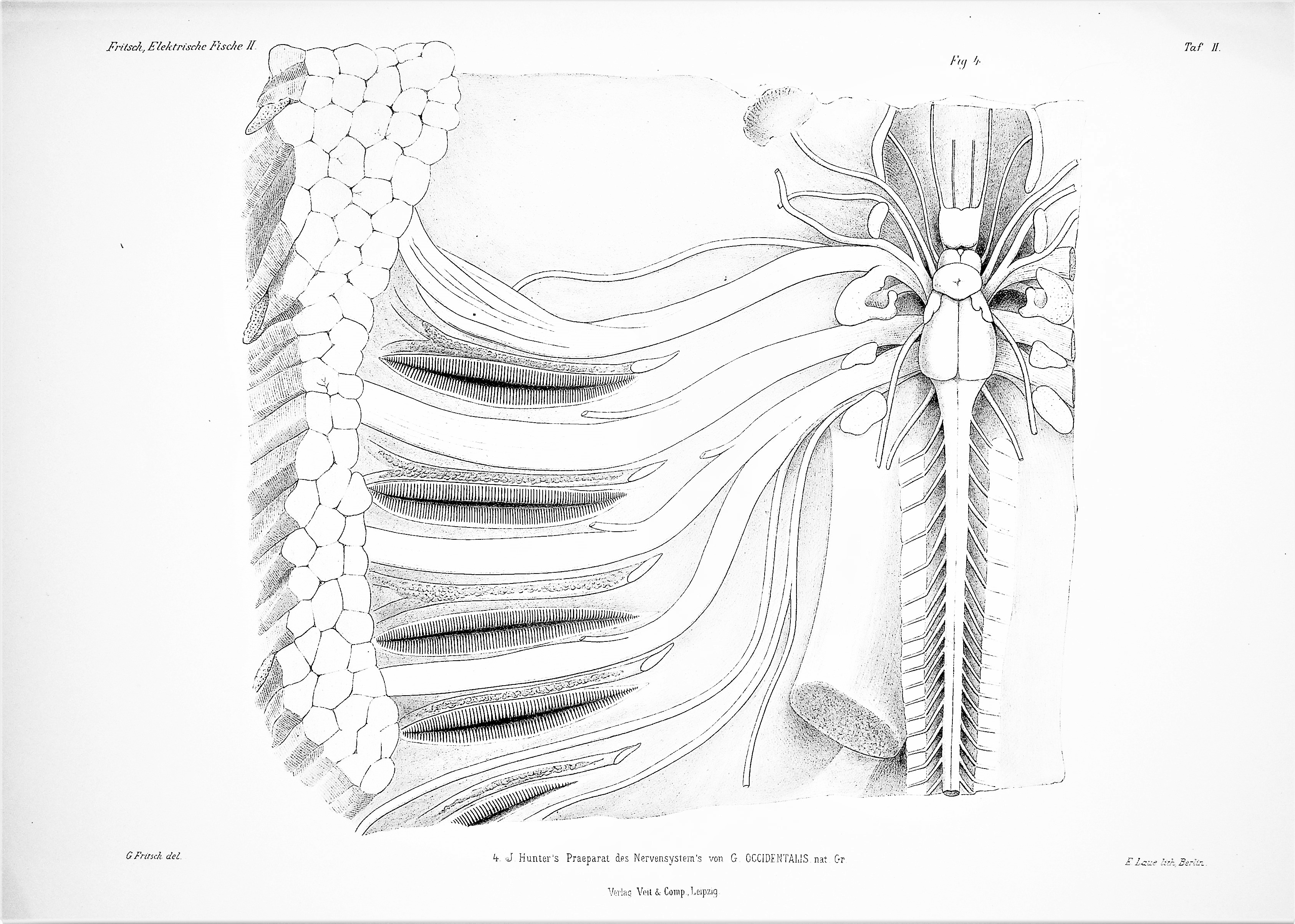 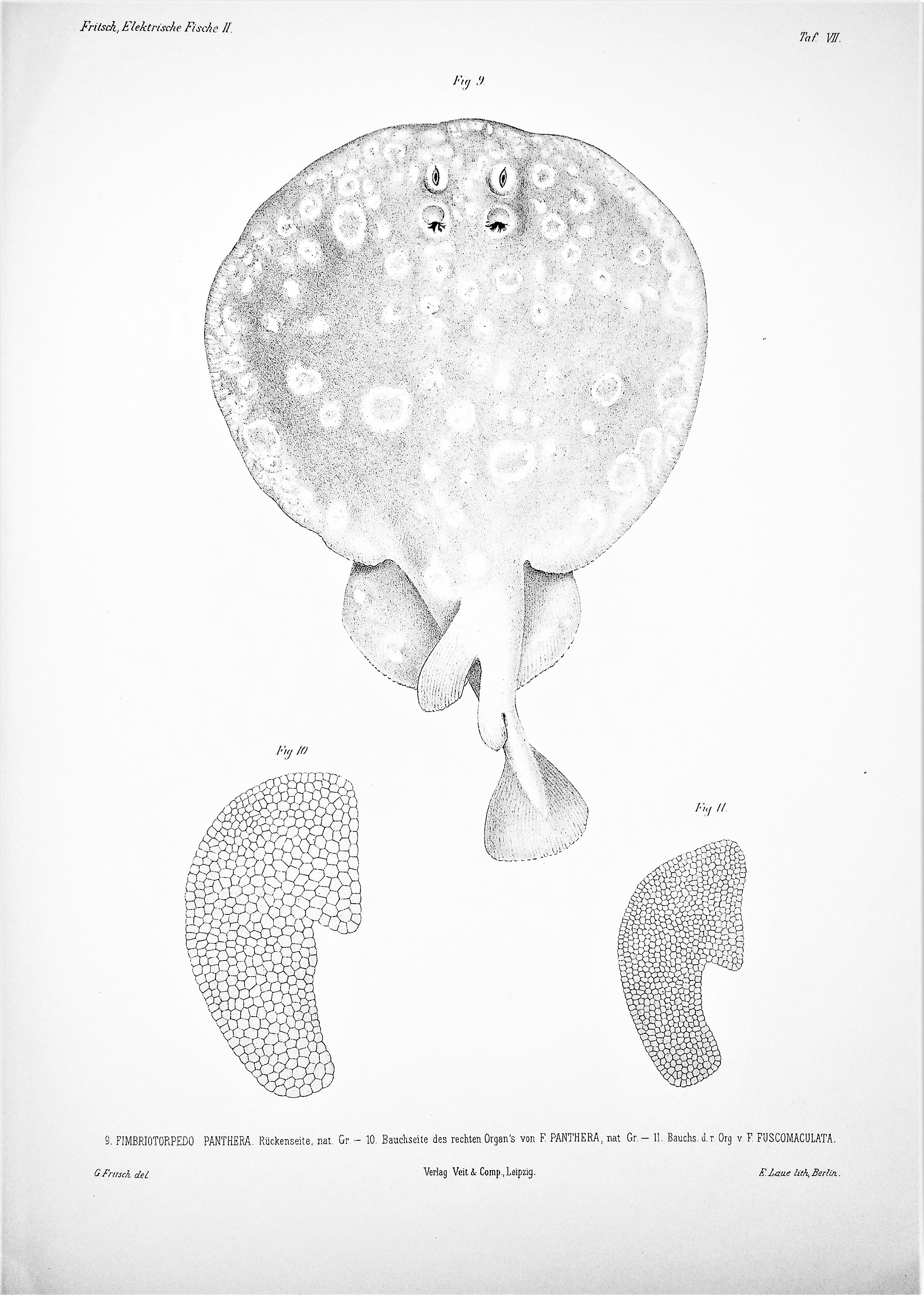 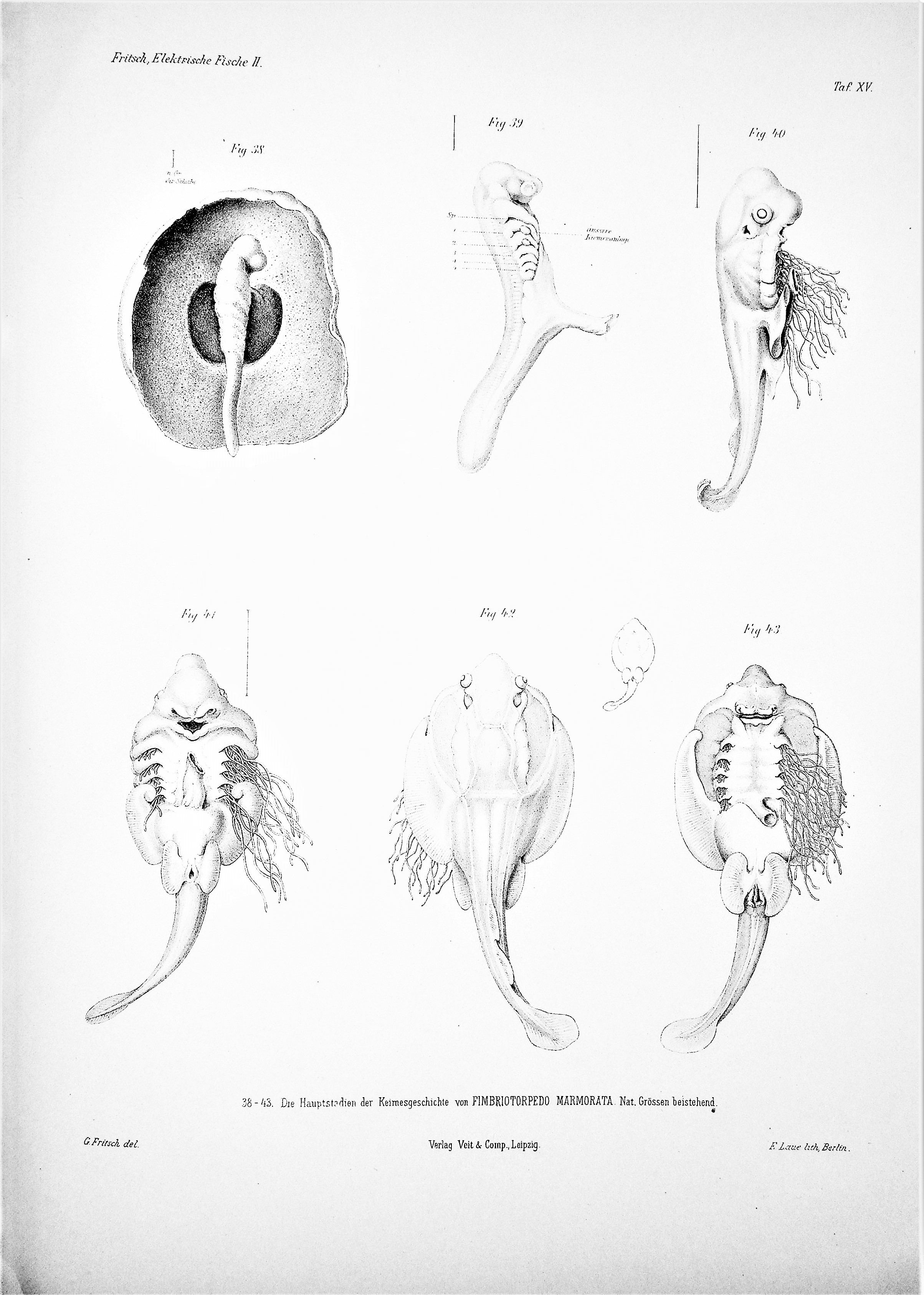 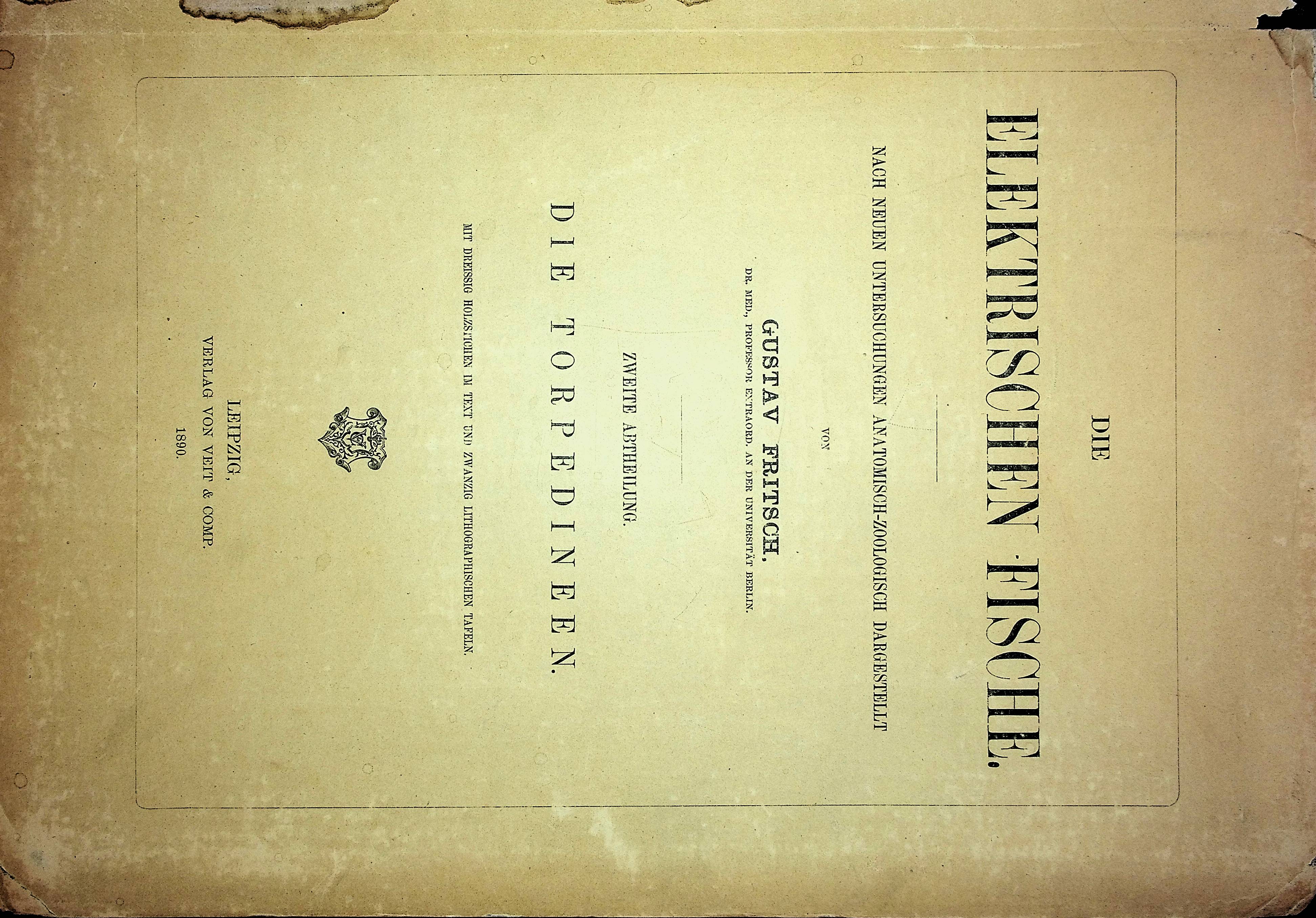 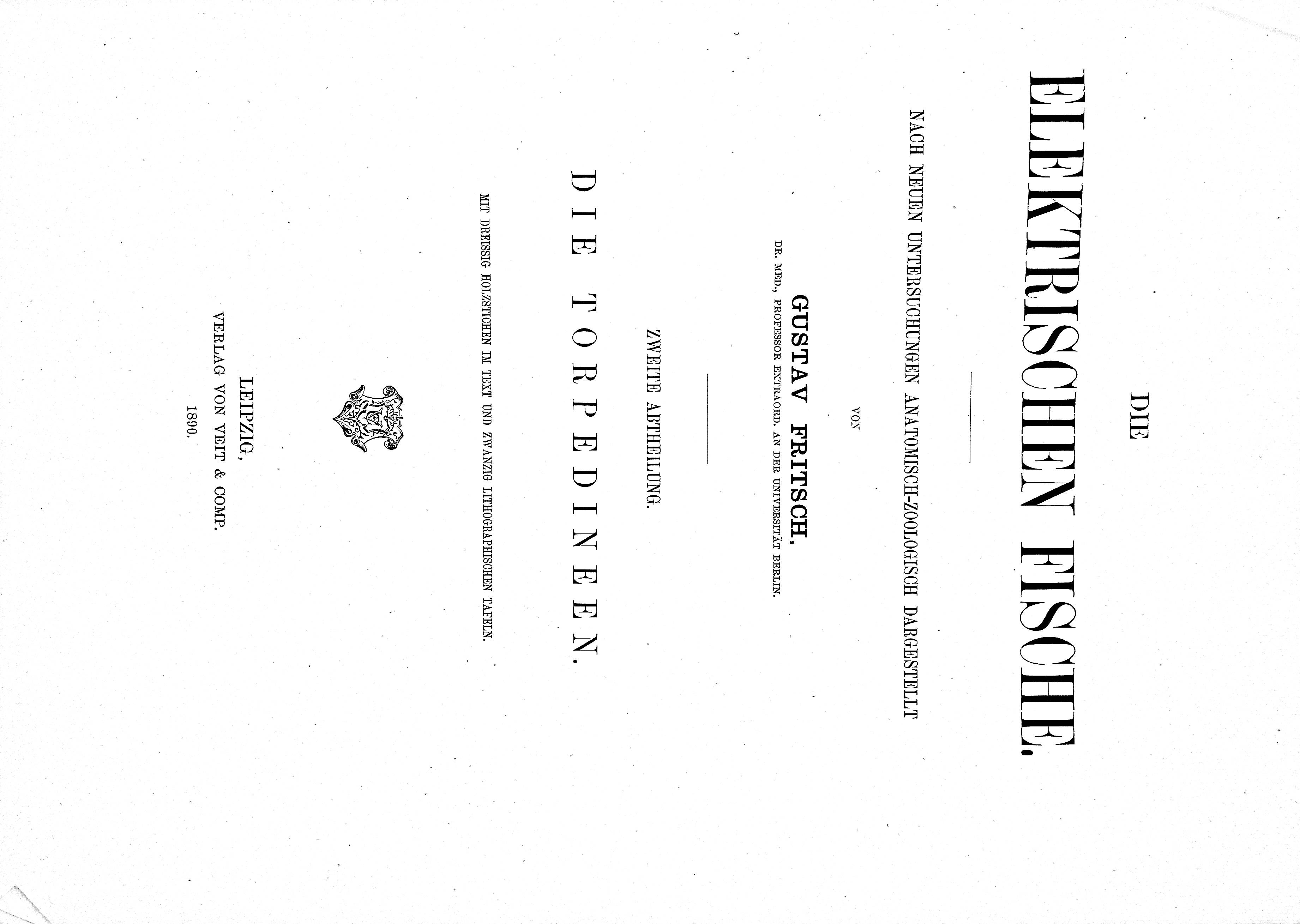 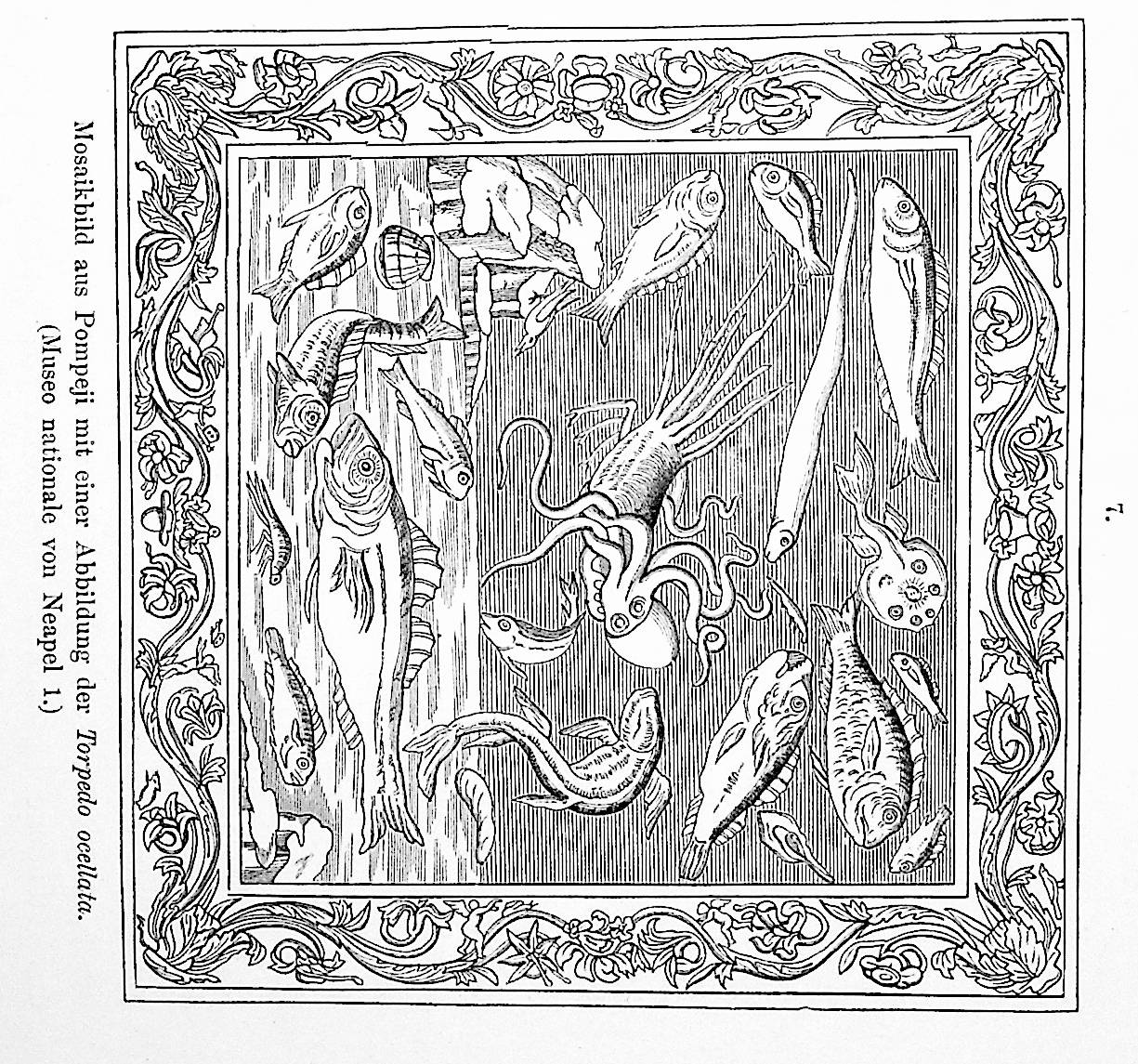 1887-1890 THE PHYSIOLOGY OF ELECTRIC FISH: TWO FOLIO VOLUMES WITH 32 LARGE LITHOGRAPHIC PLATES BY PIONEERING NEUROPHYSIOLOGIST GUSTAV FRITSCH2 volumes, 19 inches tall hardcover printed boards, cloth spine binding, Vol. I, vii, 90 pp, 4 wood engravings, 12 lithographic plates; Vol. II, vi, 146 pp, 30 wood engravings, 20 lithographic plates. Corners bumped, dampstains to 3 covers, wear to cover edges, pages mostly unopened & uncut, text and plates unmarked and fine. In custom archival mylar covers. GUSTAV THEODOR FRITSCH (1838 - 1927) was a German anatomist, anthropologist, traveller and physiologist from Cottbus. Fritsch studied natural science and medicine in Berlin, Breslau and Heidelberg. In 1874 he became an associate professor of physiology at the University of Berlin, where he was later appointed head of the histological department at the physiological institute. He is known for his work with neuropsychiatrist Eduard Hitzig (1839 - 1907) involving the localization of the motor areas of the brain. In 1870, the two scientists probed the cerebral cortex of a dog to discover that electrical stimulation of different areas of the cerebrum caused involuntary muscular contractions of specific parts of the dog's body. Interest in ethnology led him to enlist in the expedition that traveled to Isfahan to observe the course of Venus and, subsequently, to join different groups of study in Asia minor. These trips involving leaving the Chair of Physiology, which had accepted in 1874, at the University of Berlin. Until the end of his days continued with his impressive work as field and thus, between 1881 and 1882, traveled to Egypt and the Eastern Mediterranean countries, economic sponsored by the Academy of Sciences in Berlin, to study electric fish.