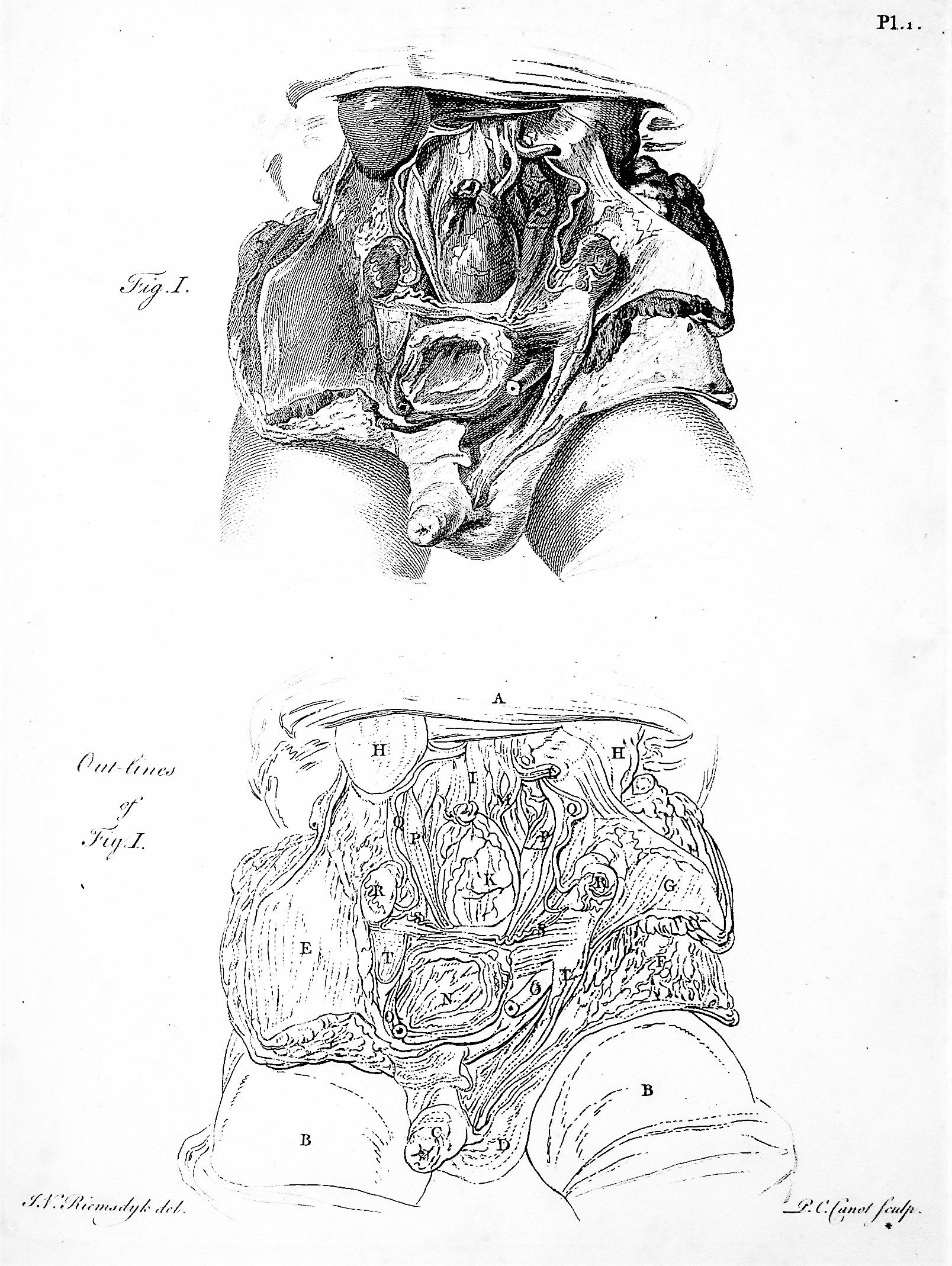 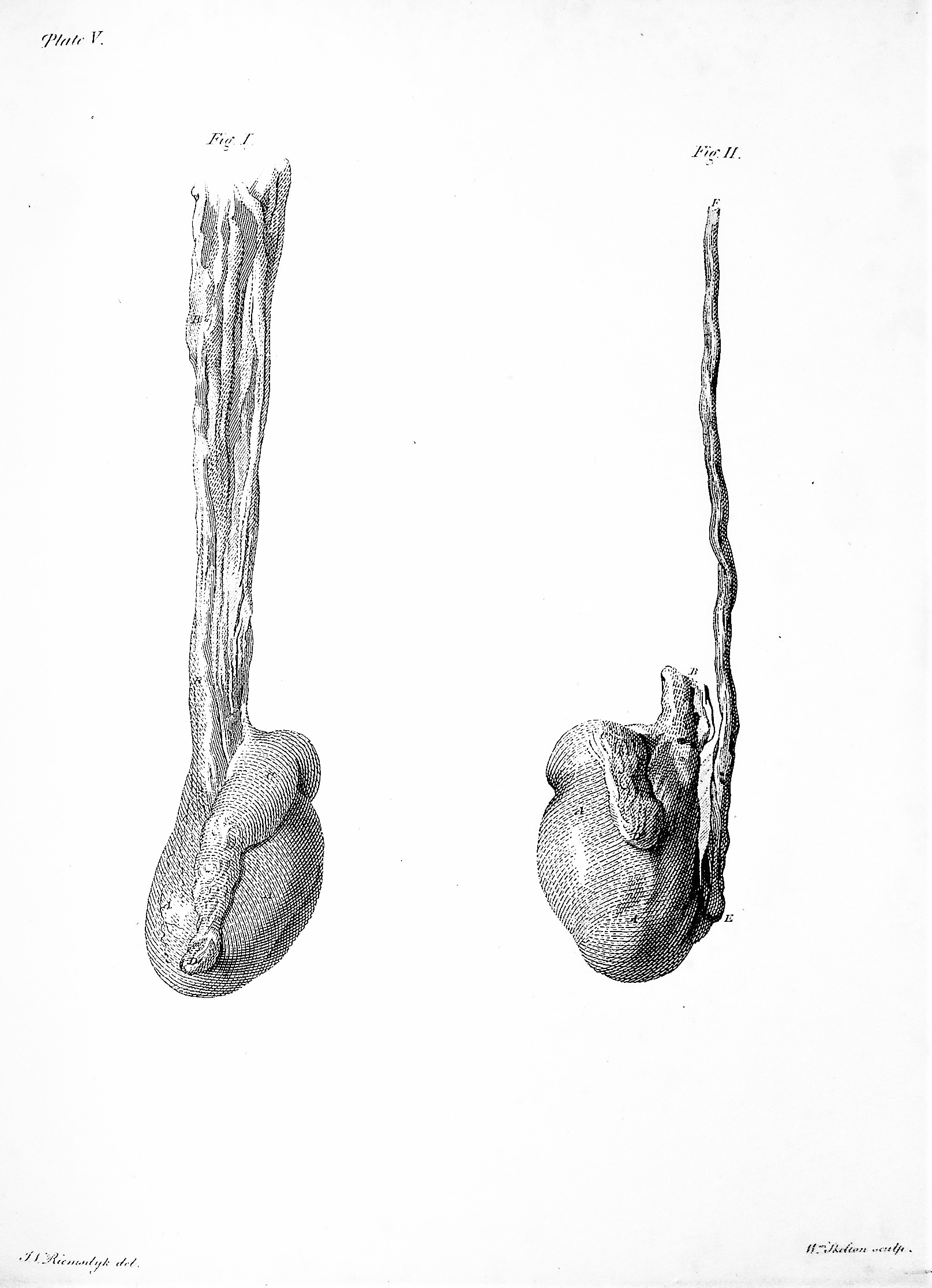 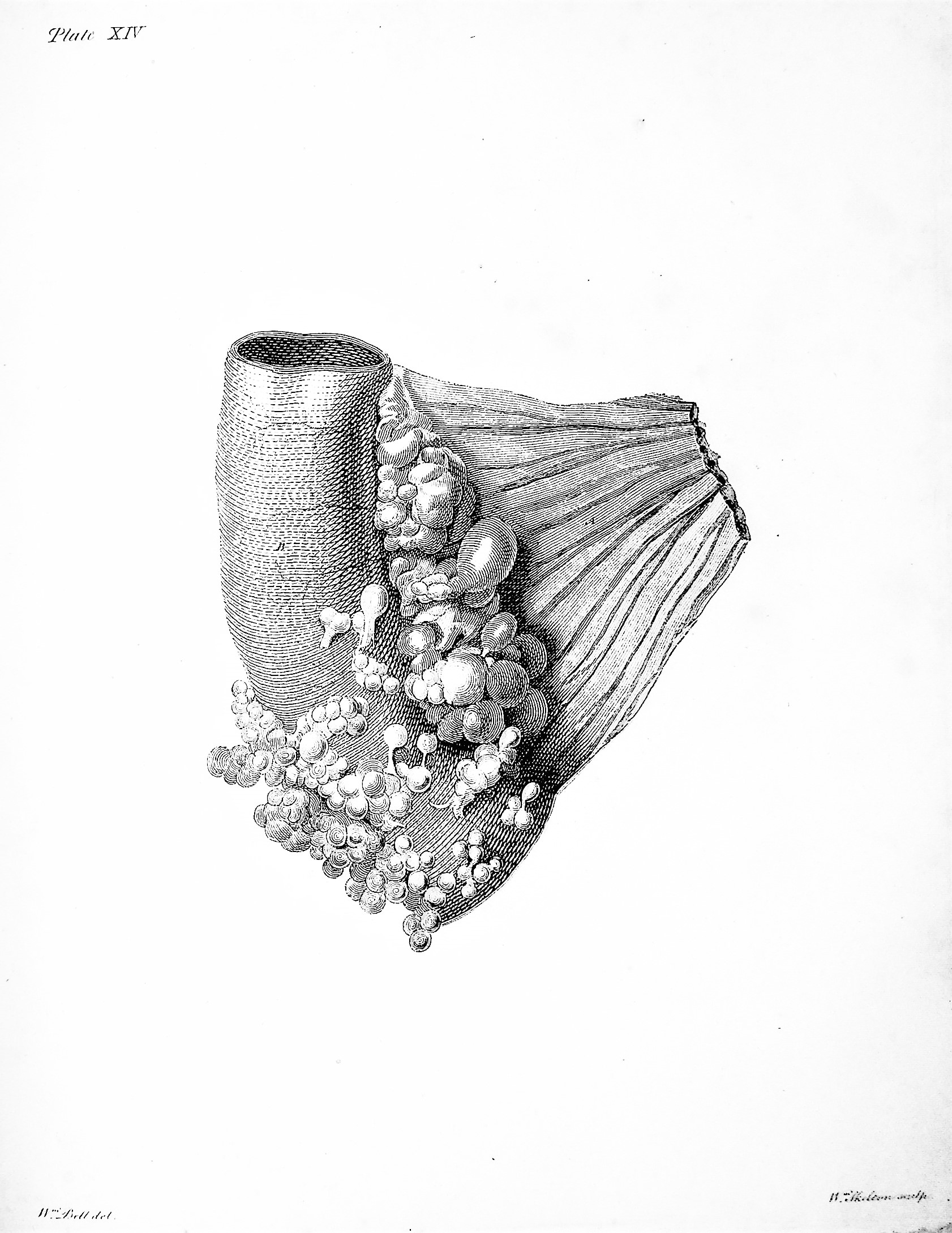 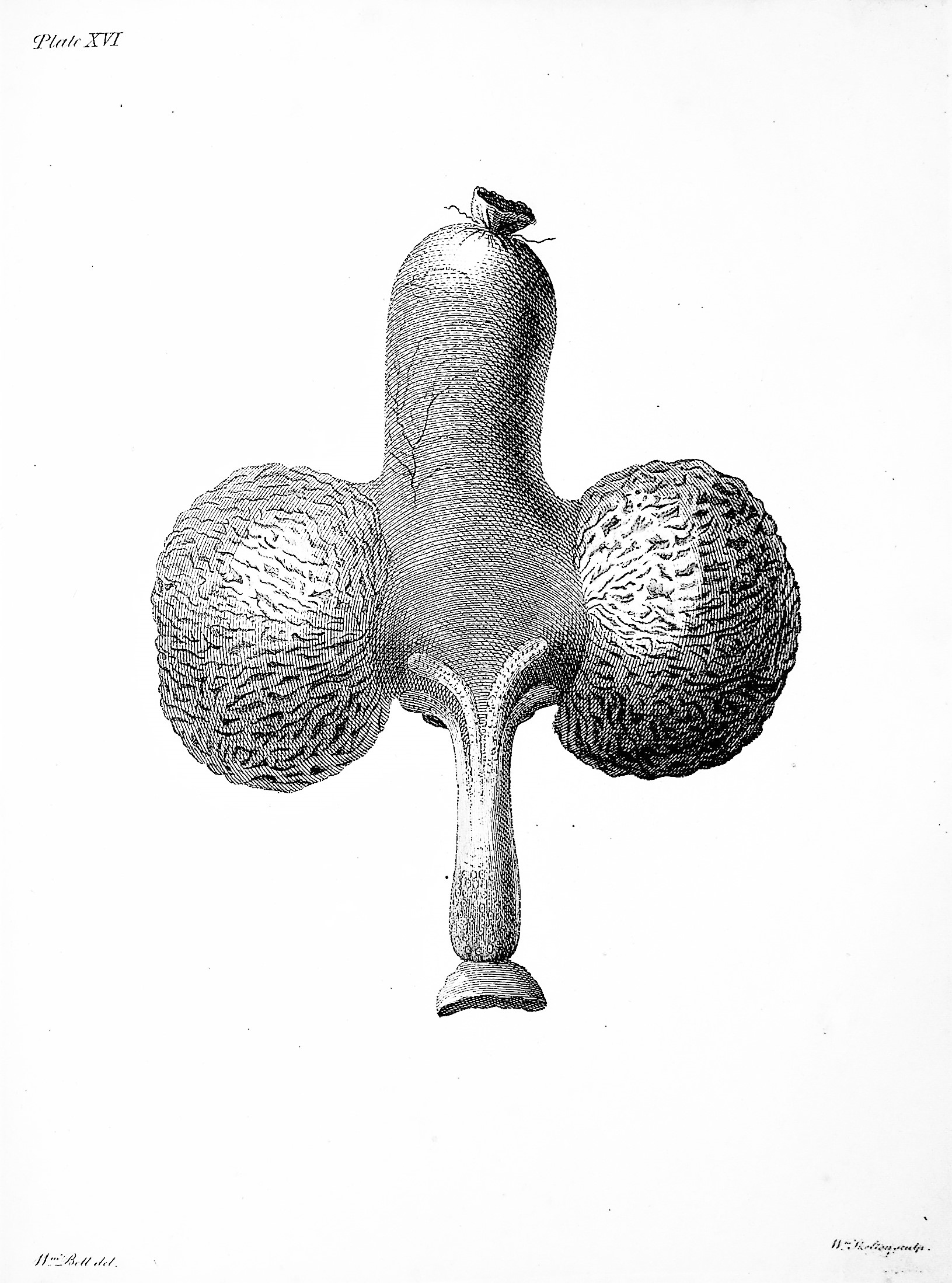 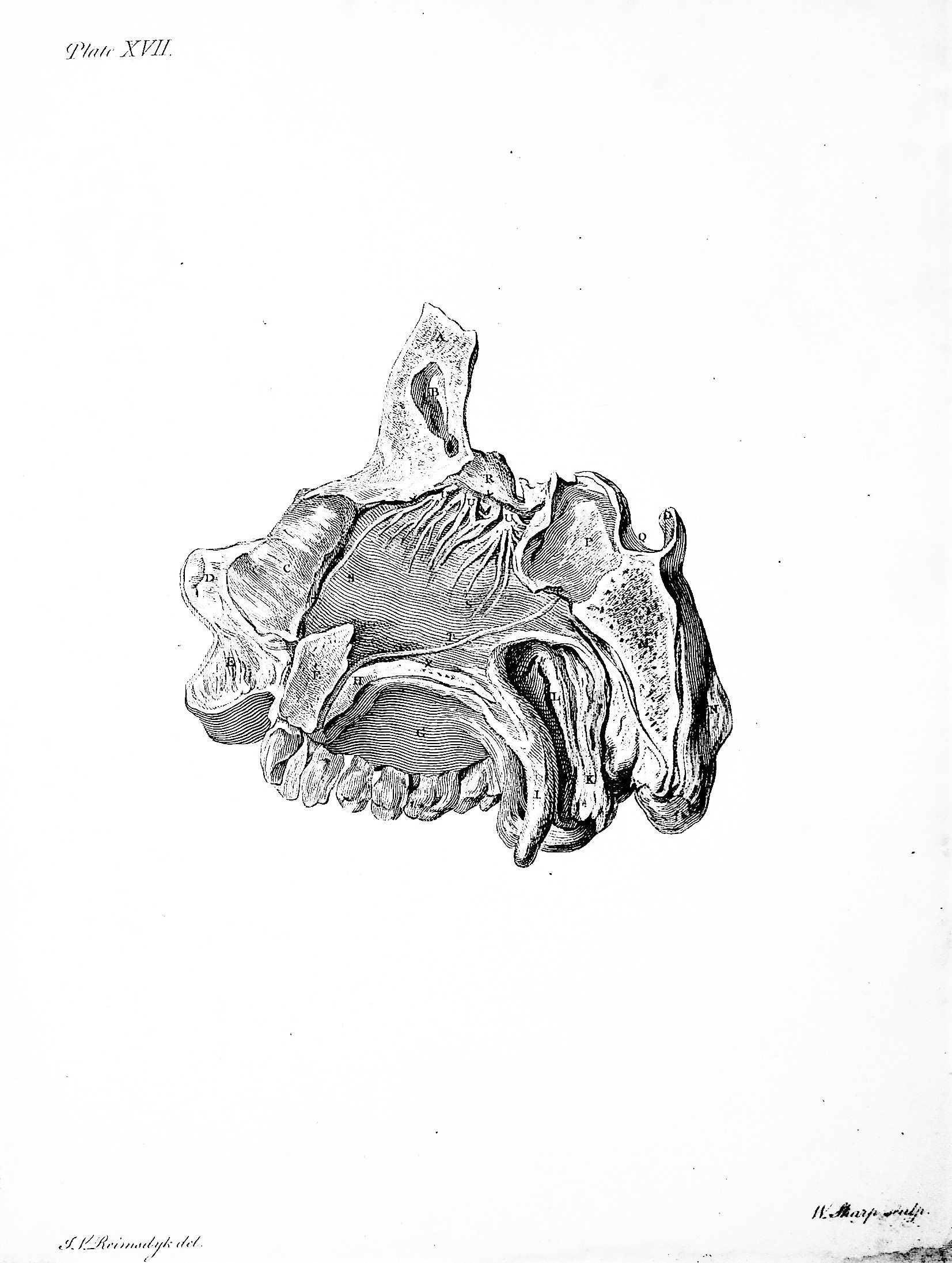 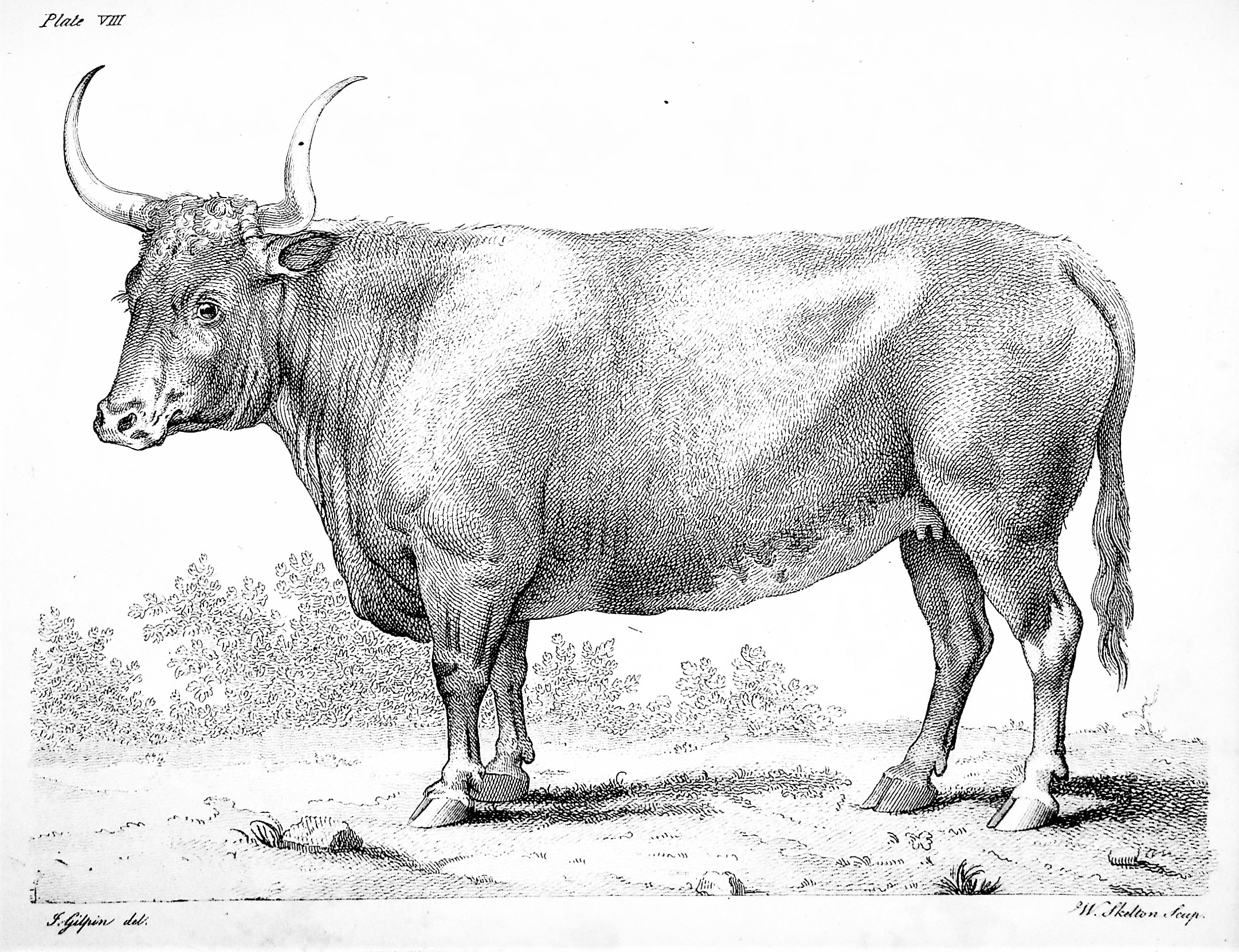 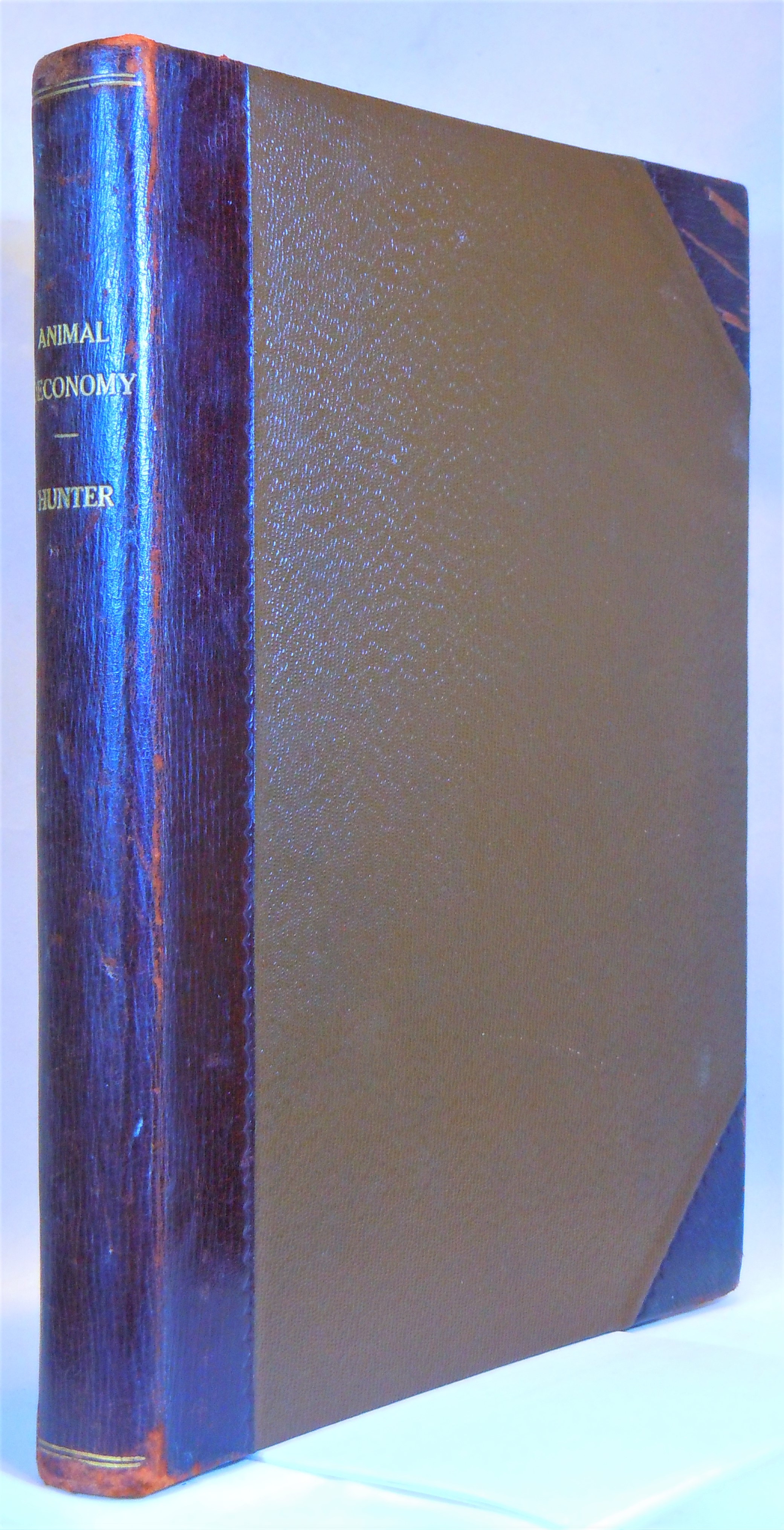 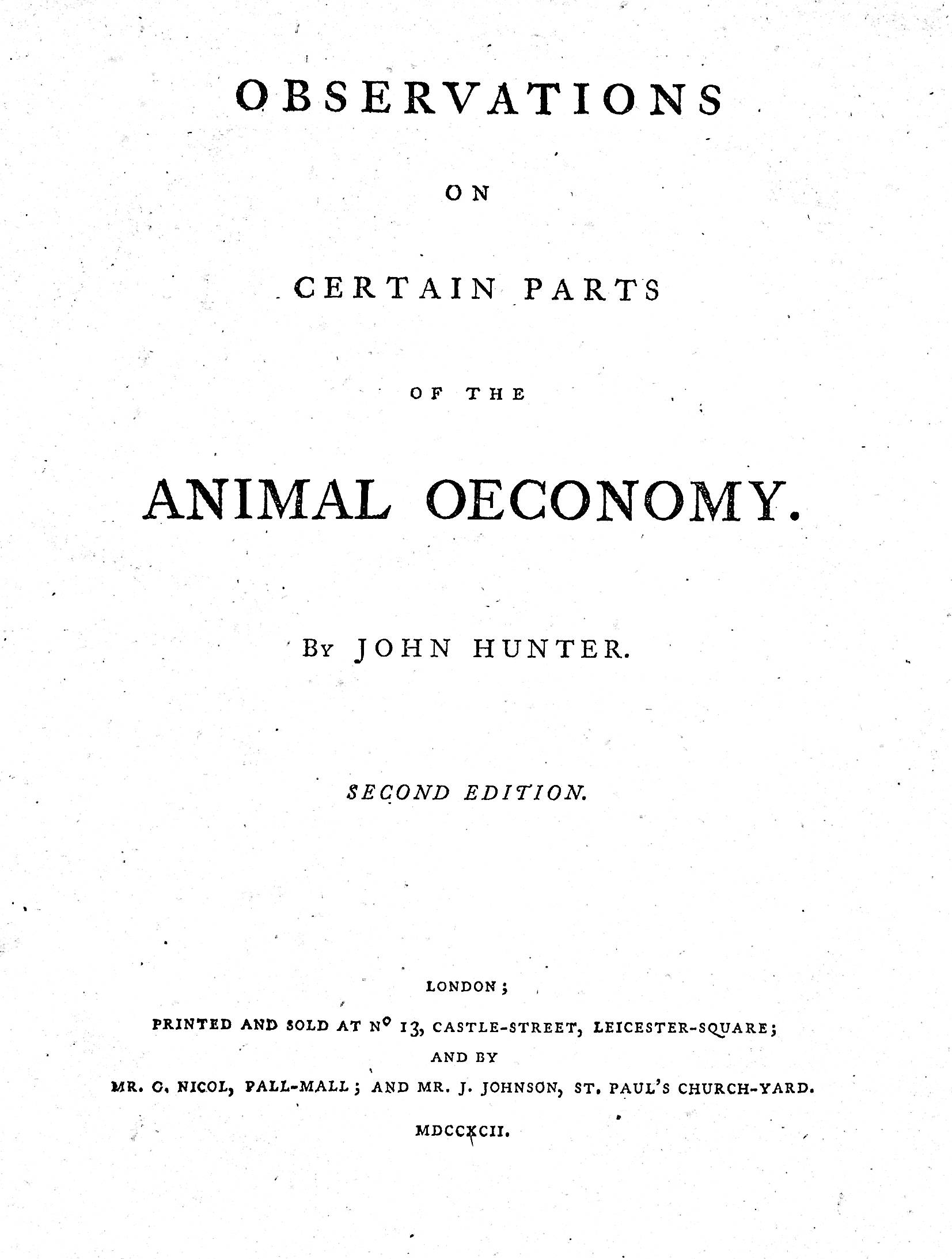 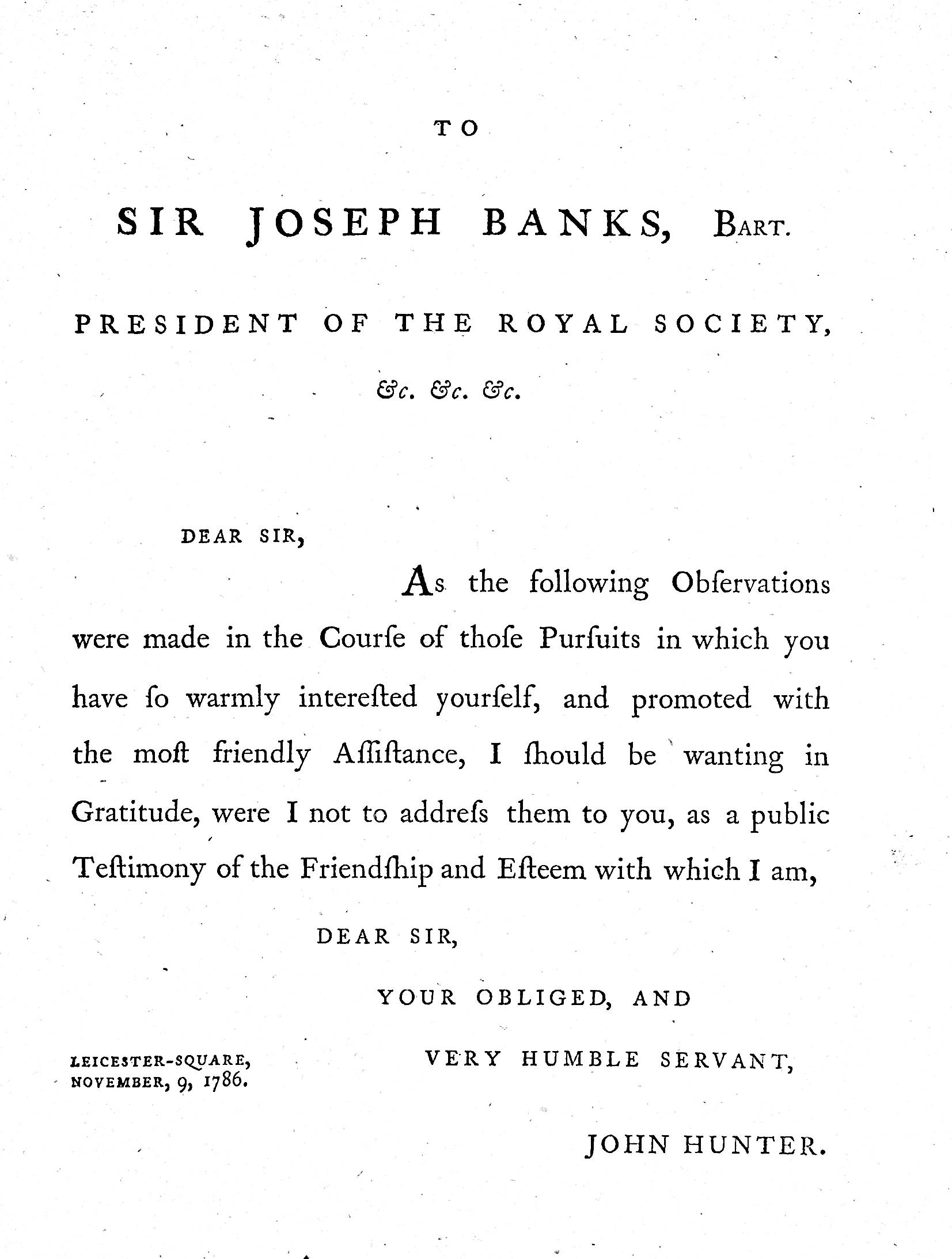 Observations on Certain Parts of the Animal Oeconomy

1792 COLLECTION OF ANATOMIC AND EXPERIMENTAL PAPERS BY EMINENT SCOTTISH SURGEON, JOHN HUNTER, WITH FINE COPPER PLATES BY JAN VAN RYMSDYK. 10 1/2 inches tall hardcover, 3/4 leather with pebbled cloth binding, gilt title to spine, [ii], title, dedication to Sir Joseph Banks, President of the Royal Society, ii (contents), 277 pp (including index), has all 19 plates after drawings by Jan van Rymsdyk and William Bell (including the two plates numbered as 2, the first is a key to the second); spine rubbed with peel marks at one corner but sound, new endpapers with private book plate on front pastedown, general light age toning with occasional light age staining to text, plates have damp and age staining, usually at margins and images never obscured, overall a very good-minus copy; ...including his papers on the foetal testes, the vesiculae seminales, and nine papers from the Philosophical Transactions, viz. on the free-martin (hermaphrodite cow), on a hen-pheasant with cockfeathers, on the organ of hearing in fishes, on the air receptacles of birds, on animal heat, on the recovery of the apparently drowned, on the structure of the placenta, on the Gillaroo trout; also a long paper on digestion, the colour of the eye-pigment in various animals, and the nerve of the organ of smell. The principal addition is Hunter's Observations tending to show that the Wolf, Jackal, and Dog are all of the same species. Hunter's two papers, on an extraordinary pheasant and on the free-martin, are a study of hermaphroditism. He pointed out that every species of animal and every part of an animal is subject to deviation, which may not improperly be called monstrous. Perhaps the most important observation in these papers is Hunter's clear exposition of the distinction between primary and secondary sexual characters, a subject to which Darwin ascribed considerable significance and wrote - With animals which have their sexes separated, the males necessarily differ from the females in their organs of reproduction; and these afford the primary sexual characters. But the sexes often differ in what Hunter has called secondary sexual characters, which are not directly connected with the act of reproduction; for instance, in the male possessing certain organs of sense or locomotion, of which the female is quite destitute, or in having them more highly-developed, in order that he may readily find or reach her; or again, in the male having special organs of prehension so as to hold her securely. ( George Qvist, John Hunter 1728-1793 pp. 96-97). JOHN HUNTER (1728 - 1793) was regarded as one of the most distinguished scientists and surgeons of his day. He was an early advocate of careful observation and scientific method in medicine. The Hunterian Society of London was named in his honour. He was the husband of Anne Hunter, a teacher, and friend of, and collaborator with, Edward Jenner, the inventor of the smallpox vaccine. Hunter was elected as Fellow of the Royal Society in 1767. In 1768 Hunter was appointed as surgeon to St George's Hospital. Later he became a member of the Company of Surgeons. In 1776 he was appointed surgeon to King George III. JAN VAN RYMSDYK (c1730 - c1790) was a Dutch painter and engraver active The Hague in the late 1740s but was in London by 1750. In 1758 he moved away to Bristol and practised as a portrait-painter; in 1764 he returned to London. His skill brought him work with William Hunter, and he executed some of the engravings for Hunter's Anatomia Humani Gravidi Uteri (1774).

Title: Observations on Certain Parts of the Animal Oeconomy

Observations on Certain Parts of the Animal Oeconomy