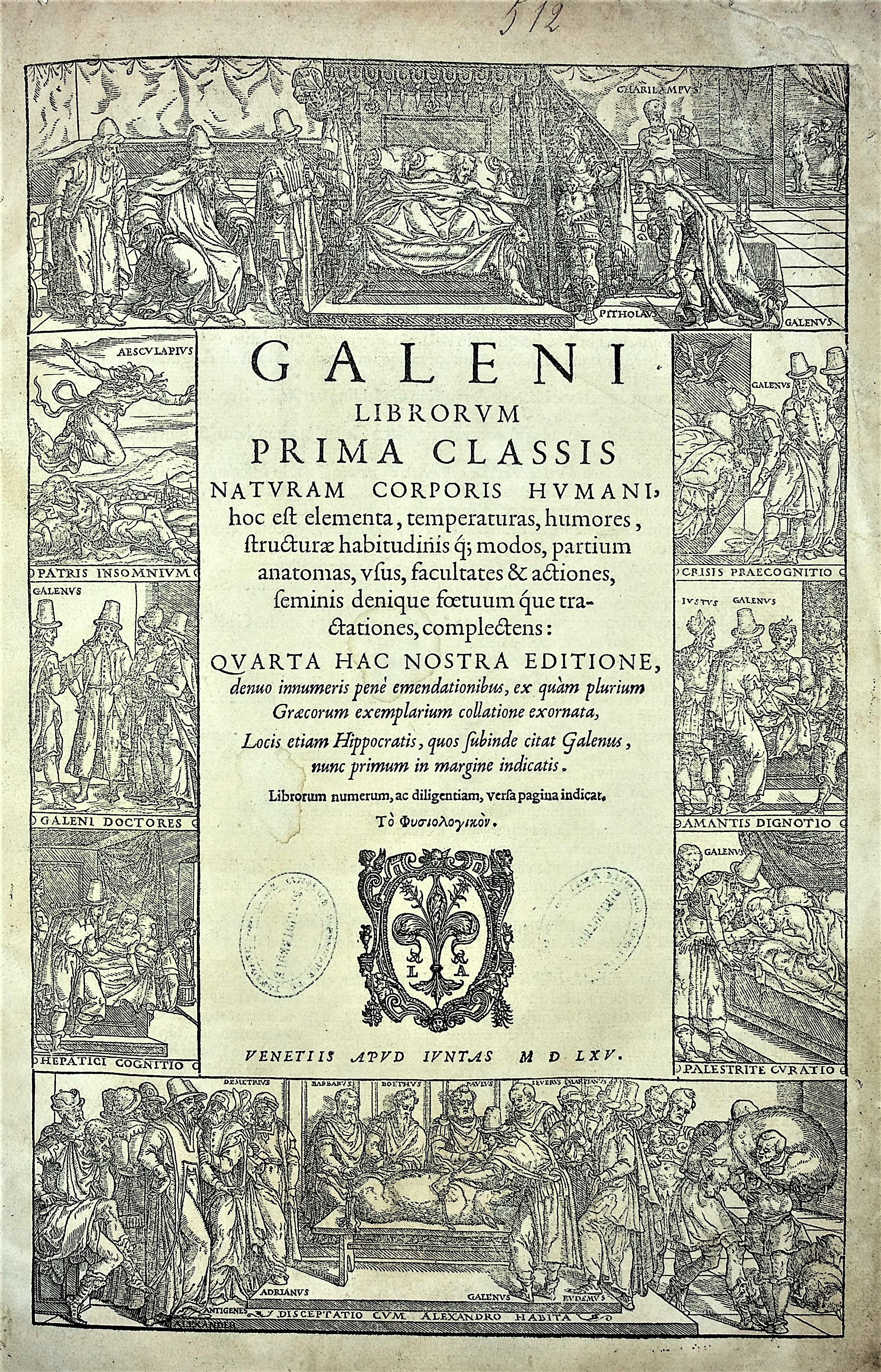 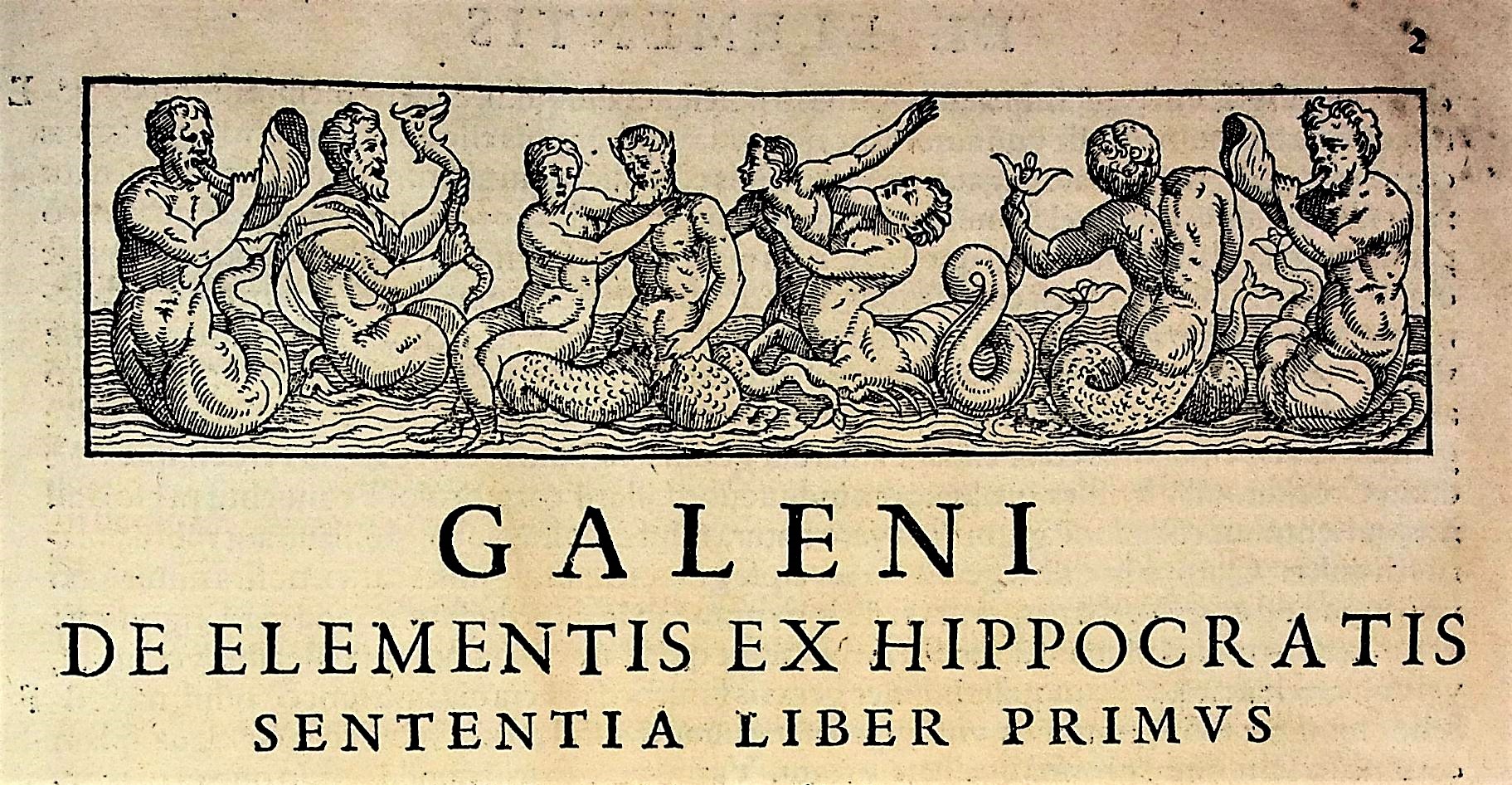 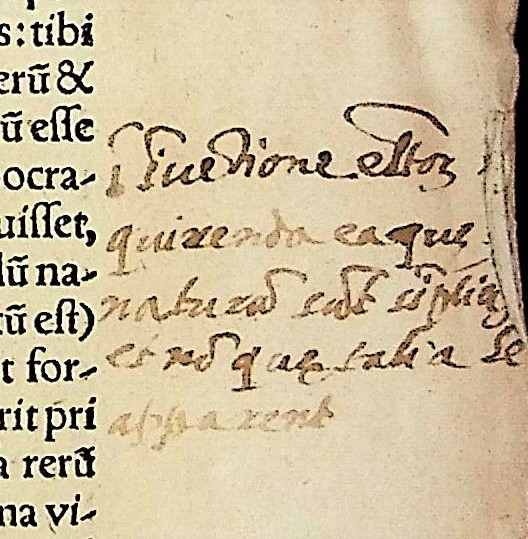 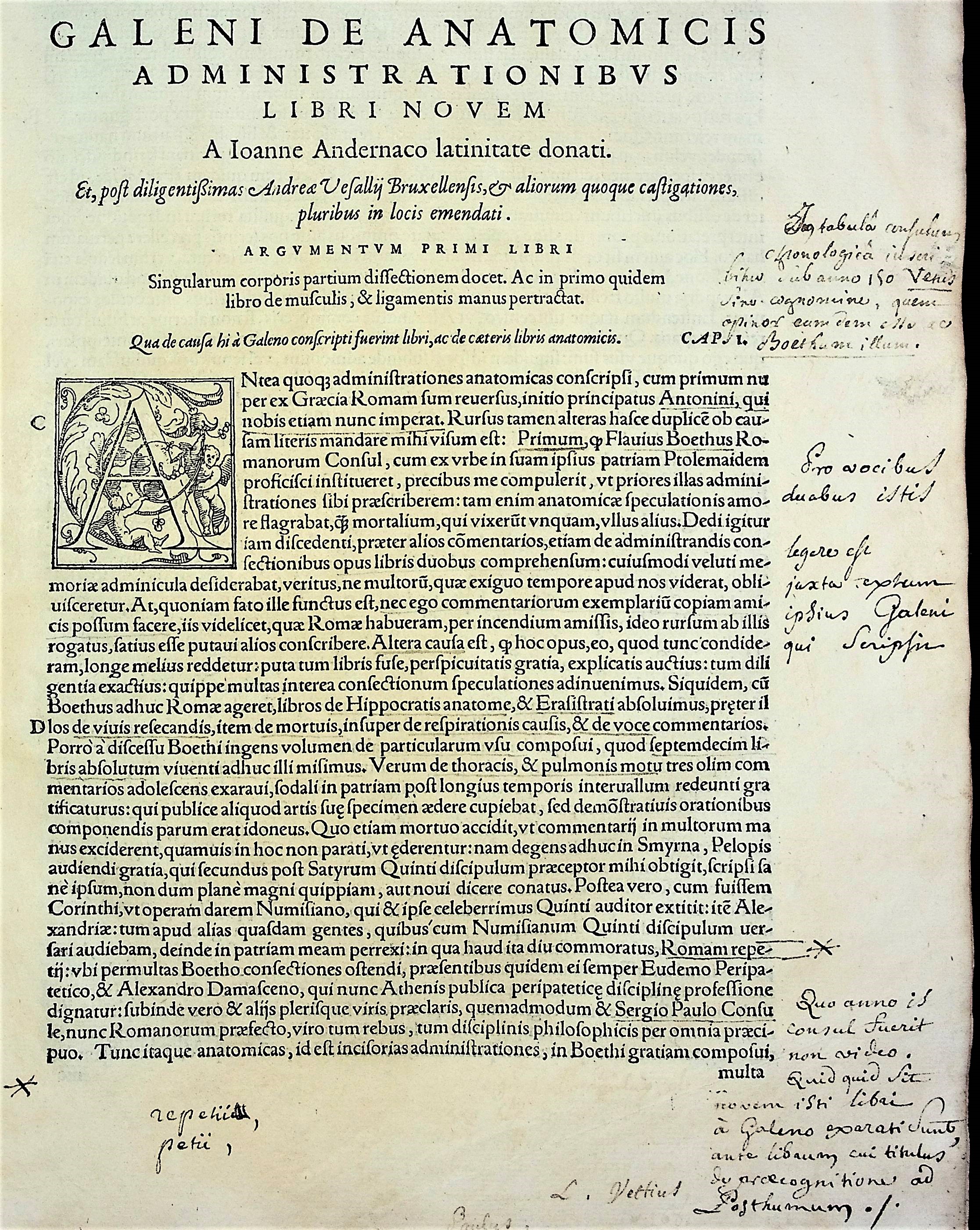 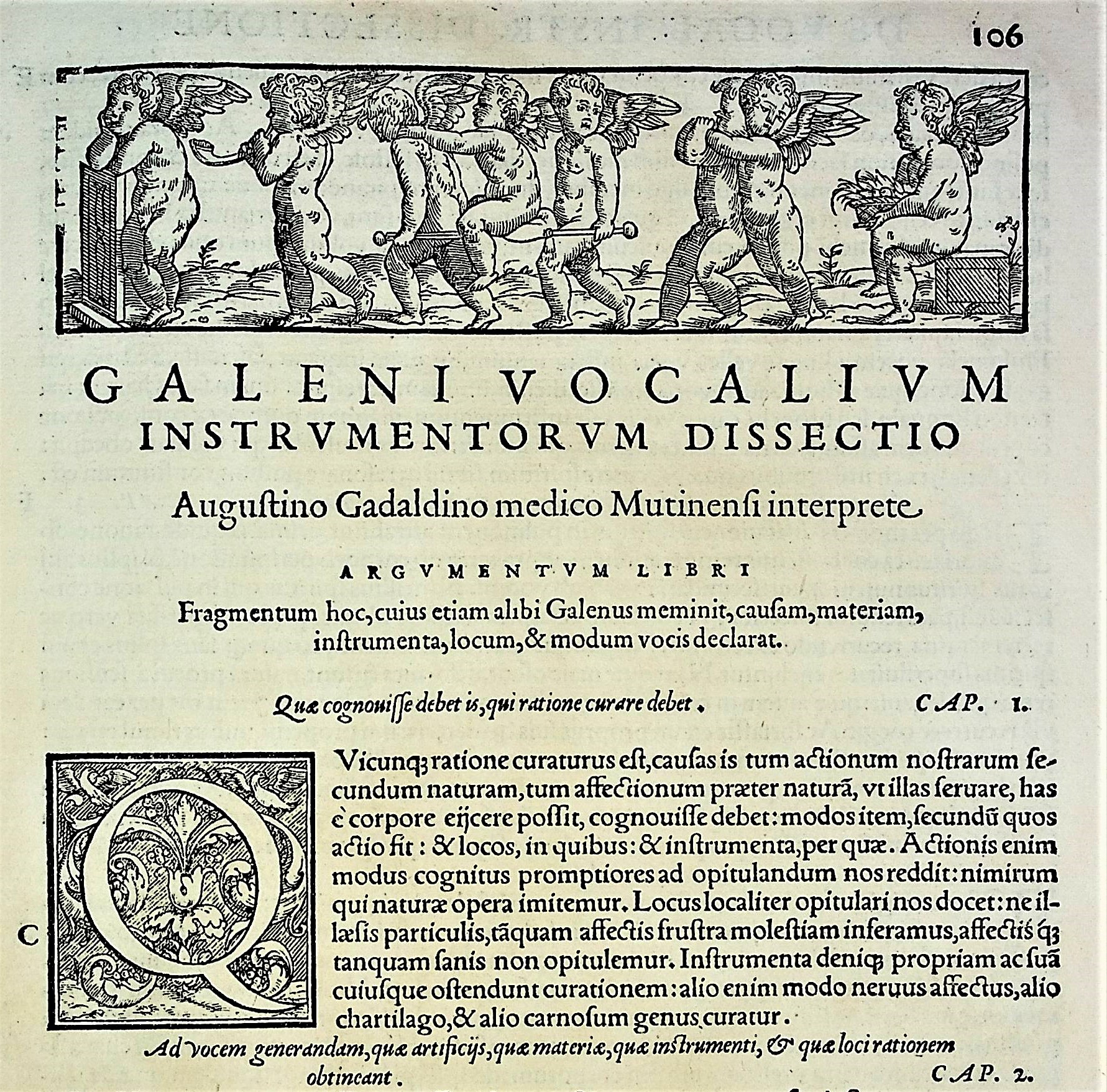 1565 VENETIAN RENAISSANCE PUBLISHER GIUNTI'S LATIN TRANSLATION OF A VOLUME OF GALEN'S WORKS WITH WOODCUTS AND EARLY MARGINAL NOTATIONS. 14 inches tall hardcover, 19th century 1/2 leather binding with marbled boards, spine with raised bands and gilt title. Title page bordered by woodcuts showing scenes from Galen's life, 682 pp containing many decorated initials, head- and tail-pieces. Binding very good minus with corners and edges worn, gilt spine bright. Rippling to pages, title page with browning, soiling, lacking 1 inch top corner (not affecting woodcuts), with small institutional handstamps either side of printer's device. Binding tight with copious marginal notations in contemporary hand throughout the text, revealing the use of the volume in medical practice of the time. Old water stains to bottom of last 100 pp, wormhole to last 7 leaves affecting text. Overall, a good copy of a Renaissance book bearing the marks of centuries of use. This is one of 11 volumes of a Latin translation of Galen's collected works, published by the heirs of Venetian printer Lucantonio Giunti, whose printer's device appears on the title page and last page. LUCANTONIO GIUNTI (1457 -1538) was a Florentine book publisher and printer, active in Venice from 1489, a member of the Giunti family of printers. His publishing business was successful, and among the most important in the late fifteenth and early sixteenth centuries. Some thirty members of the family became printers or booksellers. In Venice the Giunti press was the most active publisher and exporter of liturgical texts in Catholic Europe. GALEN [Galen of Pergamon] (129 - circa 216) was a physician, surgeon and philosopher in the Roman Empire. Arguably the most accomplished of all medical researchers of antiquity, Galen influenced the development of various scientific disciplines, including anatomy, physiology, pathology, pharmacology, and neurology, as well as philosophy and logic. Galen may have produced more work than any author in antiquity. So profuse was Galen's output that the surviving texts represent nearly half of all the extant literature from ancient Greece. Galen's understanding of anatomy and medicine was principally influenced by the then-current theory of humorism (also known as the theory of the four humors: black bile, yellow bile, blood, and phlegm), as advanced by ancient Greek physicians such as Hippocrates. Galen's views dominated and influenced Western medical science for more than 1,300 years. His anatomical reports remained uncontested until 1543, when printed descriptions and illustrations of human dissections were published by Andreas Vesalius. Galen's original Greek texts gained renewed prominence during the early modern period. In the 1530s, Belgian anatomist and physician Andreas Vesalius took on a project to translate many of Galen's Greek texts into Latin. Vesalius's most famous work, De humani corporis fabrica, was greatly influenced by Galenic writing and form. Galen's writings were shown by Vesalius to describe details present in monkeys but not in humans, and he demonstrated Galen's limitations through books and hands-on demonstrations despite fierce opposition from orthodox pro-Galenists such as Jacobus Sylvius.