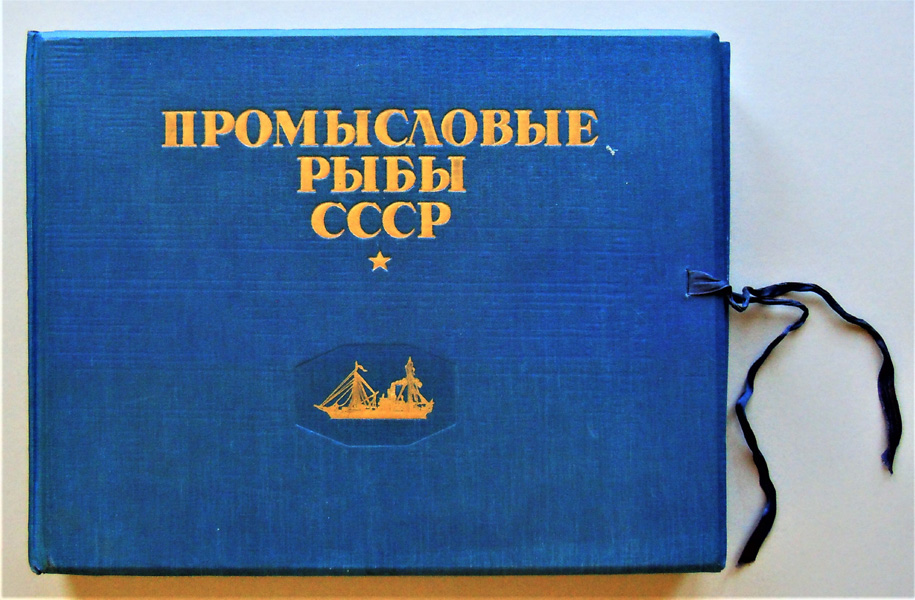 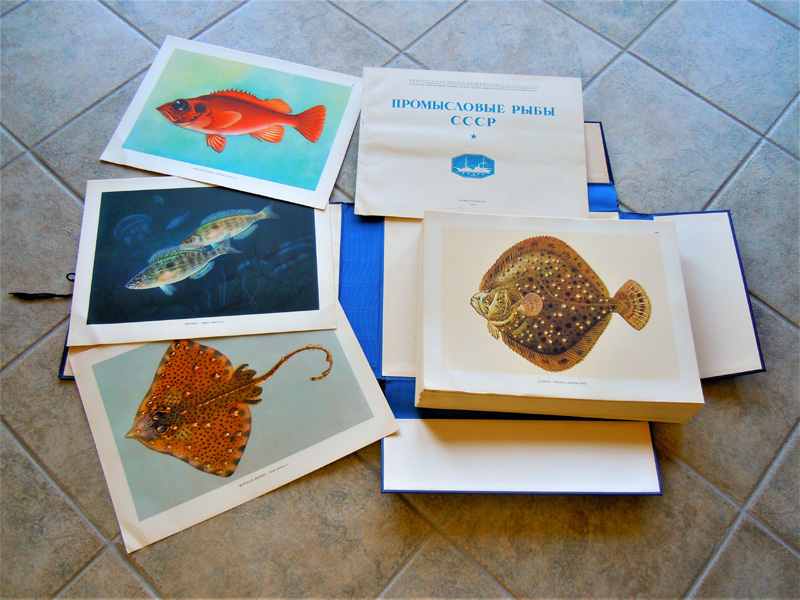 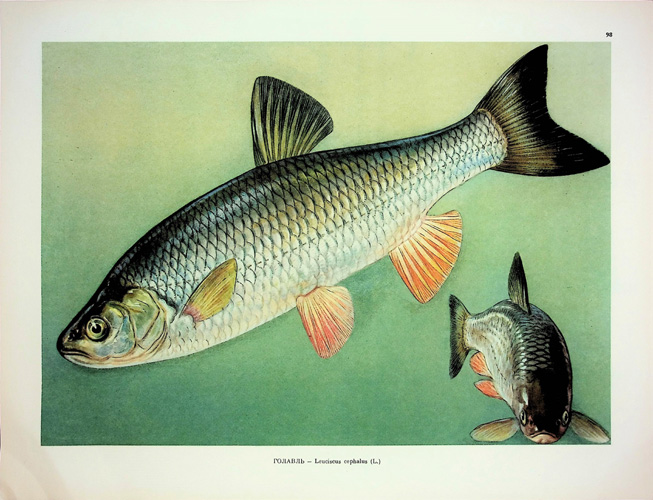 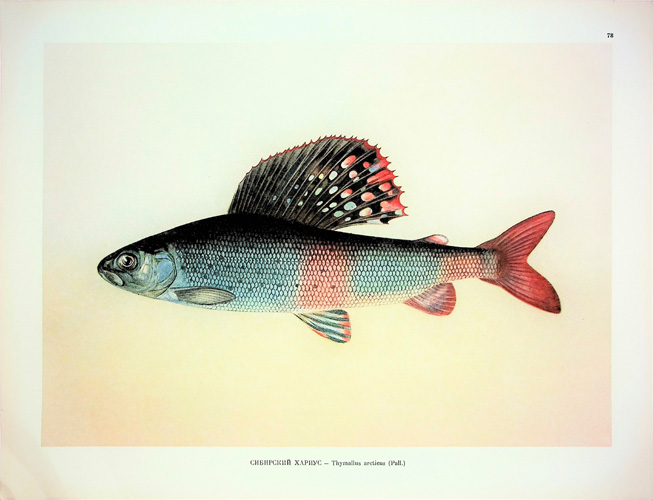 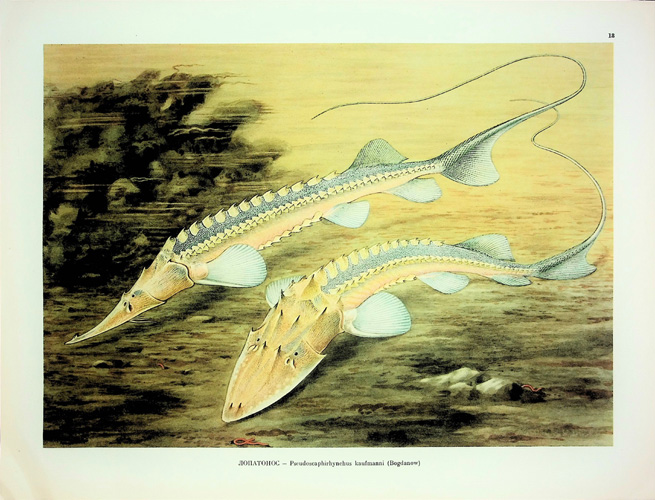 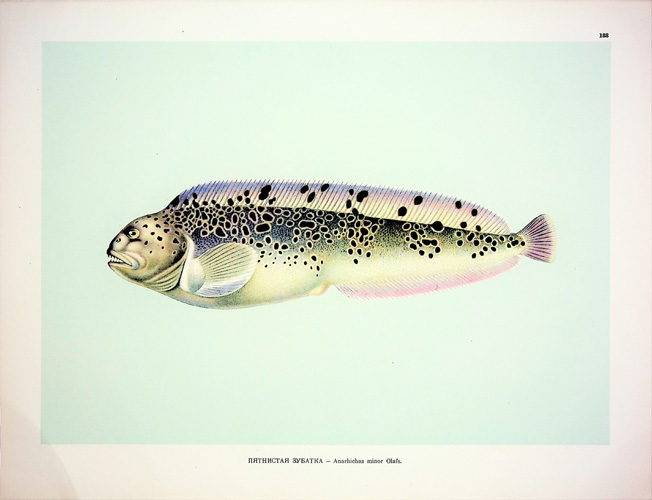 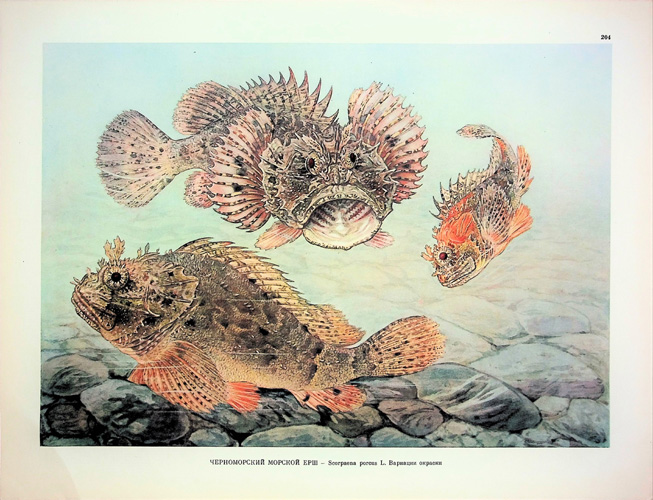 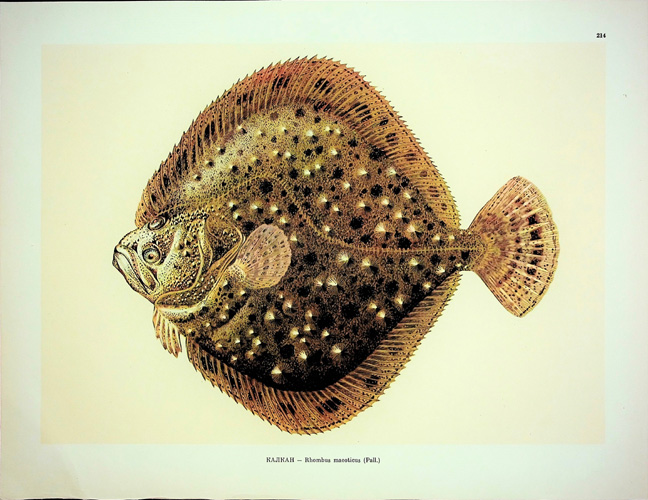 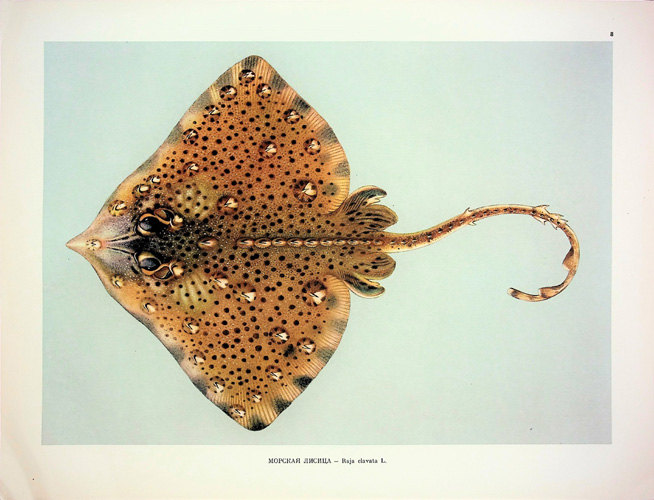 230 LARGE COLOR PRINTS OF THE FISH OF RUSSIA UNBOUND IN CUSTOM PORTFOLIO WITH INDEX OF SPECIES - BY LEV BERT, LEADING RUSSIAN ICHTHYOLOGIST. 12 x 16 x 3 inches portfolio, blue cloth binding with gilt title to cover and spine, ribbon ties, 11 3/4 x 15 1/4 inches Index of Plates (10 pages, stapled) with 230 color lithographic plates, each 11 3/4 x 15 1/4 inches with name of fish in Russian and Latin. Light wear to back of portfolio; plates are bright and clean, with bump to lower left corner of some of them. Very good. LEV SEMYONOVICH BERG (1876 - 1950) graduated from the Moscow University in 1898. Between 1903 and 1914, he worked in the Museum of Zoology in Saint Petersburg. He was one of the founders of the Geographical Institute, now a Faculty of Geography of the Saint Petersburg University. He was a leading Russian geographer, biologist and ichthyologist who served as President of the Soviet Geographical Society between 1940 and 1950, and he was also a member of the Russian Academy of Sciences. During his lifetime, Berg was a towering presence in the science of ichthyology. In 1916, he published four volumes of the study of Fishes of Russia. The fourth edition was issued in 1949 as Freshwater Fishes of the Soviet Union and Adjacent Countries and won him the Stalin Prize. Berg's name is featured in the Latin appellations of more than 60 species of plants and animals. HEAVY ITEMS REQUIRE EXTRA SHIPPING COSTS--PLEASE INQUIRE BEFORE PLACING ORDER.