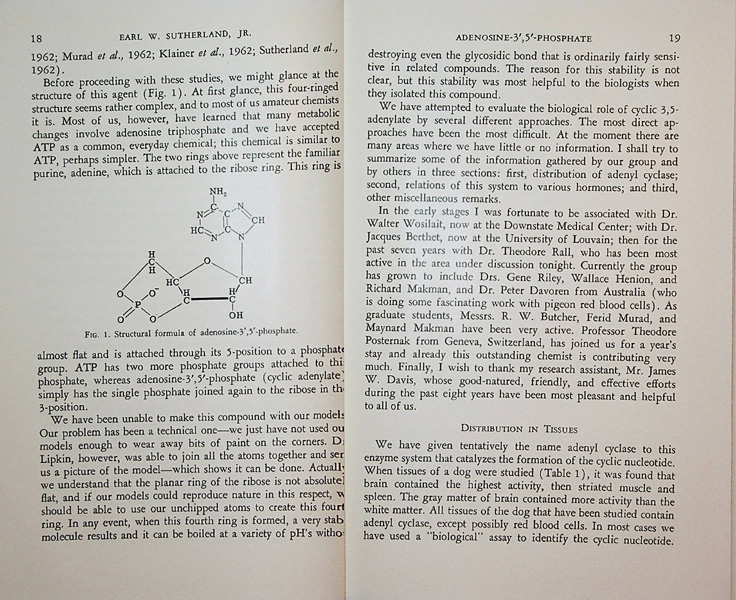 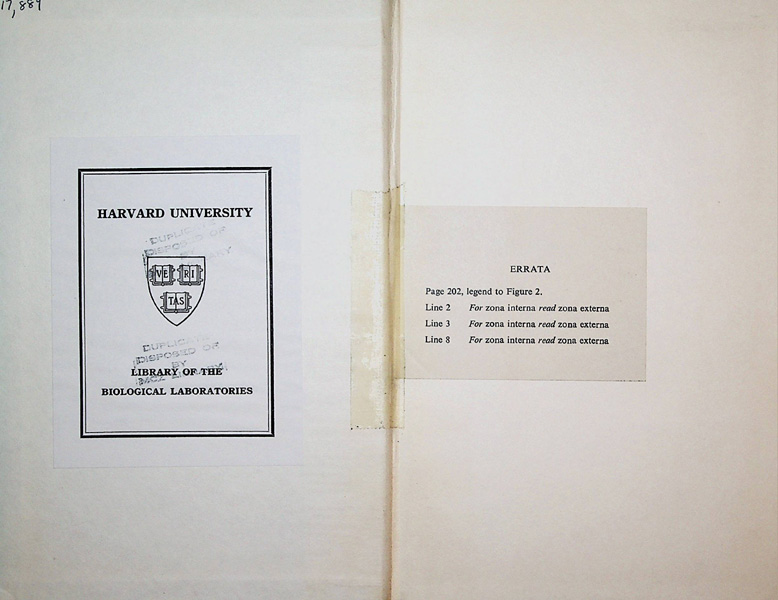 The Harvey Lectures delivered under the auspices of the Harvey Society of New York, Series 57

KEY LECTURES IN BIOLOGY AND MEDICINE AT THE DAWN OF MOLECULAR BIOLOGY BY WINNERS OF THE NOBEL PRIZE. 8 1/4 inches tall hardcover, xiv, 204 pages, red cloth binding, illustrated, corners bumped, university library bookplate to front paste-down, library pocket at rear, no external library markings, very good. THE HARVEY SOCIETY is a learned society based in New York City, Named after the British scientist William Harvey (1578-1657), its scope is 'the diffusion of knowledge of the medical sciences'. Since its founding in 1905, the society has sponsored an annual series of lectures given by leading biomedical researchers which it publishes in book form at the end of the year. On 1 April 1905 a group of 13 prominent New York physicians and scientists met at 9 East 74 Street in the residence of physiologist Graham Lusk. Also in attendance was John J. Abel, a noted pharmacologist from the Johns Hopkins University School of Medicine. Their intention was to form a society which would forge a 'closer relationship between the purely practical side of medicine and the results of laboratory investigation' by organizing a lecture series which would be open to physicians, scientists, and the general public. Many of the speakers were the recipients of the Nobel Prize. This volume contains lectures by Jacques Monod on New Insights into the Control of Cellualr Metabolism (Nobel), Sir Christopher Andrewes on Viruses and Common Colds, and George Palade on The Secretory Process (Lasker and Nobel). JACQUES LUCIEN MONOD (1910 - 1976), a French biochemist, won the Nobel Prize in Physiology or Medicine in 1965, sharing it with François Jacob and Andre Lwoff 'for their discoveries concerning genetic control of enzyme and virus synthesis'. Study of the control of expression of genes in the lac operon provided the first example of a transcriptional regulation system. Monod also suggested the existence of mRNA molecules that link the information encoded in DNA and proteins. He is widely regarded as one of the founders of molecular biology. SIR CHRISTOPHER HOWARD ANDREWES (1896 - 1988) was a British virologist who discovered the human influenza A virus in 1933. GEORGE EMIL PALADE (1912 - 2008) was a Romanian-American cell biologist. described as 'the most influential cell biologist ever'; He was awarded the Lasker Award in 1966 and the Nobel Prize in 1974 for his innovations in electron microscopy and cell fractionation which together laid the foundations of modern molecular cell biology, the most notable discovery being the ribosomes of the endoplasmic reticulum.

Title: The Harvey Lectures delivered under the auspices of the Harvey Society of New York, Series 57

The Harvey Lectures delivered under the auspices of the Harvey Society of New York, Series 57