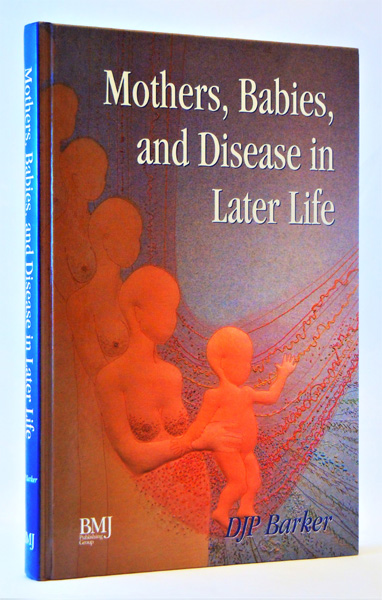 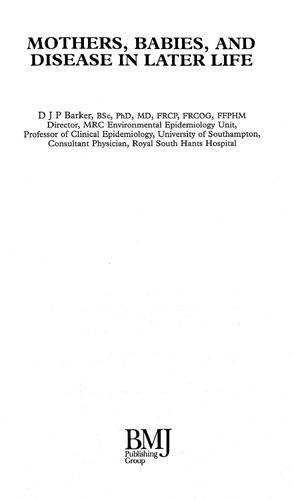 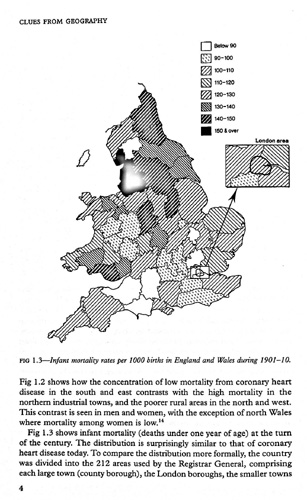 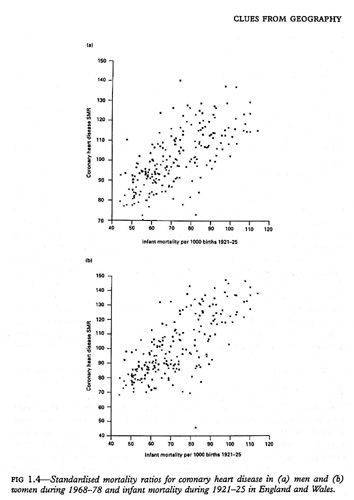 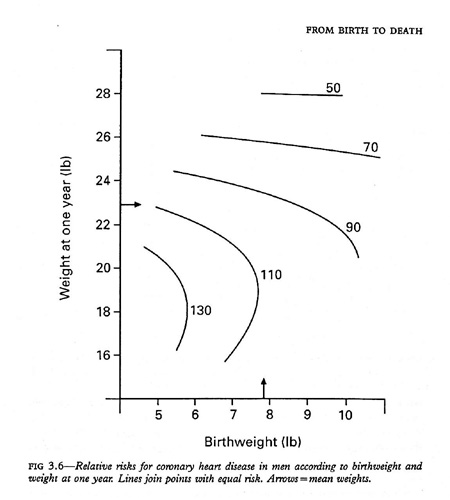 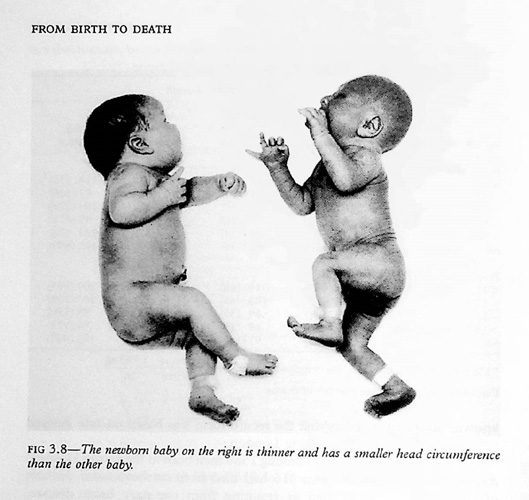 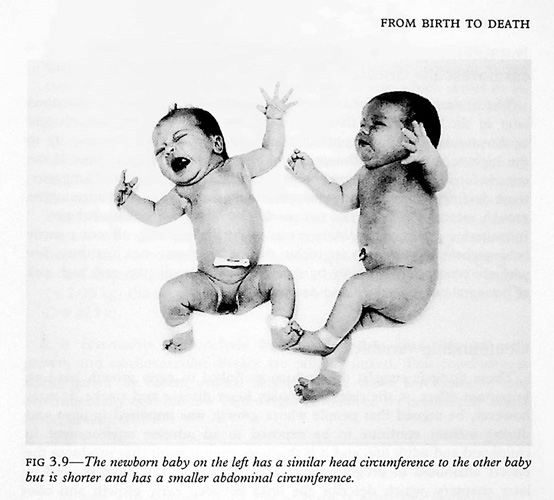 1994 FIRST EDITION ILLUSTRATED MONOGRAPH BY DAVID BARKER TRACING HIS PATH TO GENERATING THE BARKER HYPOTHESIS--THE DEVELOPMENTAL ORIGINS OF HEALTH AND DISEASE. 9 1/2 inches tall hardcover, color printed laminated covers, viii, 180 pp, illustrated, fine (no dust jacket as issued). DAVID JAMES PURSLOVE BARKER (1938 - 2013) was an English physician and epidemiologist and originator of the Barker Hypothesis that fetal and early infant conditions have a permanent conditioning effect on the body's metabolism and chronic conditions later in life. Barker was elected as a Fellow of the Royal Society and a Fellow of the Academy of Medical Sciences in 1998 and was appointed a CBE in 2006. The physician and epidemiologist David Barker, who has died aged 75, posited the initially controversial but now widely accepted idea that common chronic illnesses such as cancer, cardiovascular disease and diabetes result not always from bad genes and an unhealthy adult lifestyle, but from poor intrauterine and early postnatal health. The Barker hypothesis or foetal programming hypothesis proposed that the environment of the foetus and infant - determined by the mother's nutrition and the baby's exposure to infection after birth - determines the pathologies of later life. Barker undertook medical training at Guy's hospital, London, but maintained his interest in science throughout, and had his first paper published in Nature in 1961. In 1963, a year after qualifying, he became a research fellow in the department of social medicine at Birmingham University, studying under Tom McKeown, a social epidemiologist. In 1979 David became professor of clinical epidemiology at the University of Southampton medical school, and in 1984 he was appointed director of the Medical Research Council Environmental Epidemiology Unit, now the MRC Lifecourse Epidemiology Unit. It was during this period that he made his observation that maps of the UK showing, county by county, neonatal and post-neonatal mortality in the 1910s and 20s showed a strong geographical correlation with maps showing death from heart disease 60 to 70 years later. For the first time, he was hit with the realisation that an adverse environment in the womb and during infancy might be linked to the risk of chronic disease in later life. This field - developmental origins of health and disease, or DOHaD - proved the focus for the rest of his life's work. Evidence to support his hypothesis has since come from populations as far apart as Finland and India, and draws together foetal physiologists, zoologists, placentologists and nutritionists. He published more than 500 research papers and 10 books, was a fellow of the Royal College of Physicians, the Royal College of Obstetricians and Gynaecologists and the Royal College of Paediatrics and Child Health. Among many other honours, he was made a fellow of the Royal Society and of the Academy of Medical Sciences in 1998 and made a CBE for his services to preventative medicine in 2006.