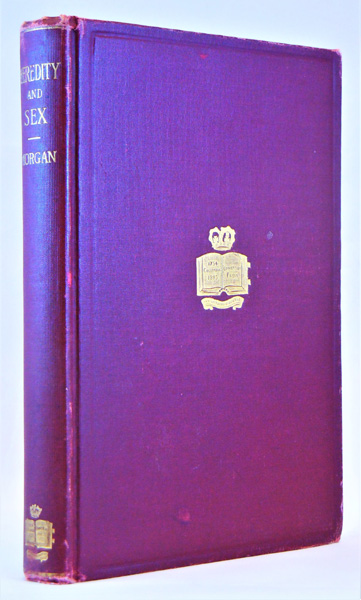 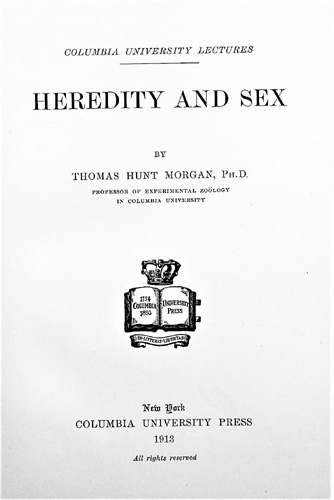 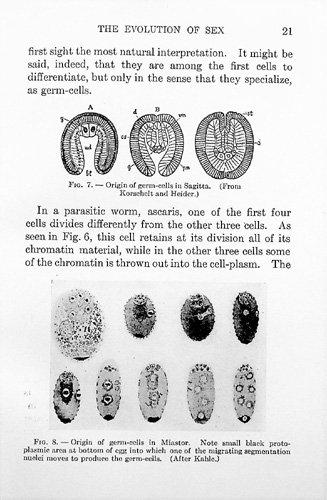 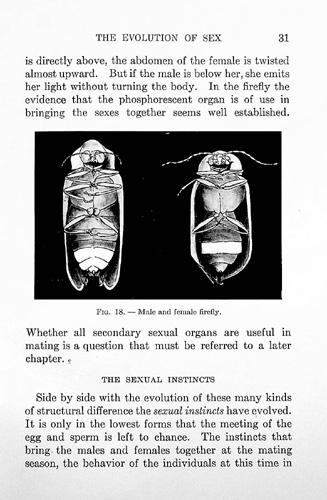 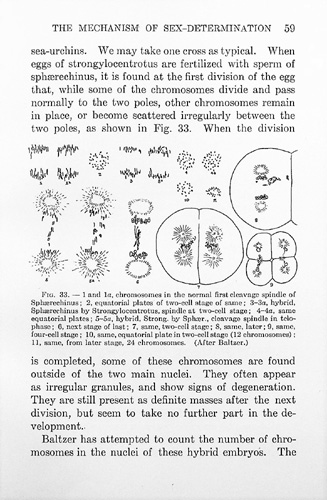 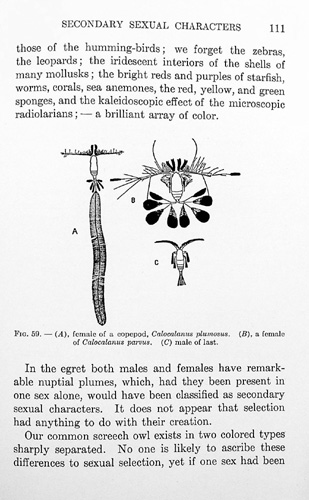 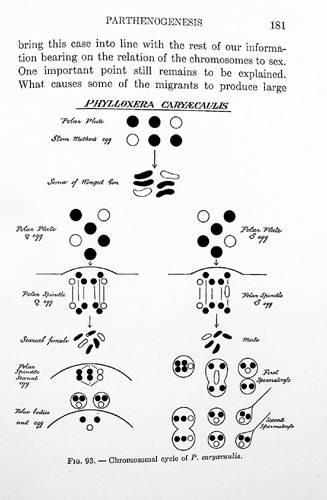 1913 FIRST EDITION OF T.H. MORGAN'S FIRST BOOK OF EXPERIMENTS ON DROSOPHILA, WHICH LED TO GROUNDBREAKING DISCOVERIES IN GENETICS AND THE NOBEL PRIZE IN 1933. 8 inches tall hardcover, red cloth binding, gilt emblem of Columbia University Press to cover, gilt title to spine, top edge gilt, signature of H. F. Roberts, $1.58 to front flyleaf, ix, 282 pp, 121 figures, publisher's advertisements, light wear to cover edges, binding tight, text unmarked, very good. FROM THE INTRODUCTION: Two lines of research have developed with surprising rapidity in recent years. The study of the cell has furnished some fundamental facts connected with problems of heredity. The modern study of heredity has proven itself to be an instrument even more subtle in the analysis of the materials of the germ-cells than actual observations on the germ-cells themselves. Jn the following chapters it has been my aim to point out, wherever possible, the bearing of cytological studies on heredity, and of the study of heredity on the analysis of the germinal materials. What I most fear is that in thus attempting to formulate some of the difficult problems of present-day interest to zoologists I may appear to make at times unqualified statements in a dogmatic spirit. I beg to remind the reader and possible critic that the writer holds all conclusions in science relative, and subject to change, for change in science does not mean so much hat what has gone before was wrong as the discovery of a better strategic position than the one last held. THOMAS HUNT MORGAN (1866 - 1945), an American evolutionary biologist, geneticist, embryologist, received his Ph.D. from Johns Hopkins University in zoology in 1890 and researched embryology during his tenure at Bryn Mawr. Following the rediscovery of Mendelian inheritance in 1900, Morgan began to study the genetic characteristics of the fruit fly Drosophila melanogaster. In his famous Fly Room at Columbia University, Morgan demonstrated that genes are carried on chromosomes and are the mechanical basis of heredity. These discoveries formed the basis of the modern science of genetics. As a result of his work, Drosophila became a major model organism in contemporary genetics. In accordance with his reputation, Morgan held numerous prestigious positions in American science organizations. From 1927 to 1931 Morgan served as the President of the National Academy of Sciences; in 1930 he was the President of the American Association for the Advancement of Science; and in 1932 he chaired the Sixth International Congress of Genetics in Ithaca, New York. In 1933 Morgan was awarded the Nobel Prize in Physiology or Medicine. Heredity was a central plank of Darwin's theory of natural selection, but Darwin could not provide a working theory of heredity. Darwinism could not progress without a correct theory of genetics. By creating that foundation, Morgan contributed to the neo-Darwinian synthesis, despite his criticism of Darwin at the beginning of his career. PROVENANCE: HERBERT FULLER ROBERTS (1870 - 1937), historian of early genetics, author of Plant Hybridization Before Mendel (1929).