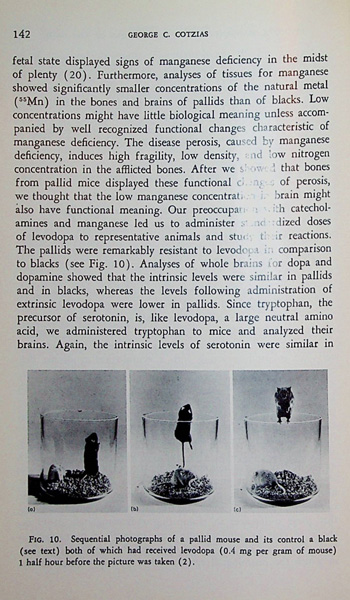 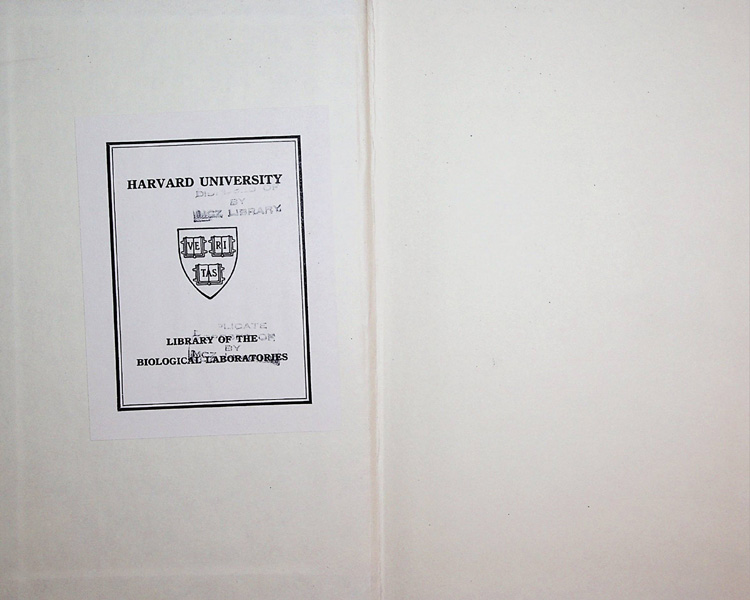 The Harvey Lectures delivered under the auspices of the Harvey Society of New York, Series 68

KEY LECTURES IN NEUROSCIENCE BY WINNERS OF THE LASKER AWARD AND NOBEL PRIZE. 8 1/4 inches tall hardcover, xiv, 475 pages, red cloth binding, illustrated, corners bumped, university library bookplate to front paste-down, very good. THE HARVEY SOCIETY is a learned society based in New York City, Named after the British scientist William Harvey (1578-1657), its scope is 'the diffusion of knowledge of the medical sciences'. Since its founding in 1905, the society has sponsored an annual series of lectures given by leading biomedical researchers which it publishes in book form at the end of the year. On 1 April 1905 a group of 13 prominent New York physicians and scientists met at 9 East 74 Street in the residence of physiologist Graham Lusk. Also in attendance was John J. Abel, a noted pharmacologist from the Johns Hopkins University School of Medicine. Their intention was to form a society which would forge a 'closer relationship between the purely practical side of medicine and the results of laboratory investigation' by organizing a lecture series which would be open to physicians, scientists, and the general public. Many of the speakers were the recipients of the Lasker Award or the Nobel Prize. The Lasker Awards have been awarded annually since 1945 to living persons who have made major contributions to medical science or who have performed public service on behalf of medicine. They are administered by the Lasker Foundation, founded by Albert Lasker and his wife Mary Woodard. Known as 'America's Nobels', the Lasker Award has identified many future winners of the Nobel Prize. This volume contains lectures by George Cotzias on Levodopa, Manganese, and Degenerations of the Brain and Gerald Edelman on Antibody Structure and Cellular Specificity in the Immune Response. GEORGE CONSTANTIN COTZIAS (1918 - 1977) was a Greek-American scientist who together with his coworkers developed L-Dopa treatment, currently the most commonly used treatment for Parkinson's disease. In 1957 Swedish scientist Arvid Carlsson demonstrated that dopamine was a neurotransmitter in the brain and not just a precursor for norepinephrine, as had been previously believed. He developed a method for measuring the amount of dopamine in brain tissues and found that dopamine levels in the basal ganglia, a brain area important for movement, were particularly high. He then showed that giving animals the drug reserpine caused a decrease in dopamine levels and a loss of movement control. These effects were similar to the symptoms of Parkinson's disease. Unlike dopamine, L-Dopa passes the blood brain barrier. This produced transient benefit after injection of L-dopa. However, because of the severe toxicity associated with the injection, L-Dopa was not of practical value as a treatment. At this point, Cotzias made the critical observation that converted the transient response into a successful, large scale treatment. By starting with very small doses of DOPA, given orally every two hours under continued observation, and gradually increasing the dose he was able to stabilize patients on large enough doses to cause a dramatic remission of their symptoms. Dr. Cotzias is the winner of the 1969 Albert Lasker Award for Clinical Medical Research. GERALD MAURICE EDELMAN (1929 - 2014) was an American biologist who shared the 1972 Nobel Prize in Physiology or Medicine for work with Rodney Robert Porter on the immune system. Edelman's Nobel Prize-winning research concerned discovery of the structure of antibody molecules. In interviews, he has said that the way the components of the immune system evolve over the life of the individual is analogous to the way the components of the brain evolve in a lifetime. There is a continuity in this way between his work on the immune system, for which he won the Nobel Prize, and his later work in neuroscience and in philosophy of mind. While in Paris serving in the Army, Edelman read a book that sparked his interest in antibodies. He decided that, since the book said so little about antibodies, he would investigate them further upon returning to the United States, which led him to study physical chemistry for his 1960 Ph.D. Research by Edelman and his colleagues and Rodney Robert Porter in the early 1960s produced fundamental breakthroughs in the understanding of the antibody's chemical structure, opening a door for further study. For this work, Edelman and Porter shared the Nobel Prize in Physiology or Medicine in 1972.

Title: The Harvey Lectures delivered under the auspices of the Harvey Society of New York, Series 68

The Harvey Lectures delivered under the auspices of the Harvey Society of New York, Series 68