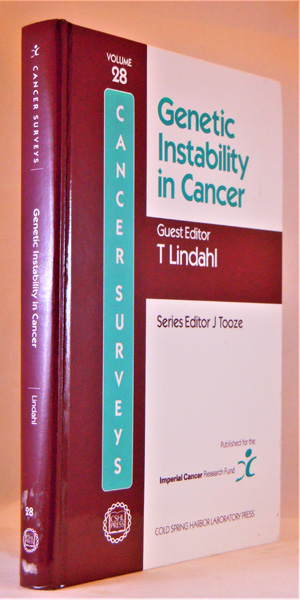 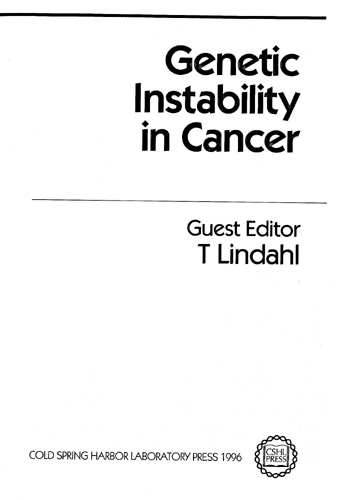 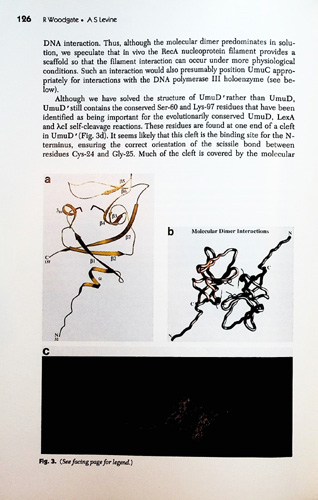 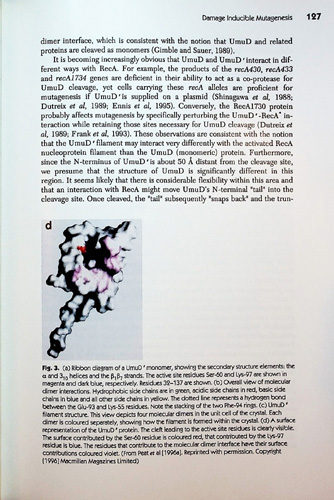 1996 COLLECTION OF PAPERS BY LEADERS IN RESEARCH OF DNA REPAIR, EDITED BY THOMAS LINDAHL, AWARDED THE NOBEL PRIZE IN 2015 FOR HIS WORK IN THIS FIELD. 10 1/4 inches tall hardcover, color printed laminated covers, handstamp to edge, front flyleaf and back paste-down, residue from removed library pocket back paste-down, vi, 353 pp, illustrations, binding tight, text pages unmarked, good+. THOMAS ROBERT LINDAHL (born 1938) did postdoctoral research at Princeton University and Rockefeller University. He was professor of medical chemistry at the University of Gothenburg 1978â€“82. After moving to the United Kingdom he joined the Imperial Cancer Research Fund (now Cancer Research UK) as a researcher in 1981. From 1986 to 2005 he was the first Director of Cancer Research UK's Clare Hall Laboratories in Hertfordshire, since 2015 part of the Francis Crick Institute. He continued to research there until 2009. He has contributed to many papers on DNA repair and the genetics of cancer. Lindahl is noted for his contributions to the comprehension of DNA repair at the molecular level in bacterial and mammalian cells. He was the first to isolate a mammalian DNA ligase and to describe a totally unanticipated novel group of DNA glycosylases as mediators of DNA excision repair. He has also discovered a unique class of enzymes in mammalian cells, namely the methyltransferases, which mediate the adaptive response to alkylation of DNA and has shown that the expression of these enzymes is regulated by the ada gene. Lindahl has also made a number of significant contributions to understanding at the DNA level the mechanism of transformation of B-lymphocytes by the Epstein-Barr virus. He shared the Nobel Prize in Chemistry in 2015 with Paul Modrich and Aziz Sancar 'for mechanistic studies of DNA repair'.