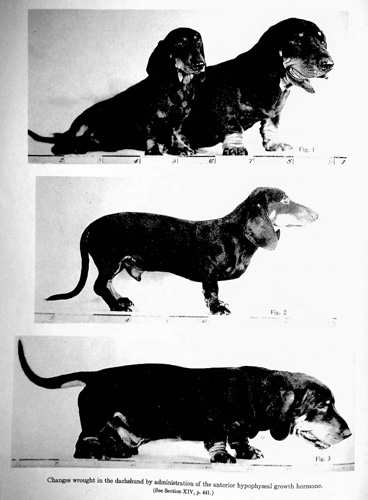 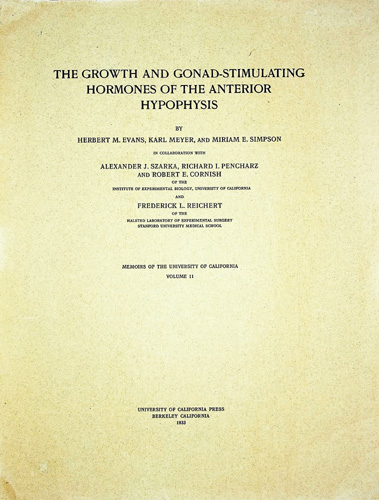 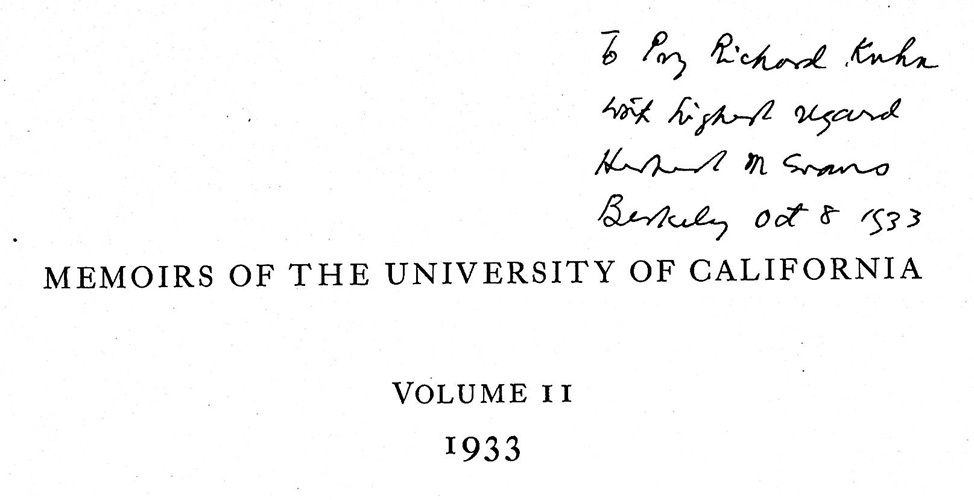 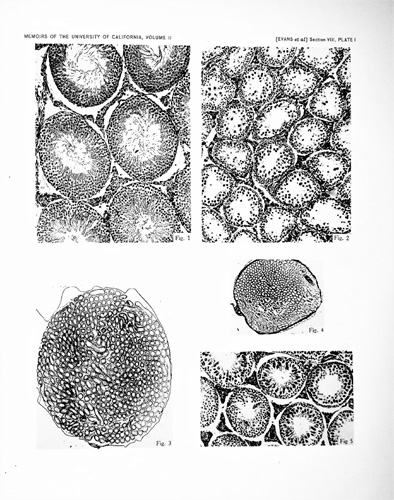 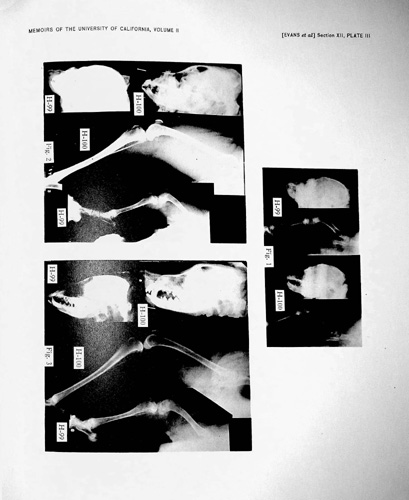 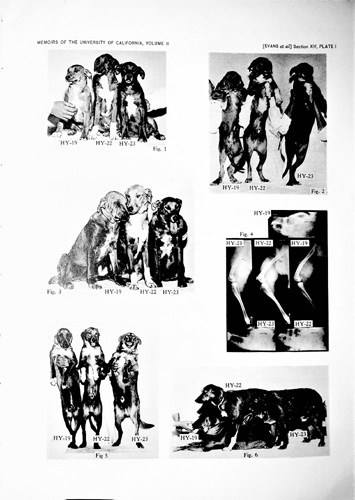 1933 ILLUSTRATED PIONEERING STUDIES OF GROWTH HORMONES IN RATS AND DOGS BY HERBERT EVANS, INSCRIBED TO NOBEL RECIPIENT RICHARD KUHN, 12 3/4 inches tall thick volume with printed paper covers, inscribed and signed on half-title page, To Prof. Richard Kuhn/ with highest regard/ Herbert M. Evans/ Berkeley Oct 8 1933; numerous plates, text-figures and tables, [9], 446 pp, light wear to cover edges, soiling to edges, binding tight, text and plates clean and bright, very good. HERBERT MCLEAN EVANS (1882 - 1971) was an anatomist and embryologist at Johns Hopkins University. He moved back to California in 1915 and was made professor of anatomy at the University of California, Berkeley, and held that position until his death. His medical research at Berkeley addressed problems relating to human nutrition, endocrinology, embryology, and histology. In 1918, his research into the number of human chromosomes led him to believe the number to be 48, when most people assumed the number to be much higher. It was only later discovered that the correct figure was 46. Evans is better known for his pioneering studies of hormones extracted from the anterior lobe of the pituitary gland. He isolated human growth hormone, which is essential for human growth and development, and human cadaveric-derived groth hormone was used to treat growth failure in children until 1985. At that time, some treated patients developed Creutzfeldt-Jakob disease, an acquired form of prion disease. This led to the development of the first human recombinant hormone that gave birth to the biotechnology industry. Evans became director of the Institute of Experimental Biology at Berkeley, in 1931. PROVENANCE: RICHARD KUHN (1900 - 1967) was an Austrian-German biochemist who investigated theoretical problems of organic chemistry (stereochemistry of aliphatic and aromatic compounds; syntheses of polyenes and cumulenes; constitution and colour; the acidity of hydrocarbons), as well as biochemistry (carotenoids; flavins; vitamins and enzymes). He carried out important work on vitamin B2 and the antidermatitis vitamin B6. In 1929 he became Principal of the Institute for Chemistry at the newly founded Kaiser Wilhelm Institute for Medical Research (which, since 1950, has been renamed the Max Planck Institute for Medical Research in Heidelberg). By 1937 he also took over the administration of this Institute. In addition to these duties he also served as of Professor of Biochemistry at the University of Heidelberg, and for one year he was at the University of Pennsylvania, Philadelphia as a Visiting Research Professor for Physiological chemistry. He was subsequently awarded the Nobel Prize in Chemistry in 1938 for his work on carotenoids and vitamins, but was unable to accept the award until after World War II.

Title: The Growth and Gonad-Stimulating Hormones of the Anterior Hypopysis

Inscription: Signed by author and inscribed to Nobel recipient