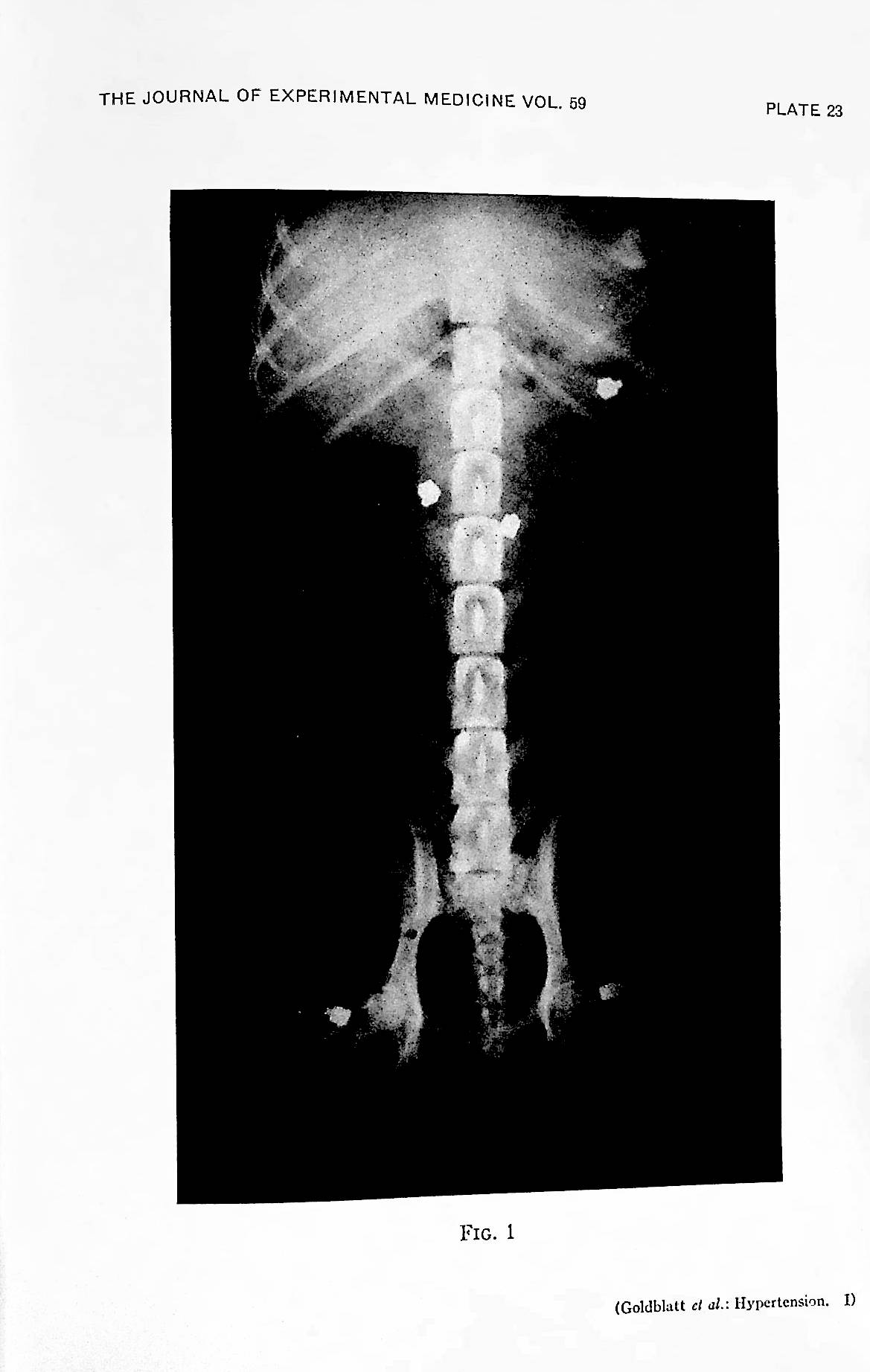 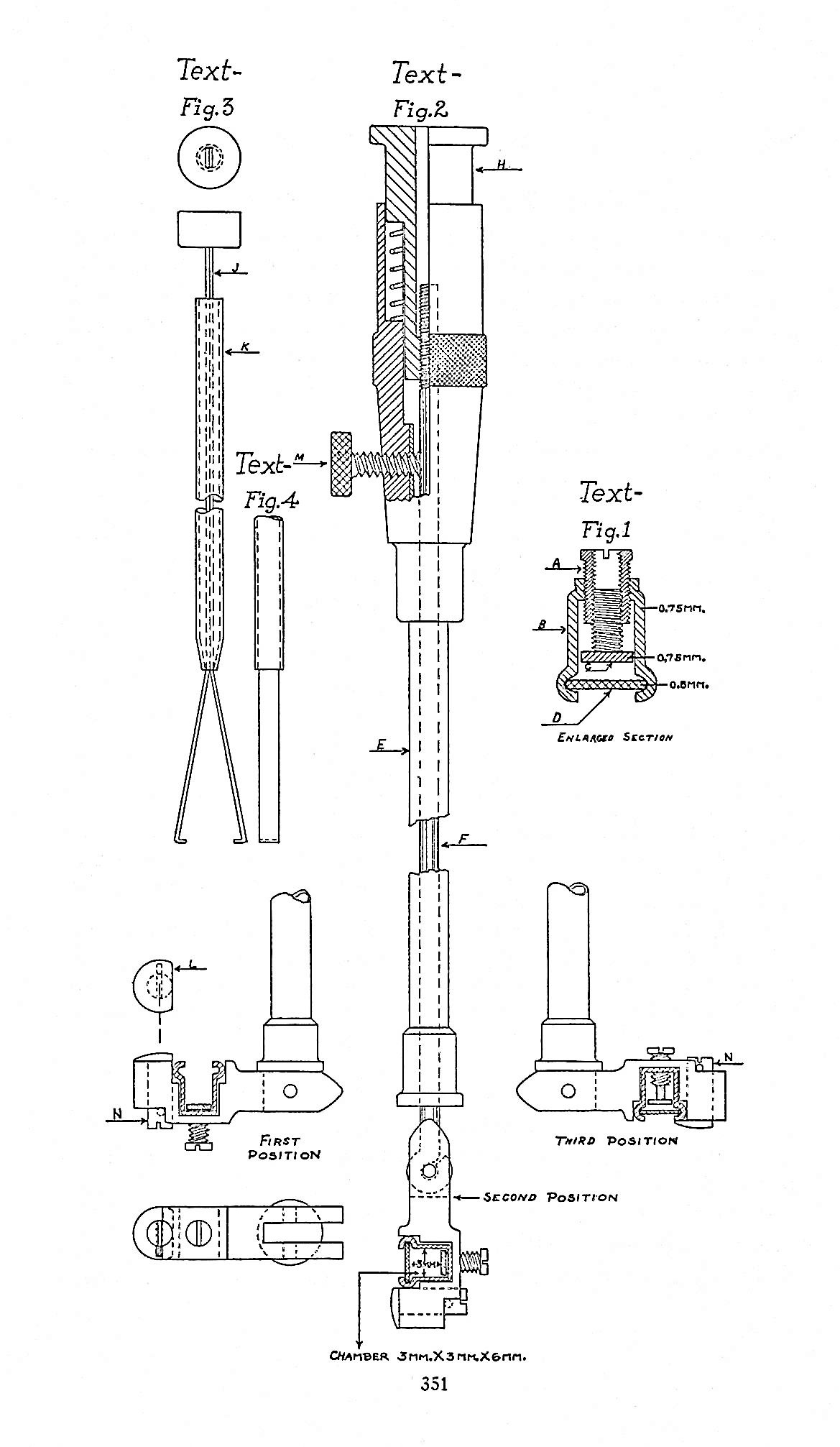 Studies in experimental hypertension. I. The production of persistent elevation of systolic blood pressure by means of renal ischemia

1934 FIRST EDITION OF SEMINAL PAPER ON EXPERIMENTAL HYPERTENSION BY HARRY GOLDBLATT AND ASSOCIATES. 10 inches tall extract from the Journal of Experimental Medicine, Vol. 59, pp 347-379, 1934; 15 text figures, 2 plates, in recent gray stiff paper covers, fine. GARRISON-MORTON No. 2719. Goldblatt discovered the role of the kidneys in the regulation of blood pressure. This was the first of Goldblatt's papers on experimental hypertension, which established an etiologic role for renal ischemia in the production of hypertension and established a laboratory basis for its study. HARRY GOLDBLATT (1891-1977) was internationally recognized for his research in high blood pressure. From 1924-27 he was assistant professor of pathology at Western Reserve University; he was associate professor from 1927-35. Between 1935-46 he was professor of experimental pathology and director of WRU's Institute of Pathology. After 7 years as director of medical research at Cedars of Lebanon Hospital, Los Angeles, Goldblatt returned to Cleveland, becoming Mt. Sinai's director of laboratories. From 1961 he was director of the Louis D. Beaumont Research Laboratories. Goldblatt experimented in the early 1930s to discover the cause of essential hypertension, learning that clamping off part of the main arteries to the kidneys caused high blood pressure. Goldblatt tried to prove that renin, in normal kidneys, was the origin of essential hypertension. In 1965, with Dr. Erwin Haas, he isolated 4,000 ampoules of renin and Goldblatt units became the international standard of measurement of human renin. Later, with Drs. Haas and Sharad Deodhar, Goldblatt produced antirenin with acetylated homologous renin. Goldblatt received many honors, most significantly the Scientific Achievement Award of the American Medical Association in 1976.

Title: Studies in experimental hypertension. I. The production of persistent elevation of systolic blood pressure by means of renal ischemia

Studies in experimental hypertension. I. The production of persistent elevation of systolic blood pressure by means of renal ischemia